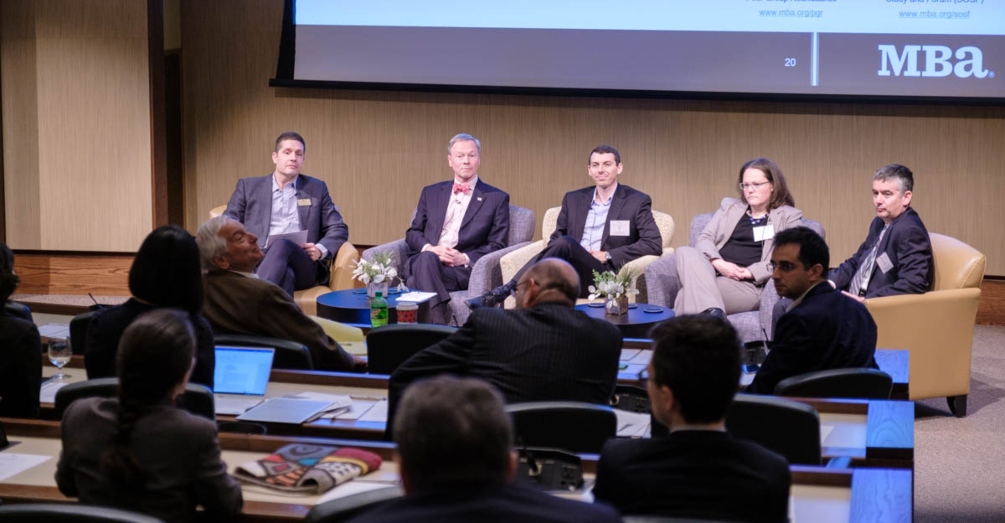 The United States housing market will likely experience a favorable 2020, according to panelists.

The event brought together academics, central bankers, and industry experts to discuss current trends in the U.S. housing market with a strong focus on the rental market. In addition, the conference covered in-depth research to help understand the drivers of housing markets, how to measure them, as well as the potential implications of policy decisions.

“The focus of this inaugural conference was the drop in homeownership and the rise in the importance of rental markets.”

“Housing markets play a key role for the macro economy and for financial markets. Understanding them is crucial for many businesses, for households and for policy-makers,” said IE Business School Professor Pedro Gete. “The focus of this inaugural conference was the drop in homeownership and the rise in the importance of rental markets. The conference focused mostly on the U.S. but the deep economic forces discussed also apply to Europe and other continents as my own research has shown.”

The event provided a unique forum in which academics, industry experts and central bankers can discuss recent developments. In general*, conference panelists agreed that the US real estate market is poised for a favorable year in 2020 because the supply of homes is unlikely to meet the increase in demand. Imbalances between supply and demand will increase home prices and keep many potential first-time buyers in the rental market, which will in turn sustain or increase demand for rental units.

Building shortages are usually attributed to labor shortages, the panelists noted that this estimation might be overemphasized because average wage growth for construction workers has been slow. Hot labor markets are usually associated with higher wages. Among others, alternative hypotheses offered by panelists included: longer time to completion on new construction; a lack of available lots; desire to age in place by older generations; and lack of appetite from builders who are afraid of a large future supply of homes over next 20 years due to the passing of baby boomers.

The conference also discussed the downward trend in cap rates in multifamily housing, likely driven by investors (foreigners many of them) chasing for yield. And the equilibrium effects that Airbnb and new technologies are having in housing markets.

The second annual conference will be held in Spring 2021 and will keep building strong links between the industry, academia and policymakers. It will enlarge the focus to cover events on both side of the Atlantic.

*This is a general summary of the discussion and should not be considered comprehensive. For additional information about the conference or details on the individual views of a particular panelist, please contact IE Business School Professor Pedro Gete.

Profesor Gete’s research focuses on credit markets with applications to topics including Real Estate, Finance, International Economics, and Macroeconomics. His research is related to policy questions, and he often interacts with policy institutions, such as Central Banks, International Organizations, and Regulators of Financial and Real Estate Markets. In addition to IE Business School, where he serves as Director of the Finance Department, Professor Gete has taught at the Chicago-Booth Business School, Georgetown University, and at Universidad Carlos III de Madrid.