“Women and youth represent 75% of the world’s population. That means we have to invest much more in them and do much more for their empowerment,” he said on Wednesday in a conversation organized by IE University with the Dean of the IE School of Global and Public Affairs, Susana Malcorra, who was his Chief of Staff from 2012 to 2015.

“Political leaders must develop a better plan for the future of our young people and students.”

During the virtual meeting, “Making Sense Of The World We Live In,” the eighth UN Secretary-General highlighted the need for a new generation of thinkers and doers, young leaders “who can see the magnitude of the changes ahead of us and who can move forward and take action. This is my message to young people.” For Mr. Ban Ki-moon, this is especially important in respect to COVID-19 and the fight against climate change, two issues which he identified as the most pressing challenges of the moment. 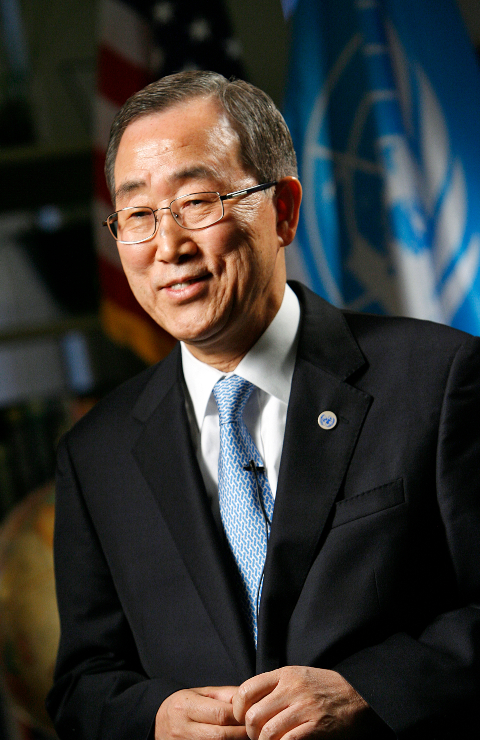 Pointing out that the coronavirus has not only changed our daily lives, health systems, economies, interpersonal relationships and societies, but also amplified inequalities in health, work, housing, food, gender and other areas, and thus further expanding protectionism, Mr. Ban Ki-moon noted that the pandemic has at the same created valuable opportunities to change the world for the better. “To do this, we must unite in solidarity,” he continued, calling on young people and major academic institutions, such as universities, to take the initiative.

The only way to respond to challenges of this magnitude is to understand that the pandemic is a global problem, said Mr. Ban Ki-moon: “the greatest threat we have faced since World War II,” which requires “a strong multilateral response,” with solidarity, cooperation, partnerships and global governance, and, of course, strong leadership from the United Nations and the World Health Organization.

The former UN Secretary General noted the lack of leadership at the global level and believes that most politicians are more concerned about their short-term achievements than long-term goals. “Unfortunately, the pandemic has also unleashed a torrent of racism and xenophobia, hate crimes, conspiracy theories and disinformation.”

Had global leaders worked together, as they did in 2014 to eradicate Ebola, the current pandemic could have been overcome by now, he suggested. “Instead of cooperation, solidarity and leadership, we are seeing polarization, misinformation and a refusal to listen to the experts.”

When crises like this occur and there is no joint effort by UN member states, in the end it is the people who suffer most, argued the former UN Secretary-General. “That’s why I think we have more than 10 million people infected and more than 500,000 have lost their lives, because leaders have not listened to the experts and doctors and scientists and have not shown the sense of unity and solidarity they should have,” he continued.

“It is a pity that so far, five months after the outbreak, the UN Security Council has not been able to take any action because the major powers are pointing the finger at each other, blaming each other,” said Mr. Ban Ki-moon, warning that unless the major powers change their attitude, “7.5 billion global citizens face a very difficult future.”

He also regretted Washington’s decision to abandon the Paris Agreement on Climate Change, along with other international organizations, which he called “politically and morally short-sighted and very irresponsible.”

“Greening our economies and societies must be at the heart of the recovery of COVID-19.”

Mr. Ban Ki-moon who worked closely with UN Member States to shape Agenda 2030, recalled that, like COVID-19, the climate crisis is a global challenge that requires urgent action. “Greening our economies and societies must be at the heart of the recovery of COVID-19,” he said. “I firmly believe that in this era of uncertainty, combating climate change and meeting the UN’s Sustainable Development Goals are two critical efforts that can bring us together at a time when the pandemic has shown how interconnected we are.”

He added: “Doing so will address inequality, protect our planet, expand prosperity and inclusion, advance the empowerment of women and girls, and prepare for future pandemics.” Leading academic institutions and students must play a crucial role in coordinating these efforts.

Finally, Mr. Ban Ki-moon called for further reform of the UN focused on transparency and effectiveness to ensure that it remains “a respected, accountable and necessary body and to meet the expectations of member states, while never forgetting the world’s poorest and most vulnerable.” As Susana Malcorra pointed out, during his term as Secretary-General between 2007 and 2016, Mr. Ban Ki-moon was always guided by his belief in never leaving anyone behind.

Ban Ki Moon in conversation with Susana Malcorra from IE Communications on Vimeo.