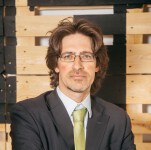 Michele Testoni is Adjunct Professor in the School of International Relations at IE University since 2013. He is also Visiting Professor in the “Global Economy and Social Affair Master” (GESAM) co-organized by the University of Venice “Ca’ Foscari” and the International Labour Organization (ILO). Prior to join IE, he taught in several academic institutions such as the University of Bologna, Dickinson College, and John Cabot University in Rome. He received a PhD in Political Science from the University of Florence and a Master in International Relations from the Paul H. Nitze School of Advanced International Studies (SAIS) of Johns Hopkins University. His research focuses on international security issues, with a special interest in US foreign policy and NATO. He has published in several journals, including European Security and Quaderni di Scienza Politica. He is member of the Spanish Political Studies Association (AECPA) and the Transatlantic Studies Association (TSA), where he is also part of the Management Committee. From 2010 to 2012 he was appointed Associate Fellow at SAIS-Europe, Johns Hopkins University. He also collaborates with Transparency International.