We recently had the opportunity to hear from Pedro Gete, professor in the Master in Applied Economics, in the virtual masterclass “The Economics of Climate Change.” This is what we learned!

Climate change is affecting nearly every aspect of our lives, from how we work, to where we travel, who we vote for, and what we buy. At this point, we know that how we act now will have a crucial impact on the future of our planet. Pedro Gete, professor in the new Master in Applied Economics, knows this all too well—and is working to pave a brighter future through the lens of economics.

We recently had the pleasure to welcome Pedro to give a masterclass on the impact that the climate crisis will have on the economy—particularly, the economics of the real estate industry—and how we can lessen that impact.

Pedro boasts an impressive academic and professional trajectory, with both a Master and PhD in Economics from the University of Chicago under his belt. He has taught at several American universities—such as Georgetown University and the University of Pennsylvania—as well as at our very own IE Business School.

From the imminent risks caused by climate change to the response on behalf of banking institutions and innovative new startups, Pedro gave us some expert insight into the challenges and opportunities arising from climate-fueled changes in environmental economics. Here are the top insights we gleaned.

A sea of risk arising from climate change

The past few years have brought a clear increase in the frequency and impact of natural disasters such as floods, wildfires, drought and hurricanes. And no one is exempt from these disasters, with record-breaking storms hitting regions that normally don’t see them, such as Central Europe.

But we can’t simply wait for the storm to pass, because, as Pedro says, “climate change has no expiration date.”

These disasters have both short-term and long-term economic impacts. “Weather-related financial losses are increasing, but the percentage of losses that are insured is not matching the increase in loss,” Pedro explains. “How do we provide insurance when there are so many unknowns, in terms of weather?” For example, after a local flood, the community would not only have to pay for the damages to their homes—they’d also have to pay more to insure their property moving forward.

Besides the physical and financial risks stemming from climate change, there are also “transition risks” that arise from a change in society’s mentality, Pedro explains.

These include shifts in policy, technologies, personal preferences and norms, and they have an effect on households, companies, and entire countries. To give an example, if a business decides to do away with plastic packaging and switch to recycled carton, this could result in a higher cost of doing business, which would later be reflected in the prices of the goods they offer.

Of course, it’s not just individuals and companies who play their part in responding to the climate crisis.

It is also the responsibility of governments, NGOs and banking institutions to try to pave the way forward.

The European Banking Authority, for example, has been collaborating with organizations to create better policies, such as the new rule that EU banks must disclose the percentage of their loans and securities which adhere to the EU taxonomy. The goal of new policies and guidelines is to steer capital away from polluters and force investors to put their money in greener initiatives.

Another initiative that several countries have placed their bets on is climate stress testing, which, as Pedro explains, “consists of testing banks’ and corporations’ resilience in a range of different climate scenarios.” These tests can help us better prepare for climate crises—both gradual and acute—so as to stabilize the market. However, Pedro warns that we’re still perfecting these testing programs, as we don’t yet have a solid way to quantify different indicators of risk.

So how can future economists like you play a part in blazing the trail for a more stable and sustainable future?

Innovative startups like Cooler Future, Trine, and OS-C (which Goldman-Sachs has recently joined as a member), make it easier to invest without hurting the planet. “These initiatives are part of a bigger wave of climate-smart investing,” says Pedro. “They promote investments that are financially smart, low risk and make a positive impact.”

As an applied economist, you can encourage climate-smart investing in any role, whether you’re a consultant, the founder of a startup, or a leader in a multinational corporation.

“Real estate is directly affected by climate.” If you had any doubt before the masterclass, Pedro made it very clear that the real estate industry is not exempt from the effects of climate change, with coastal properties sinking, beach houses falling off cliffs, and buildings being swallowed by receding shorelines. But not all buyers bear the brunt of these effects.

Pedro gave the example of a famous Greenpeace report about La Manga del Mar Menor in the south of Spain, in which they projected the strip of land would sink in the decades to follow.

After the release of this massive report, property prices logically dropped on the coast, yet rental prices for more inland spots stayed the same.

Why is this an issue? According to Pedro, this response creates a divide, a line drawn between the winners and the losers of climate change. “High-income earners will move to the top of the hill, so to speak, and low-income people will be stuck at the bottom of the hill, in high-risk areas of real estate.” This divide is called climate gentrification, and its biggest enemy is those people and companies who vote for policies that only favor their own interests, without prioritizing long-term effects.

“We need a way to all work together with the same goals, because climate change has a great impact on inequality,” Pedro concluded.

As Pedro made clear in this enlightening masterclass, the climate crisis will have major effects on the real estate sector, the banking industry and the economy at large. The best way forward—for your career and for the planet—is to embrace the innovative, long-term solutions that put equality and the planet front and center.

Blaze the trail for the new economy

Want to join professor Pedro Gete as a leader in the world of economics? Discover how our new Master in Applied Economics can propel you to the forefront of the industry. 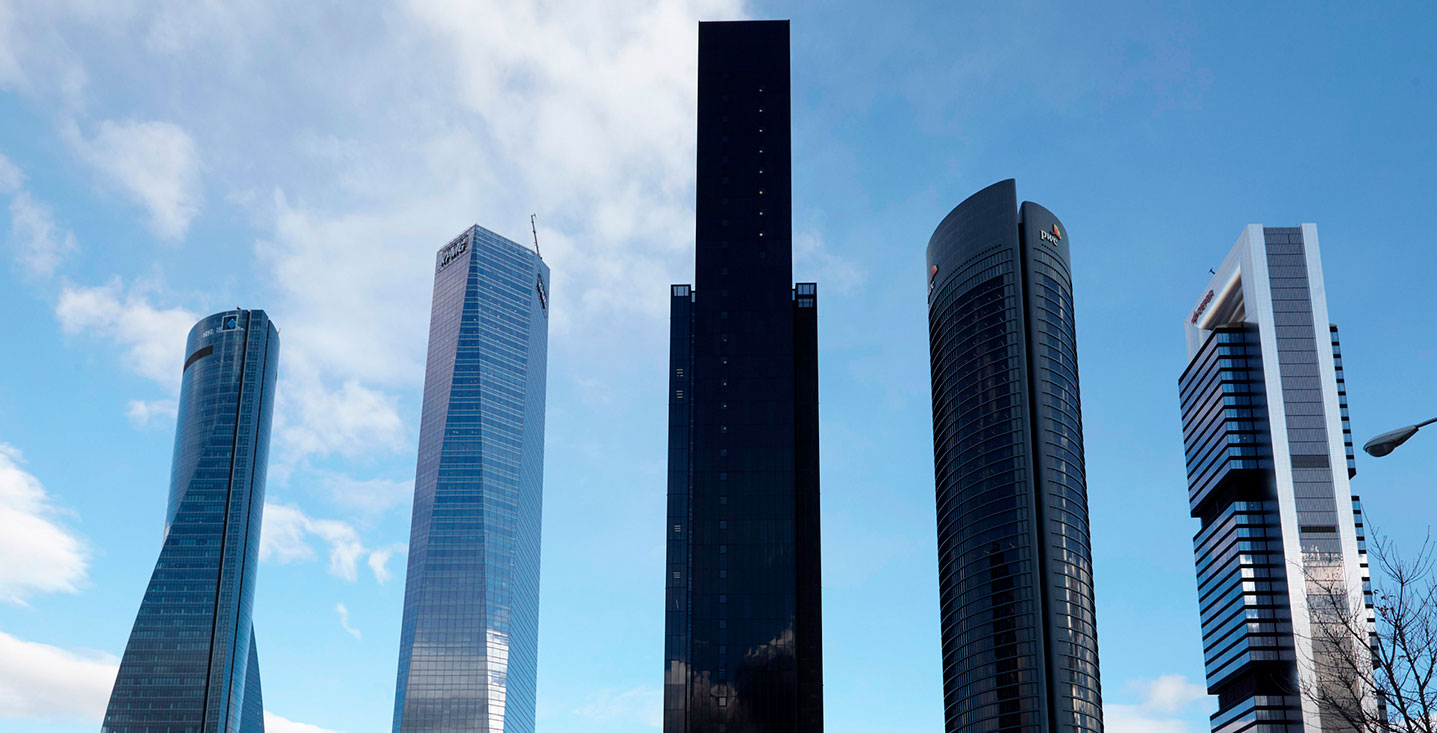 IE Business School in Madrid: the best place to advance your business career 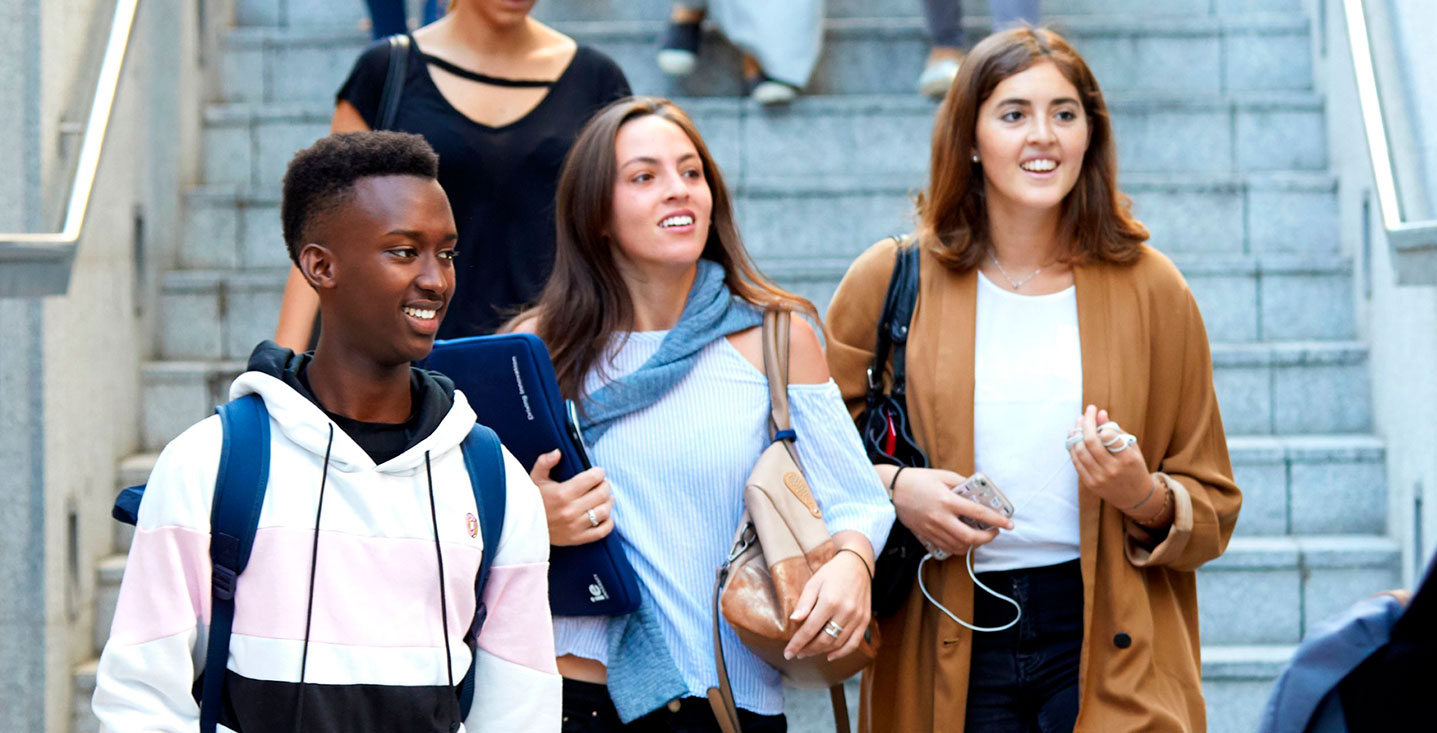 Diversity: the key to an open and global mindset at IE University 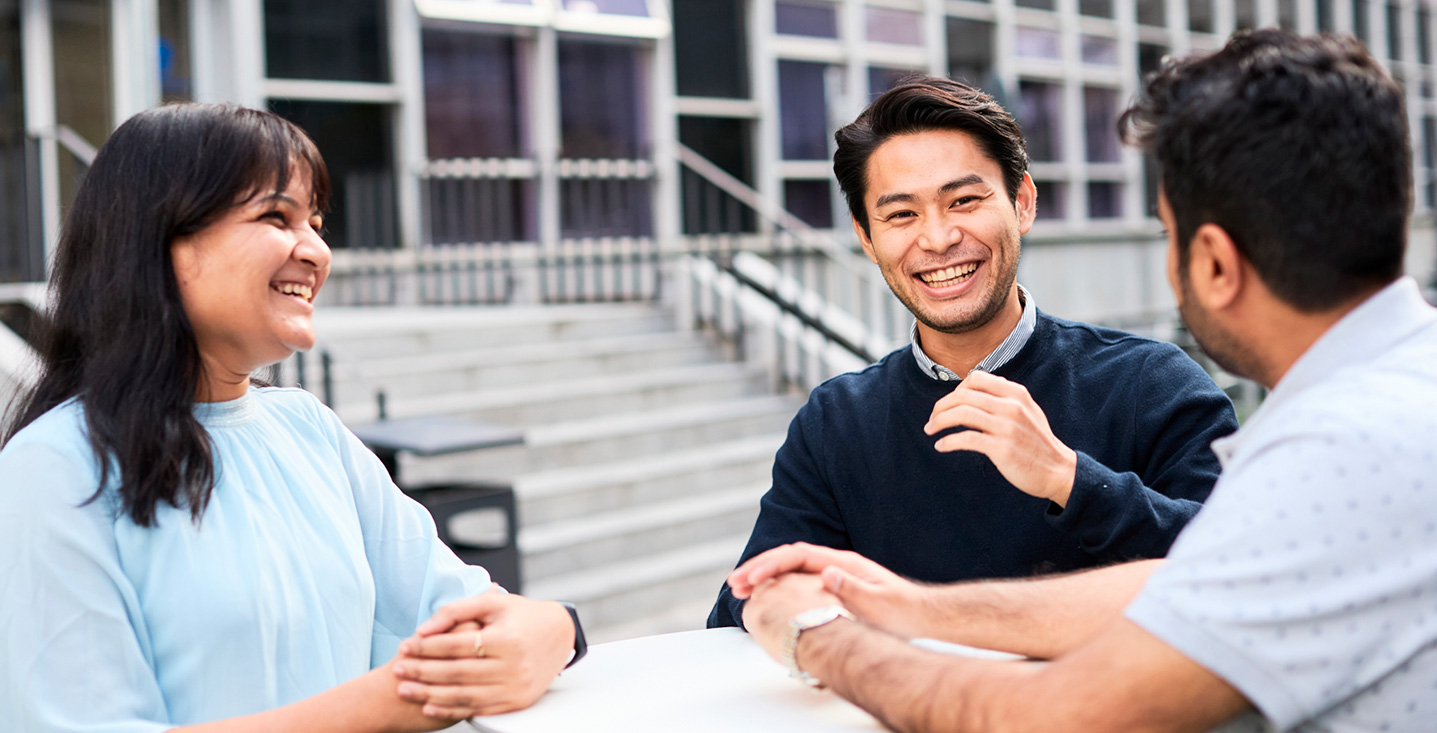 Everything you need to know about studying an MBA

Everything you need to know about studying an MBA 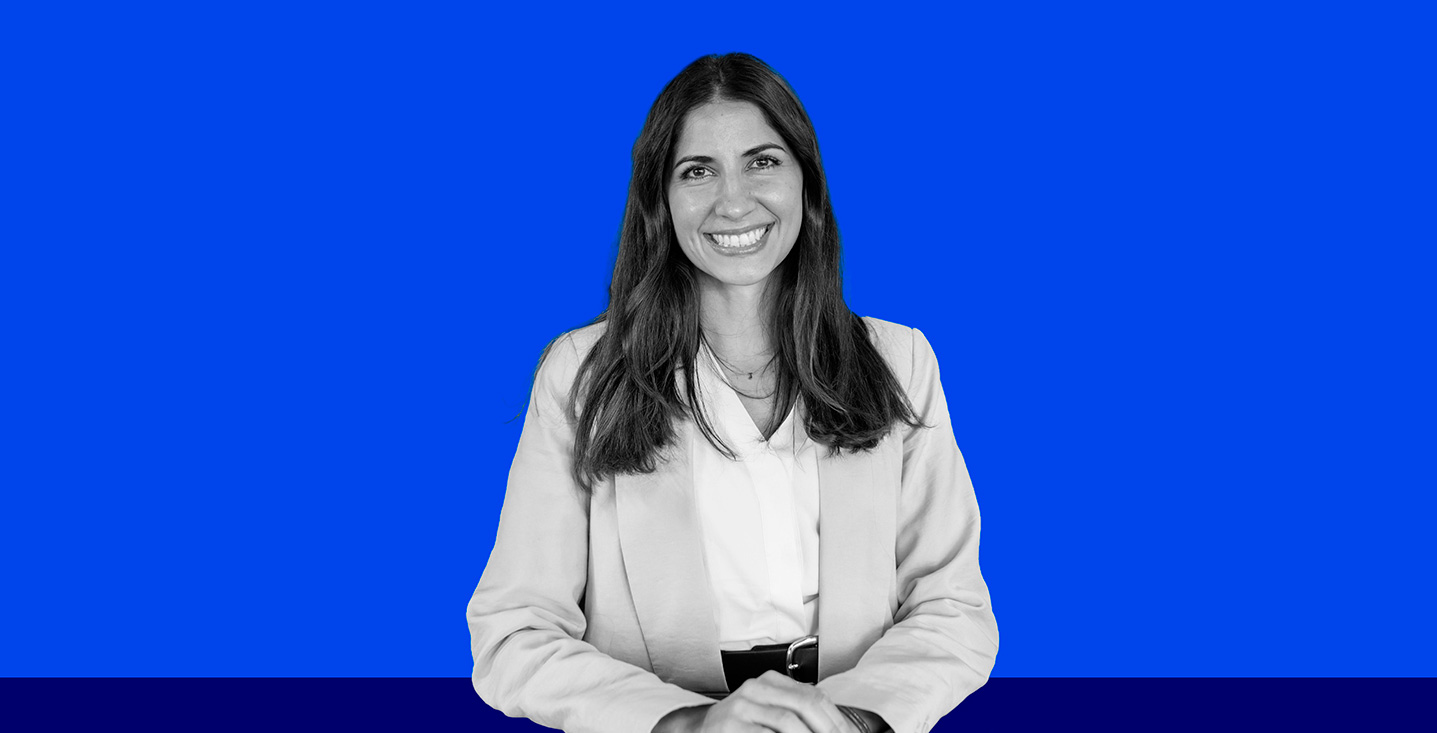 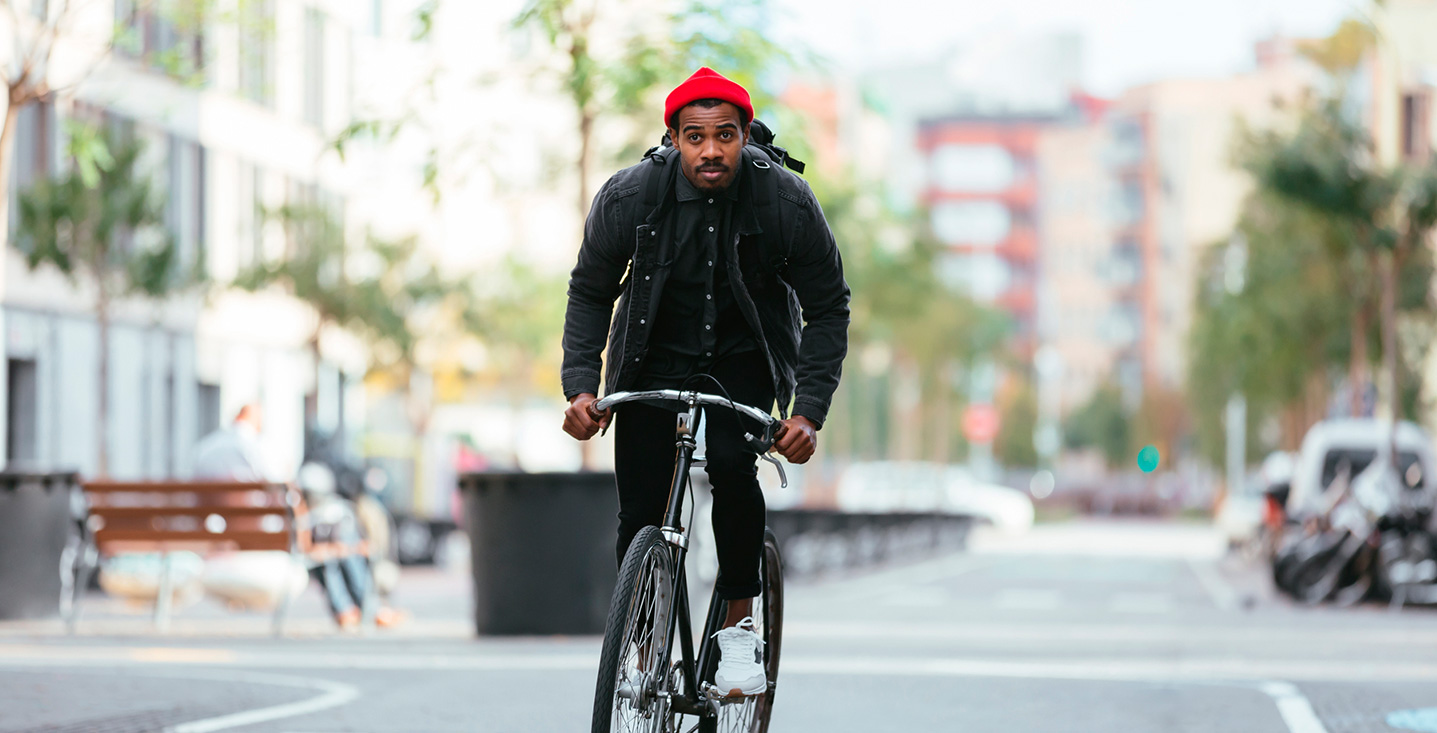 Mobility as a driver of sustainability: José María Mateo Torres on the cities of the future