The use of quotas and regulations to increase gender equality on boards has become prominent in Europe. Patricia Gabaldón uses her research to analyze the role of national culture and firms’ own social consciousness in determining the success of diversity initiatives.

Companies everywhere are under increasing pressure from stakeholders – including their home countries at large – to move toward greater gender representation on their boards. In fact, ten European countries have become so frustrated by the slow pace of change that the governments have begun to adopt and promote a variety of approaches from self-regulatory to more punitive diversity initiatives to increase female board representation. Those countries include Austria, Belgium, France, Germany, Iceland, Italy, the Netherlands, Norway, Portugal, and Spain. While some countries such as Norway, decided to implement a mandatory quota of 40% on all listed boards for the most under-represented gender, women, other countries such as Spain, launched softer regulations, only including some rewards, instead of punishments, to companies reaching this 40% of representation on boards.

Additionally, the United Kingdom introduced a third category—voluntary diversity initiatives— in 2015 that provides aspirational targets. This has had a positive impact, with more than one-third of board roles of FTSE 350 companies held by women at the start of 2021. This has influenced FTSE companies positively, with more than a quarter of the seats on the boards of FTSE 100 companies now held by women – and the UK government is currently looking to build on these voluntary initiatives with more mandatory targets. However, while regulations in the form of gender quotas and recommendations have worked in some countries, the question remains as to whether they can work as efficiently in all.

In fact, mandatory quotas by themselves do not necessarily have the capacity to make the intended change. In a recent study I conducted with Cynthia Clark of Bentley University and Punit Arora of City University of New York, we determined that in order to make a productive impact on female board representation, it is critical to align regulations with the country’s unique national culture around gender equality as well as the individual firm’s attitude towards sustainability issues. An increase in women on boards within countries is therefore determined by the alignment between a number of factors.

The success of a firm’s diversity initiatives is dependent on how well that particular workforce understands the societal impact of those initiatives.

Public policy and regulation do not always sit well with companies, who may consider the burden – for example of reporting methods and extra paperwork – to be greater than the reward. However, when quotas are simply suggested as self-regulation, many companies might opt out of complying. They may also choose to incur small penalties or take other avoidance measures such as delisting from stock exchanges or moving to neighboring countries. This tendency is why it is helpful to consider where a company stands – or aspires to stand – in relation to its particular social and national construct in understanding how or why it reacts to a quota in a certain way.

Thus, there are several institutional factors that will affect the decision for a company to comply with new regulatory norms. Companies that are change agents must not only challenge an existing set of institutional frames, but the firms must themselves be socially conscious of the need to alter behavior. In fact, we have found that when a company’s culture is itself receptive to the need for change, this plays an equally, if not more, important role in that change actually taking place.

Therefore, the success of a firm’s diversity initiatives is dependent on how well that particular workforce understands the societal impact of those initiatives. Furthermore, while a strict quota may force firms to comply with the basic requirements, those socially conscious firms are more likely to go beyond the minimum requirements in order to reach genuine gender parity on corporate boards. In such cases, socially conscious firms undertake diversity initiatives that go well beyond prescribed minimums.

There are times when it might seem that a gender-equal country, such as Norway, does not need enforcement to promote gender diversity at the corporate board level and that the quotas are enough to increase the presence of women in leadership. However, we have found this is not the case, that the alignment between the culture and law of the country, with the companies’ social responsibility commitment, is even more relevant to achieving this intended goal. In Spain, for example, gender equality is not as high on the country level, and this fact hinders the achievement of the gender quota goals set out by the country’s legislation.

Firms with high organizational social consciousness operating in countries with quotas and good levels of gender equality show the highest level of gender representation on boards. This is, of course, to be expected and it is a worthy and attainable pursuit. What is more interesting, however, is that high gender equality and/or organizational social consciousness can substitute for absence of strong formal sanctions. Thus, some firms with high social concerns, or within certain countries, often choose to make greater progress toward increasing the number of women on boards even in the absence of quotas.

For the most part, quotas are helpful because without them the only source of potential increase in female representation on corporate boards is high national gender equality and an organization’s own social consciousness. When there is low gender equality in the company and also low social consciousness, company leadership may perceive that they have the option to choose whether or not to pursue diversity recommendations. Our research suggests that if a country as a whole is interested in increasing the gender parity of corporate boards, quotas are a good start – but awareness campaigns that simultaneously build social consciousness will promote more meaningful change because it can serve as an effective complement or even substitute for quota targets. Thus, governments should take a holistic approach to diversity initiatives and incorporate an advocacy component and focus on raising the social consciousness of firms.

Women in leadership are often forced to run the gauntlet of receiving a promotion into a precarious position, from where they could be pushed to the abyss, writes Gabriela Salinas. 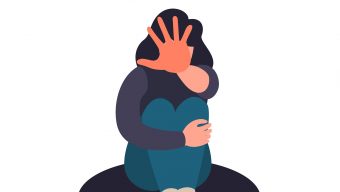 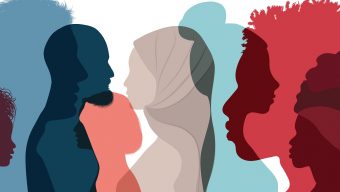