What is the role of climate change, specifically dwindling water resources, in the exacerbation of tension and conflict in countries across Africa; and what are the implications for sustainable growth and development on the continent? This was the topic of conversation on the IE University campus as part of IE’s Education for Sustainability efforts to accompany the December 2019 COP25 in Madrid.

For “Africa, Conflicts Arising from Climate Change,” Felicia Appenteng, Chair of IE Africa Center, interviewed Susana Malcorra, Professor of Practice with the IE School of Global & Public Affairs. Malcorra is former Chief of Staff of the Secretary General of the United Nations Ban Ki-Moon as well as former Foreign Minister of Argentina. 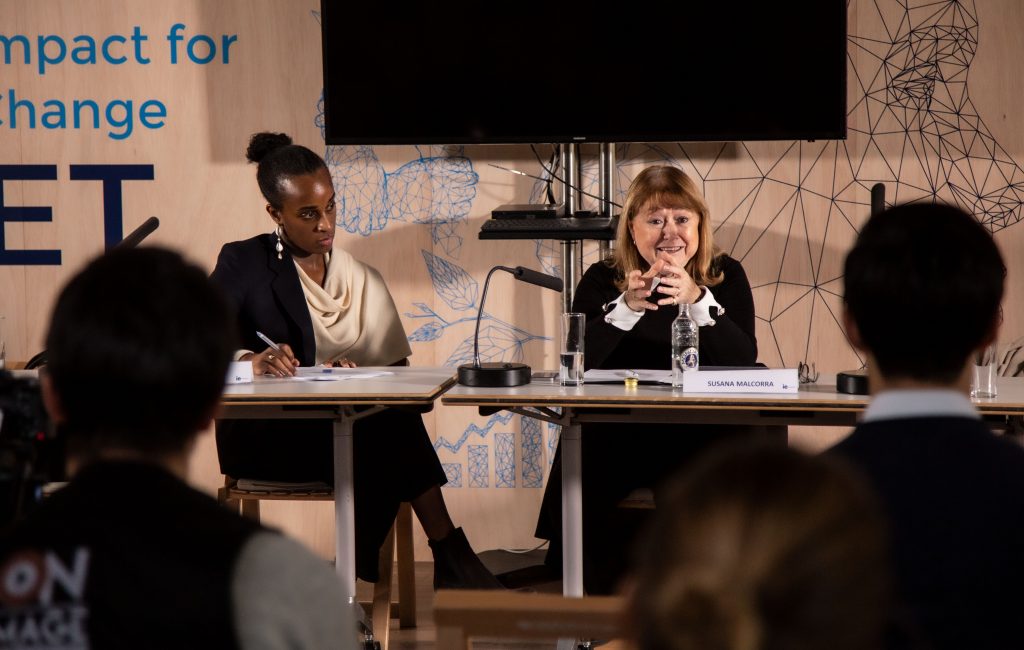 “Millions of Africans, particularly those with less access to resources, the poorest, are the ones most affected by this notion of water as a driver of conflict and tension,” Malcorra told an engaged audience comprised of IE students, faculty, staff, and guests.  She commented on how lack of water has attributed to conflict across Africa, including in the Lake Chad and Darfur regions, and the brewing tensions that countries must manage well, for example between Egypt, Sudan, and Ethiopia regarding the Nile, if additional conflict is to be avoided.

Appenteng commented that the purpose of the IE Africa Center is to shine a light on global solutions that come out of the Africa continent.  Malcorra responded with earnest: “Africa is a huge opportunity, it is one of the important engines of the world – and an integrated and developed Africa, with a sustainable infrastructure will have a serious positive impact on the world.” 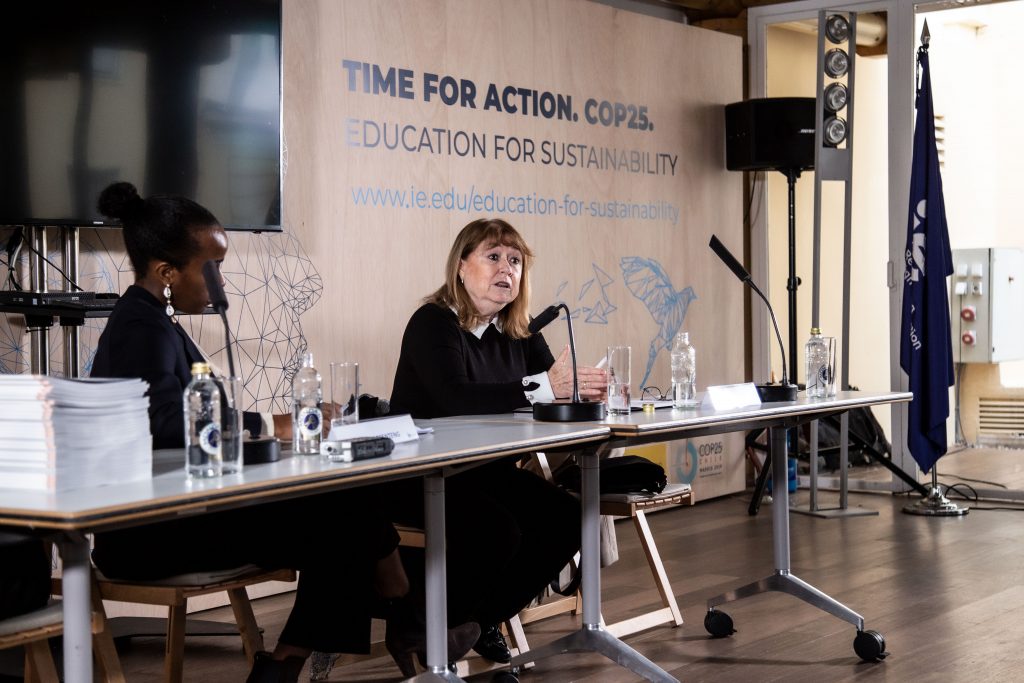 Discussions about Africa often, unfortunately, focus on crisis and tensions, she said, and this gives an inappropriately dark picture of the continent.  “There is another side of the coin,” she said, “an Africa that has an incredible energy.  I don’t find the energy that I find in Africa, anywhere else in the world.”

“Another asset is the creativity” of Africans across the continent, Malcorra, concluded. “Africans are survivors.  Survivors are creative – in order to survive you have to be creative.”

Education for Sustainability reflects IE University’s commitment to education as the driving force for change in the economy and society. IE University experts took part in a series of conferences on campus and on the panels of the official program of the UN COP25 Climate Summit in Madrid.

About Susana Malcorra
Experienced Minister of Foreign Affairs of Argentina and Chief of Staff of UN Secretary-General with a demonstrated history of working in international affairs after 25 years in Business, technology and telecommunications industries. Skilled in Communication, Leadership, Team Building, Management, and Strategic Planning. Strong business development professional with an Engineer’s degree focused in Electrical and Electronics Engineering from University of Rosario, Argentina.

About Felicia Appenteng
Felicia Appenteng is Chair of The IE Africa Center which seeks to revolutionize the way that the next generation of global executives understand African business and history. In this capacity, she provides strategic and operational leadership to all of the Center’s initiatives. She graduated from Wesleyan University’s College of Letters program with honors in 2007 with an honors thesis about medieval Spain entitled The Wings of Legacy: Alfonso X el Sabio and the Virgin Mary. Her graduate work at the City College of New York is about personal liberty laws in the border states in the United States in the mid-19th century.

We use both our own and third-party cookies to enhance our services and to offer you the content that most suits your preferences by analysing your browsing habits. Your continued use of the site means that you accept these cookies. You may change your settings and obtain more information by clicking on Read more button. Accept Read More
Privacy & Cookies Policy
Necessary Always Enabled