With so much being written about the return to the office, Kerry Parke, our Editor-in-Chief, provides a succinct guide on all you need to know about hybrid working, hot desking, and reintegration.

From where I write in Madrid, we are back in the office by way of the hybrid style that many companies now employ knowledge workers. Splitting time between the home and the office seems to be the norm (or so we hear from various corners of the working world) as well as one of the long-awaited new realities that we hope signals an end to the pandemic.

A McKinsey survey at the beginning of 2021 found that more than 50% of workers would prefer to work from home three or more days per week. We can, of course, expect the ideal number of days to ebb and flow with the health crisis. Not to mention that what employees want and what companies are willing and able to give are not always in perfect alignment. The media is full of stories about people ready to quit if not granted the flexibility they desire, a threat that seems particularly prevalent in the United States. However, the numbers are still close enough to see that the hybrid trend is here to stay. According to Gartner, 31% of the world’s workforce will be remote (either hybrid or fully) in 2022 – with the US leading the way at 53% and Europe/UK at 52%.

Yes, in some way or another we are coming back into the office. Does the actual physical space look different? Elvira Muñoz of AECOM’s Building and Places division certainly thinks it would be a good idea if it did. With foresight, business leaders would have taken advantage of the time when their employees were WFH during the pandemic to consider how their physical office space reflects company culture or, better yet, decide what they’d like that to be and then literally build towards that goal. For Muñoz, a well-considered workplace environment can help people be more productive, collaborate and talk with one another, and even lead them to come up with better ideas.

The office I went to Monday through Friday before the pandemic was not exactly traditional and I admit it is not the experience of many of my coworkers. It was a bit out of the way and I actually had to go through one, two, three, four sets of doors before sitting down at my desk. (This labyrinth style, though, might seem familiar to a few working in academia.) The set up did not quite facilitate my bumping into colleagues at the watercooler, but I did have a window that looked out over a rather lovely lunch spot which gave me a good number of insights as to who ate what, when, and with whom. These are the small details that inform, perhaps not immediately but sooner or later. Of course, I usually drew the shades at that time, primarily because no self-respecting worker eats lunch at their desk in Spain, even if you’re American.

Certainly, the pandemic changed everything, indirectly or not, and this includes my office location. I am now an active participant in the flexible workspace trend. Hot desking is not new. It started in the 1990s, gained a certain amount of renewed fame thanks to the likes of WeWork, and has now returned with vigor (or vengeance depending on your perspective) as companies envision themselves out of the pandemic. The fact that Zoom unveiled a hot desking feature at its most recent annual event is a good indication as to what the company, whose product is now a verb, thinks our workplace will look like in the future.

There’s a lot to get used to these days. For example, interacting with colleagues while wearing masks (in Spain, we still use facemasks indoors to protect against the virus.) Finally, we are able to have meetings in person and do not have to try so hard to understand, as executive coach Michael Wenderoth explains, workplace dynamics from the interactions between team members on a flat screen. But, according to positive psychology expert Stephanie Reina, the flipside is that we must now become adept at reading the subtleties of eyebrow movement and navigating personal belief systems made visible.

And then there is just the general awkwardness that comes from the atrophy of social skills. Michael Stallard of Connection Culture Group suggests we think of ourselves as astronauts coming back to earth after a stint in space. As we land in the physical office, it’s natural for things to feel a bit off, even for the extroverts among us. He suggests cutting ourselves (and others) a little slack because, in working from home for so long, we have adapted to a less complex social environment. But, in the event we don’t heed Stallard’s advice to be gentle with ourselves, perhaps we will listen to the astronaut Scott Kelly who commented, “In my case, returning from space and isolation was instantaneous, shocking, and anxiety producing. I should have eased into it.”

What of the new hires who have only come to know their teams, managers, and overall company culture through the computer screen of the pandemic? The sudden boom in expert advice for HR managers navigating remote recruitment and onboarding might have us assume that the return to the physical office will be a greater adjustment for these astronauts than for tenured employees. They are, after all, landing on an entirely different planet.

I wonder, though, if they don’t actually have a leg up on the rest of us? Often, it is easier to start a new habit than to break an old one and these pandemic hires are entering the hybrid work environment relatively unburdened, or at least less so, by expectations from a bygone era. For one, I bet they are not thinking about the books that once lined their office shelves or whether it would be terribly absurd to carry around a small support plant from one desk on Monday to another on Tuesday.

Yes, it goes without saying that things are different for all of us – but in many ways they remain the same. We must still endeavor to become what Steven MacGregor, author of the forthcoming The Daily Reset, calls mature working humans who add value to their company, their communities, and themselves. The pandemic has not altered our desire to collaborate with one another towards a common goal and to find the synergy between work and life. If anything, these intentions have become even more of a priority.

In my case, despite a change from a permanent office to a hot desk, I still have a view, from up to 35 floors in fact. When I look up from where I sit, regardless of where in the building that happens to be, I can still get some important information about where the sun and the storms are coming from and where they might land.

Face mask mandates have not only divided opinion, but in some cases divided families and friendship groups. Professor Stephanie Reina analyzes the positive and negative psychological effects of mask wearing whilst providing actionable tips on how to understand the other side of the debate. 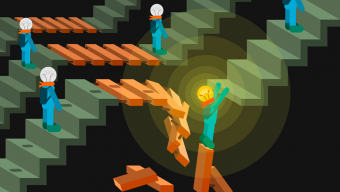 How to Build Resilience 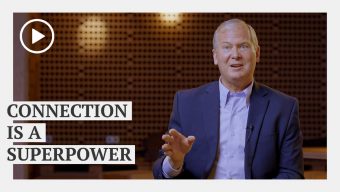 Back to the Office: Lessons from NASA 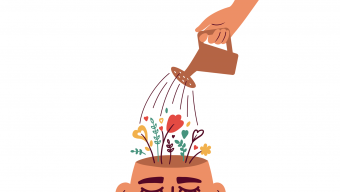