With Brazil in the midst of a devastating health crisis and President Jair Bolsonaro’s most powerful political opponent able to stand for office again, will the controversial incumbent be able to hold onto power next year? 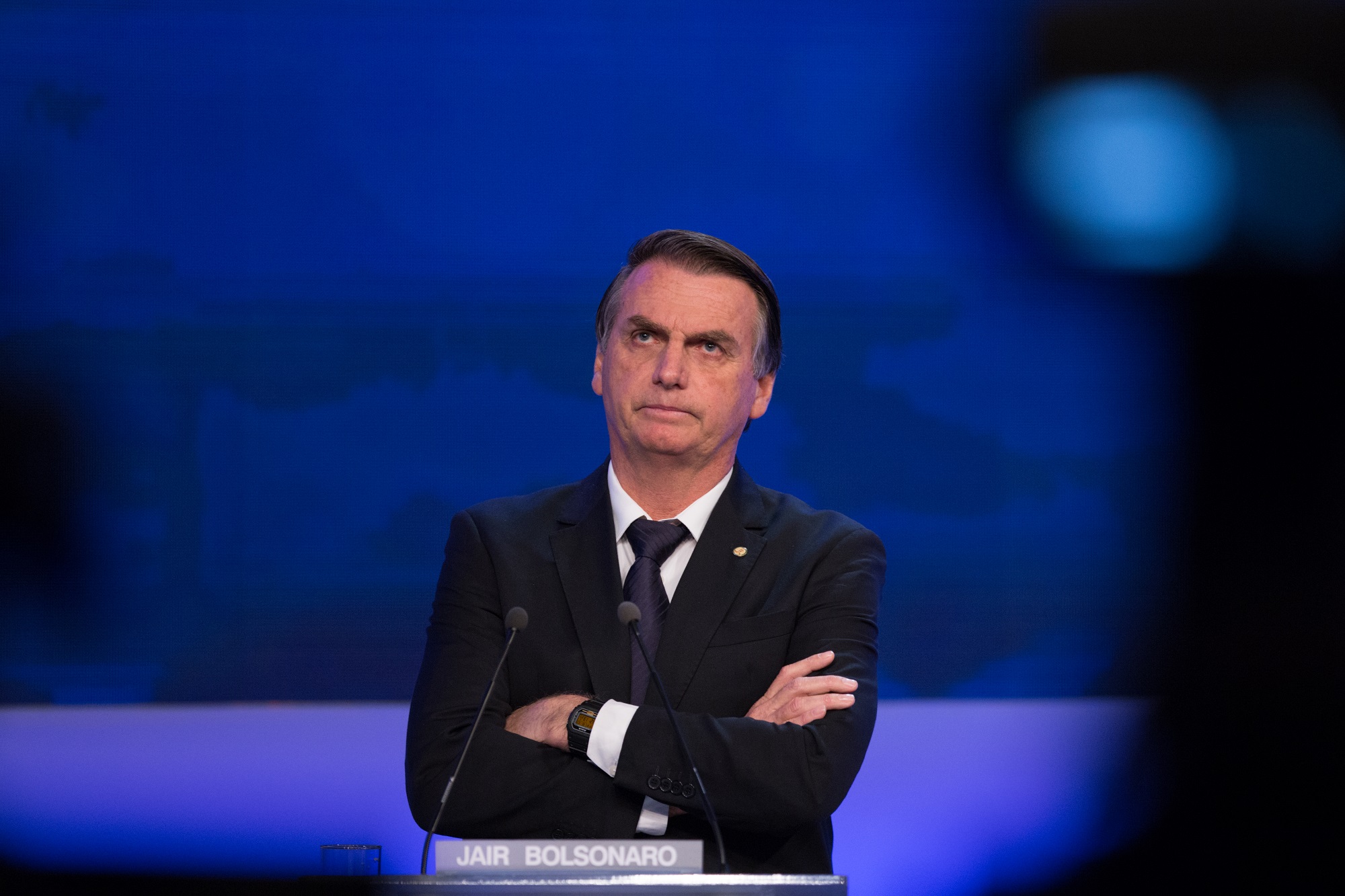 The economic and health situation in Brazil, together with the recent quashing of the corruption cases against former President Lula da Silva, are raising questions about Jair Bolsonaro’s participation in the 2022 presidential elections. The Supreme Court’s ruling restores Lula’s political rights and enables him to stand for office once again.

Lula da Silva has not yet announced whether he will run next year but polls give him 50% of the vote compared to Bolsonaro’s 38%. Lula’s popularity is linked to the dismal state of the economy and the ravages of the pandemic. Against this political backdrop, Bolsonaro could very well be the first Brazilian president to not enjoy a second term in office. And it is certainly true to say that the coronavirus crisis and a series of bad economic decisions made by the Bolsonaro government have led Brazil to disaster.

According to the latest figures, Brazil’s GDP fell by 4.1% in 2020 compared to the previous year and will only grow by 3.6% in 2021. These figures are the nail in the coffin for the worst economic decade in the country’s recent history, caused by the financial and health crises, and the numerous corruption scandals that have undermined the credibility of governments and rocked the economy.

Meanwhile, the IMF’s latest figures reveal that, in 2020, national debt exceeded 102% of GDP, and public deficit stood at 14% of GDP. This crippling level of debt has caused interest rates on medium and long-term bonds to rise sharply, raising market concerns about the potential risk of default and the depreciation of the Brazilian real (official currency.)

As a result, the Brazilian stock markets are experiencing severe turbulence at present. To illustrate this point, the share value of the government-controlled oil company Petrobras (Petróleo Brasileiro S.A.) has plummeted since the beginning of the year, falling by 20%. This drop represents a loss of €15 billion (about US$17.8 billion) in market capitalization. Bolsonaro’s decision to appoint General Joaquim Silva e Luna, a former defense minister with no experience in the oil and gas industry, as the CEO of the oil company, has caused a huge stir in Brazil. The volatility of the stock markets and the sharp fall in the oil company’s shares are a direct consequence of investors’ distrust, who suspect greater government interference in the management of public companies, which raises questions about the Bolsonaro government’s “liberal agenda.”

The rising cost of living together with slow progress in the vaccination campaign has compounded the pressure on the president, whose is seeing his administration’s approval ratings nosedive.

On top of all this, fuel costs have risen by 30% so far this year as a result of the spike in oil prices. In an attempt to drum up public support for the 2022 presidential elections and, above all, to assure the votes of a million truck drivers, Bolsonaro has played a populist card: the temporary (two months) suppression of taxes on petrol and diesel, which will exacerbate the already precarious situation of public finances.

Social vulnerability has increased, with unemployment hitting 15%, its worst level since 2012. The rising cost of living, due to high inflation, together with slow progress in the vaccination campaign, has compounded the political pressure on the president, who is seeing his administration’s approval ratings nosedive.

Pandemic out of control

To make matters worse, COVID-19 has accentuated the weaknesses of the Brazilian economy: low potential growth, major disparities in income distribution, and a fragile fiscal situation. The government has tried to respond quickly and effectively to support the economy and protect the most vulnerable sectors of the population from the pandemic but, as in many other countries, it is still nowhere near being contained.

This week, for the first time since the start of the pandemic, all the indicators have worsened simultaneously across the country, with record numbers of deaths, hospitals on the brink of collapse and a vaccination campaign that is going nowhere fast.

It is true that on the healthcare front, the number of ICU beds and units for COVID patients has been increased, but these measures have proven insufficient. Brazil is the country with the second-highest death toll globally, with more than 285,000 fatalities. However, in relative terms, i.e. per number of inhabitants, it ranks 17th in the world.

Bolsonaro has disregarded healthcare recommendations for social distancing, prioritizing economic activity over the health of Brazilians. As if it were a trade-off. He promotes crowds by encouraging his followers to come to his rallies en masse, questions the use of masks and the efficacy of vaccines, and criticizes authorities that implement social distancing measures.

The country’s state governors, alarmed by the health situation, are asking for a nationwide curfew and lockdowns in the worst affected areas, to which the President has retorted that any governors who impose lockdowns must do so at their own peril. The Vice-President of the Brazilian Immunization Society, Isabella Ballalai, pointed out that “these constant disputes between federal and state leaders have made Brazil one of the worst countries in terms of pandemic management.”

Despite these issues, there is a glimmer of hope on the horizon. As Churchill said: “I am an optimist. It doesn’t seem to be much use being anything else.”

And there are reasons to be optimistic. At the end of January, the IMF bettered the growth forecast for Latin America in 2021 for the region’s two largest economies, Brazil and Mexico. The success or failure of these forecasts, and of government management, will depend on whether economic progress translates into social improvements for the Brazilian people, and especially for the most vulnerable groups.

And as far as the health crisis is concerned, the solution lies in quicker, more effective vaccination campaigns, until the much-desired herd immunity is achieved. And, in the meantime, President Bolsonaro will be setting his sights on the complicated electoral horizon of 2022, in which his only goal will be to win… at any price? 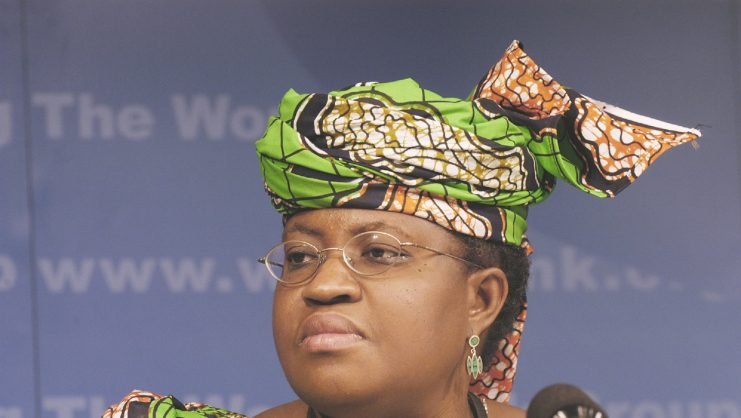 After Dr. Ngozi Okonjo-Iweala became both the first woman and the first African to be appointed Director-General of the World Trade Organization, Altagracia Cuevas analyzes what this paradigm shift means for the institution and how a fresh perspective will help in facing the challenges that lay ahead. 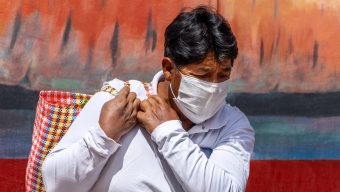 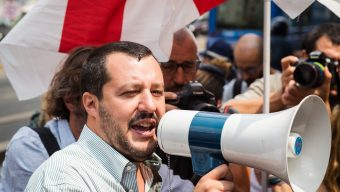