Professor Michele Testoni looks at how a decade of populism’s influence in Italy weakened the country’s international position despite its ambitions of grandeur. 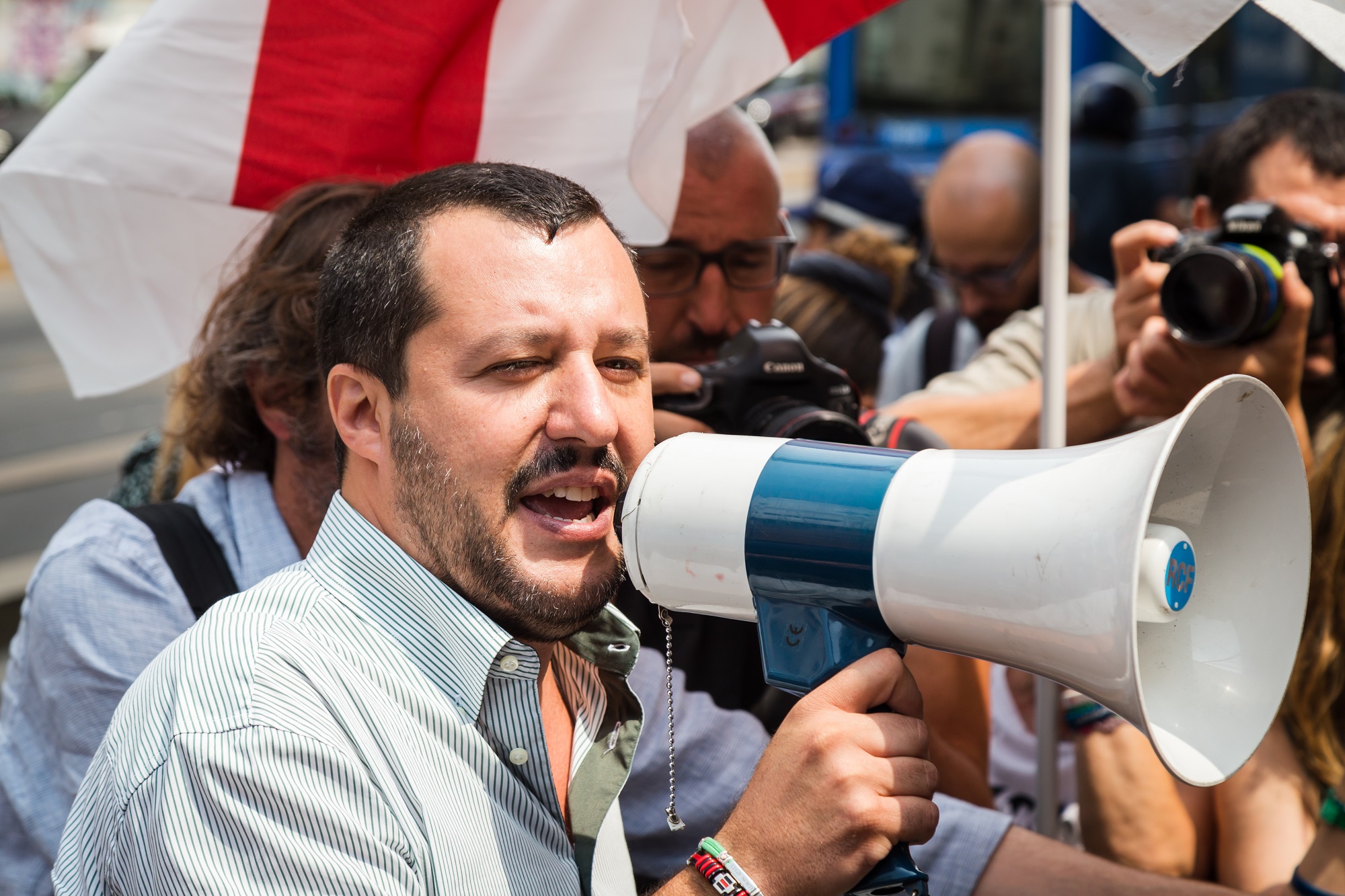 One of Greek mythology’s most popular creatures is Chimera, a horrifying fire-breathing monster with a lion’s head, goat’s body, and snake’s tail, which was defeated by Bellerophon and his winged horse Pegasus. Given the bizarre nature of such a beast, it is not surprising that the word chimera is now used, according to the Cambridge Dictionary, to express ‘a hope or dream that is very unlikely ever to come true’. In other words, a pipedream. This idea of something that doesn’t exist except in one’s own imagination, can be used to analyze Italy’s foreign policy between the years 2008 and 2018, a period of ongoing and radical change which saw the rise, both nationally and internationally, of ‘anti-elite’ populism.

In that timeframe, Italian politics underwent a profound, and still unfinished, transformation from a Second Republic – a majoritarian democracy centered on the controversial figure of Silvio Berlusconi – to a Third Republic distinguished by a reformulation of its party system. This phenomenon was triggered by growing polarization and the spread of anti-systemic and anti-globalist ideas driven by, above all, the populist Five Star Movement (M5S, founded in 2009) and a renewed, right-winged Northern League (NL) under the leadership of Matteo Salvini (since 2013).

There are several reasons for this transformation, yet the most basic lies in mounting social discontent towards the elites, both national and international alike. It is a typical populist attitude that, in the Italian case, is anything but new. Movements labeled as anti-politics (antipolitica) and characterized by a radical discourse and visceral rejection of traditional parties and professional politicians have cyclically emerged in the country’s political history – Berlusconism of the early 1990s being the most recent manifestation.

This discontent has come as part of the deterioration of the Italian social fabric, something which itself has several underlying factors. The country’s domestic problems are well known: a stagnating economy, high unemployment, an inefficient state, and unending corruption. Between 2008 and 2018, however, the greatest shocks derived from three external events that have negatively altered the country’s international circumstances: the U.S. ‘pivot to Asia’ (a policy inaugurated in 2009 by President Obama and continued, albeit differently, by Donald Trump) and, more notably, the outbreak of the Eurozone debt crisis (2010) and the Arab Spring uprisings (2011). Left less relevant in Washington’s diplomatic circles, compelled to carry out large budget cuts, and unassisted in coping with a mass migration flow, Italy felt battered and abandoned while its long-standing international memberships, the E.U. above all, began to be questioned by an increasing part of its population.

As a consequence of these external factors, Italian politics changed. In the decade between 2008 and 2018, which encompassed the 16th and 17th legislations, Italy had five governments. The novelty was not the brevity of their duration, but rather in their composition:

For approximately seven years (from 2011, when Italy risked a Greek-style bailout, to 2018, when the M5S became the most-voted party nationwide) Italy’s economic and social conditions worsened. Populist media exaggerated this condition by portraying a situation in which established parties governed the country in what seemed obligatory and foreign-driven all-in coalitions aimed at implementing ‘appropriate’ policies that satisfy international creditors’ requests. As a result, Italian politics transformed from a traditional left/right competition to a new status quo/anti-status quo struggle.

As a political scientist interested in the connections between ‘the domestic’ and ‘the international’, I believe that one of the most interesting questions is what kind of relationship exists between the new mechanics of Italy’s political system and the country’s external action. Since any process of change is characterized by the complex interaction of aspects of novelty and continuity, what have been the main innovations in Italy’s foreign policy? And what results, in material and symbolic terms, have been achieved?

The innovations of Italy’s foreign policy are less relevant than its continuities. There are two reasons for this. Firstly, foreign policy is an area strongly characterized by ‘path dependency’ – a phenomenon whereby today’s decision-making processes are constrained by past choices. Secondly, in the decade between 2008 and 2018, populist parties remained out of government, with two exceptions: the NL between 2008 and 2011 (before Matteo Salvini had been elected to the party leadership) and the premiership of Matteo Renzi (not a radical politician, but one who adopted a populist style).

This contrast between ambition and reality has repeatedly fueled the frustration of Italians against the national and international elite.

On the ‘innovations’ side, the populist drift of Italian politics has seen a gradual erosion of national strategic vision and the intensification of a more domestic-oriented attitude. In this way, foreign policy has become another instrument of electoral propaganda. In the 1990s and 2000s, no matter the virulence of public debate, foreign policy decision-making followed a consistent bipartisan scheme, with center-left parties favoring European integration and, in general terms, multilateralism, and center-right parties emphasizing a combination of neo-nationalism and euro-realism. However, between 2008 and 2018, parliamentarian voting patterns became much more conflictual and mainstream internationalist elites were clearly identified, by the M5S and the NL, as one of Italy’s greatest enemies.

On the ‘continuity’ side, the recent course of Italian foreign policy is marked by the reappearance of three recurring patterns of its diplomatic history:

The idea of Italy possessing a ‘decisive weight’ (peso determinante) was coined during fascism in 1931, by Dino Grandi, then Minister of Foreign Affairs, and is still one of the most effective representations of the chimera of Italy’s foreign policy. It portrays Italy’s aspiration to be the indispensable country of European diplomacy. It is the obsession of a middle-range power to have the same recognition as the great European powers and reflects the expectation that the country – because of its demographic and economic dimensions, geography, and historic legacy – cannot be marginalized or ignored. At every critical moment of foreign policy history, however, Italy barely managed to keep its promises. This contrast between ambition and reality has repeatedly fueled the frustration of Italians against the national and international elite whom they consider guilty of exploiting the country’s weaknesses – weaknesses, which they do not even consider to be because of Italy itself but born of a foreign source.

The image of Italy trying to recapture its peso determinante does not mean that the country is again turning fascist. Yet, the spirit of Italian diplomacy between 2008 and 2018 resembles its conduct between 1924 and 1935 in that both periods had – or, rather, have been perceived to have had – a severe impact on Italy’s political, economic, and social life. While fascism was strongly legitimized by the incapability (true or alleged) of the previous liberal elite to deal with international-related issues, such as the ‘mutilated victory’ of World War I or the fear of a Bolshevik-like insurrection, recent changes largely originate in the incapability (true or alleged) of previous governments to defend the country’s national interest vis-à-vis Brussels and other European capitals in crucial areas such as the economy, Italian interests in Libya, or migration.

During these two periods, Italy displayed similar foreign policy goals, in particular the pretension to inaugurate a more assertive course of action vis-à-vis France and Germany. Between 1924 and 1935, Mussolini aspired to establish a condition of diplomatic parity between Rome, London, and Paris. He did so by creating an Italian sphere of influence in the Balkan-Danubian area, with clear anti-French implications, and organizing the Stresa Conference (April 1935) to oppose Hitler’s intention to rearm Germany. In Mussolini’s view, Italy had to become the essential broker of Europe’s stability, but we all know how it ended.

Similarly, between 2008 and 2018, the two traditional spheres of Italian foreign policy – the Atlantic and the European – lost their preeminence, while the third, the broad Mediterranean, received a higher degree of attention. Today, Italy remains a devoted NATO member and a strong supporter of European integration, yet its transatlantic relationship has cooled substantially and Eurosceptic (i.e. anti-German) sentiments have increased, especially since the Brexit referendum of June 2016, with the M5S and the NL promoting the idea of an ‘Italexit’ in the lead up to the 2018 Italian general elections. Simultaneously, while Italy had expanded its presence in the Eastern and Southern Mediterranean, the uncalculated consequences of the wars in Libya and Syria (the loss of a special partnership with Tripoli and uncontrolled migration) have restored a deep-rooted anti-French hostility, especially after the French initially backed renegade general Khalifa Haftar, not the UN-backed government. Last but not least, internationally-approved sanctions notwithstanding, Italy has continuously tried to engage with Russia due to strong trade interdependencies like energy and what some consider to be a rising fascination, especially in right-winged public opinion, of Putin’s leadership and his sponsorship of Eurosceptic parties.

Once more, however, the Italian chimera has crashed against the deficiencies of its own foreign policy, aspiring to challenge the dominant role of both France and Germany but lacking the instruments to do so. And when the new M5S-NL government entered office in 2018, they attempted to align Italy with the ‘Visegrád Group’, an alliance between the Czech Republic, Hungary, Poland, and Slovakia. This choice was revealed to be totally ineffective. By the same token, the Palermo Conference in November 2018 was supposed to provide an Italian-led diplomatic solution to the Libyan conflict, with 38 nations in attendance. However, the conference became a fiasco given the fragility of Italy’s negotiating credibility vis-à-vis the uncompromising behavior of Turkey and Russia as well as the ambiguities of France and the U.S. – all four are supposed to be allies/partners of Italy.

It is fair to say that in the decade between 2008 and 2018 Italy’s external action was less transformative than it might initially appear. Changes have been evident, but none were radical enough to significantly impact the country’s foreign policy, which remains to this day characterized by three structural features. First, is the dispersion of the country’s international objectives manifested by the lack of stable, predetermined, and shared priorities amongst government parties. The second feature is the inward attitude of government parties, which keep subordinating the country’s external goals to their own domestic ends. And lastly, Italy’s diplomacy style remains reactive, with the tendency to suffer the consequences of external stimuli, adjust to circumstances, and rarely develop, let alone push, its own agenda. This bundle of ineffective foreign policy characteristics are bad enough on their own, but when combined with a persistent condition of institutional weakness and ambitious objectives supported by inadequate instruments, the result is unfavorable to say the least. Populism has not reduced, yet expanded the characteristics of inadequacy and volatility in Italy’s foreign policy, thus amplifying its structural ineffectiveness and the chimera of the country being a European diplomatic powerhouse.

This is a revised version of an article originally posted in Revista de Estudios Políticos available here in Spanish. 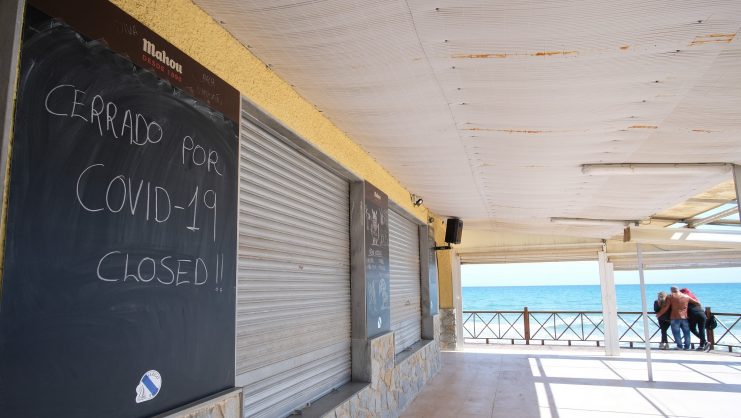