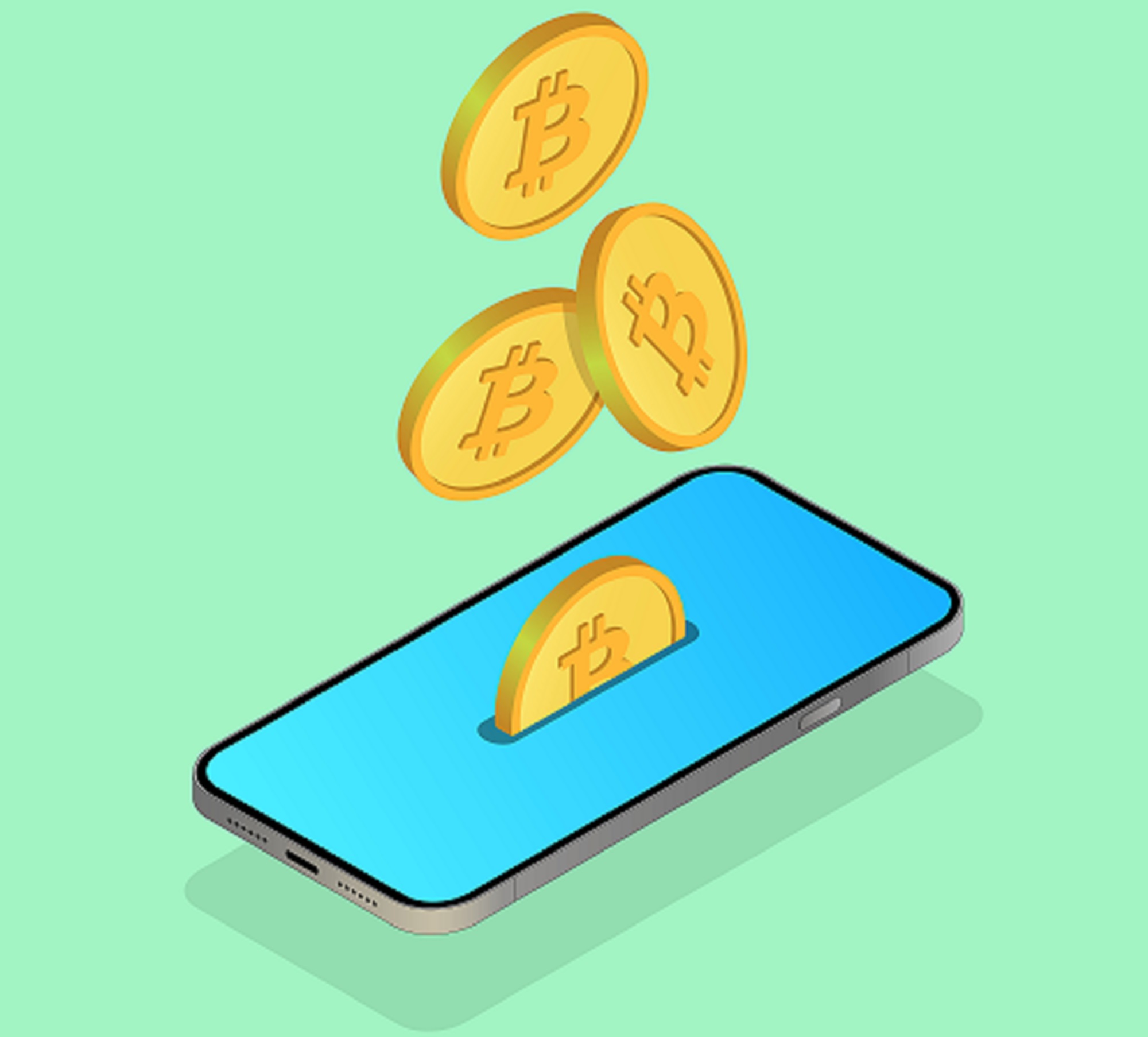 Cryptocurrencies are all the rage, even though the concept still feels more like a lottery or a game of chance, as opposed to real money. US regulators recently estimated the amount of digital money in circulation at US$ 1.5 trillion. Digital money is the future and all of us —investors, regulators, economists, bankers, professors and journalists — seem to be succumbing to its undeniable allure. However, we have already seen numerous financial bubbles based on a few assets that seemed to be the panacea but which burst in spectacular fashion, bringing nothing but rack and ruin. I don’t wish to be a killjoy or sound old-fashioned, but have we already forgotten subprime mortgages, complex derivatives, and the evil CDOs?

The digital revolution is underway and is already changing how we pay, save, and invest. The banking business is no longer what it used to be, with its profitability under threat from historically low interest rates, increasingly intrusive regulation and, above all, new digital competitors who are threatening to take its business away. The digital transformation of money gives the private sector the ability to create money, enables central banks to bypass commercial banks to distribute money and guarantee its value, and empowers citizens to have their savings deposits on their cell phones, thereby removing the need for middlemen.

We economists are harbingers of doom and gloom, so it will come as no surprise if I take a step back from this collective infatuation. What exactly is money today: a piece of paper, a bookkeeping note, a bank account, a credit card? Money is all that and much more: it is trust. In the words of Niall Ferguson, money is one of the great inventions of mankind, comparable only to fire, the wheel, penicillin, and the contraceptive pill. However, money has to fulfill three basic purposes: it has to be a means of payment, a unit of account and a store of value. In other words, it serves (i) to buy goods and services because everyone accepts it, (ii) to count and compare values and wealth because its price is rather stable over time, and (iii) to transfer value in time and space, to leave to our children or use it to pay for retirement.

There was a time when there were many different kinds of money and many issuers of this special asset. But the evolution of history took over, with the most advanced, i.e. the most economically and socially successful societies, agreeing that it was advisable to grant the exclusive power to create money to a special institution that they called a “central bank,” endowing it with certain properties, and technical and economic independence. In exchange, they also imposed certain obligations on these banks, such as maintaining the value of money and the stability of the financial system. Digital money threatens this monopoly.

As this is an incipient revolution, the concepts and terms being bandied around continue to be confusing and public debate mixes up various differing elements. Allow me, as an old professor, to try to bring some order and clarity to this debate. Let’s start by stating the difference between cryptocurrencies and central bank digital currencies, better known by its acronym, CBDCs. The former is private money, created and guaranteed by private companies, charities, or revered, reputable individuals. The second is a new virtual form of cash.

Commercial banks must either spearhead digital transformation or lose their foothold.

There are many different cryptocurrencies which have come into being over the last ten years. Today, however, two have become particularly popular: Bitcoin and Diem (known as Libra until only recently.) Bitcoin has been so successful that every self-respecting investment bank has made room for it in their product portfolio and specific market places have been created to trade in it. Bitcoin has made huge fortunes for some, appreciating dramatically, though I fear it will also bring great ruin, which is normal for a purely speculative asset. Its appeal lies in its absolute independence and decentralization, the famous ‘miners’ which, regardless of their voracious need for energy, create bitcoins according to a fixed rule. Yet this independence is also its weakness: who guarantees its value in case of distrust, in case of runs on money? Since its price suffers tremendous fluctuations for any conservative saver or investor, it is not money, nor can it be. It is something else, an asset akin to gold, useful to deposit the immense liquidity created by central banks with their unlimited expansionary policies, a store of value for wealth of dubious origin, or a means of payment for illegal transactions.

At its inception, Libra, a frustrated cryptocurrency, did aspire to be money. Facebook, its creator, promised to compete with central banks offering a secure, stable means of payment. To this end, it was conceived as a currency basket that would maintain its value with respect to a weighted average of dollars, pounds sterling and Chinese renminbi. In practice, this forced Facebook to create a trading floor with intense daily activity to guarantee this exchange rate. Its failure is a good example of the practical difficulties of replicating the stability of recognized international reserve currencies, an example for all those stable coins that promise the same thing. Because the relevant question is whether, in a crisis scenario, you would prefer to have Libras or dollars, not whether you prefer Libras to Argentine pesos or Maduro’s bolivars. It is a question of whether you trust Zuckerberg more than the Federal Reserve and the American empire.

Libra was successful in that it opened a new era, that of CBDCs. It has awakened central and commercial banks to the actuality of the end of their monopoly and should thus step up their game. It has signaled that the wholesale and international payments system is very expensive and inefficient, and that commercial banks must either spearhead digital transformation or lose their foothold. It may already be too late. Libra forced central banks to join the digital race, to establish their own digital dollar, euro or renminbi, and to do so quickly. Because being the first promises to pay back.

It is no longer just Jamaica, Uruguay, and Sweden that have introduced or are about to introduce a digital currency as legal tender, just recently El Salvador did so with bitcoin; all the central banks in the most sophisticated financial jurisdictions are doing so. The European Central Bank has published a white paper on the digital euro, and is poised to adopt an explicit policy this summer. The Federal Reserve expressed an open attitude towards the digital dollar in May. There are many unresolved issues on the subject, but the important ones are not technological. Instead, it is social and economic issues such as privacy, access, complementarity with cash, and the sustainability of commercial banking that will be critical to the speed of adaptation and the success of the radical transformation of our financial system.

To illustrate the magnitude of the challenge, I shall conclude with three ‘small’ problems that must be solved: monetary sovereignty, financial stability, and the fate of private commercial banks. An international freely accessible digital dollar would end monetary policy independence for many countries. What reason would there be to continue to operate with a volatile, useless currency to use for payment on Amazon? If we had a digital currency, how could we prevent bank runs and external crises from being immediate and recurrent, at the click of a button, simply because of the slightest rumor of weakness? If private individuals have access to a digital wallet or a current account at a central bank, what reason is there to keep their savings in a commercial bank? And without deposit funding, what chance do retail banks have of surviving? And how would credit work if the central bank holds all the liabilities in the system? Would we go back to direct lending? These questions require a very careful, highly detailed analysis. Because there is a lot at stake for society in getting it right with the digital transformation of this marvelous social invention known as money. 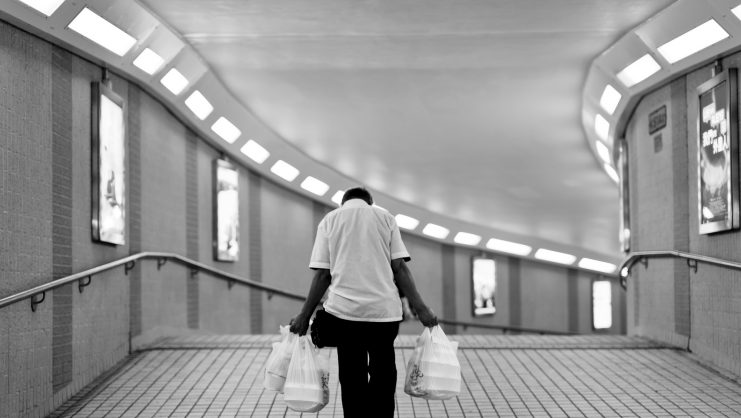 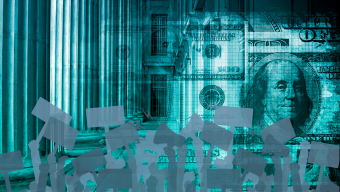 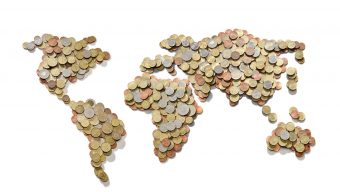