Emergency strategies have always shaped cities, and here Professor Manuel Perez Romero explains how learning from past disasters and pandemics, such as Hurricane Katrina and tuberculosis, can help cities to develop effective recovery plans as well as better prepare for future emergencies. 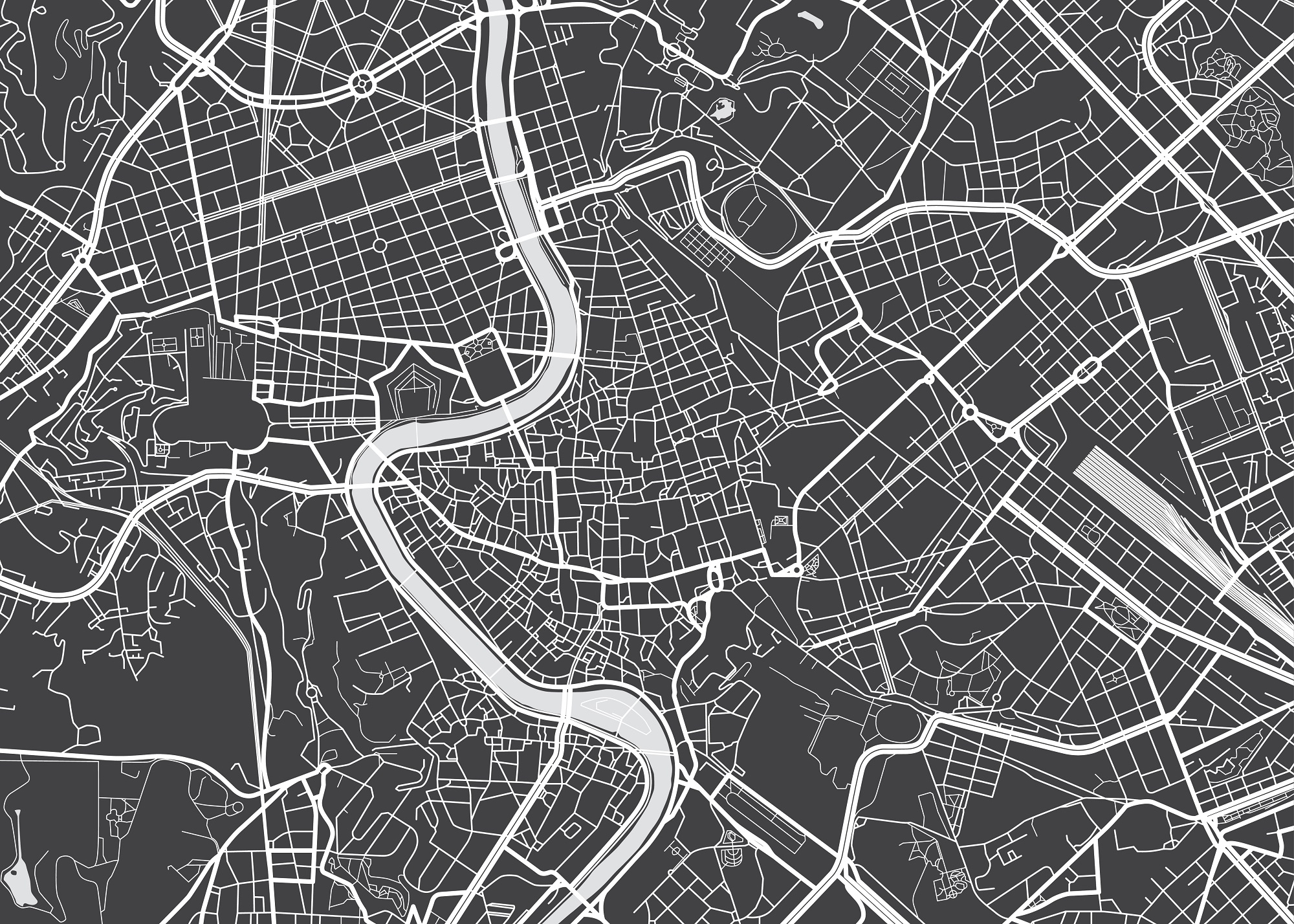 For centuries, our cities have been shaped by the unseen strategies that are created and implemented in order to help anticipate and reduce the impact of natural disasters on our lives. The number and frequency of such disasters, which include fires, floods, earthquakes, hurricanes, and epidemics, seems to be growing. Thus, cities around the world are continually and actively preparing for such emergencies and developing strategies that will help eliminate or at least reduce the risk to human life and property. Like any emergency management, the strategy of cities is divided into four phases: mitigation, preparedness, response, and recovery. As the first phase, mitigation is key because it has the potential to lessen the impact of the disaster in subsequent phases, therefore reducing the overall timeline and impact of the disaster. Mitigation strategies are implemented prior to the appearance of any natural disaster, for example applying building codes, elevating construction in flood areas, designing buildings that can resist earthquakes, or avoiding landslide zones. Many such strategies have already been designed and implemented in modern cities as a result of past disasters and pandemics and they will not only prove essential in countering the current COVID crisis, but also in ensuring that cities become stronger in the recovery phase that follows.

Long-term decisions after catastrophes include how urban planning and architectural design can reduce future risks. Hurricane Katrina hit New Orleans in late August 2005, and 1,833 people died as a result of what is still considered the most destructive storm to ever strike the United States. Katrina’s deadly consequences were an accumulation of mistakes and a series of poor decisions, from prevention to post-disaster actions. Some were due to poor regulations in urban and regional planning, and others were caused by post-catastrophe management failures. The New Orleans levee system had already eroded and was incomplete when Katrina hit – measuring almost 24 inches (61 centimeters) below its original elevation as a result of unstable soil. Additionally, the Louisiana wetlands around New Orleans, which should serve as a natural buffer against hurricanes and flooding by reducing the speed of water flow, had been dwindling thanks to a lack of preservation and protection in regional planning regulations. In this regard, the city’s pump stations weren’t prepared to drain the necessary water and wetlands were no longer the natural buffer that they once were.

To make matters worse, the public transport system wasn’t prepared to evacuate residents and those with private cars had long delays getting out of the area, with little to no possibility of refueling – and for those staying in the city, difficulties resulted from the lack of coordination between city and state authorities, hospitals, and shelters.

To face the problem, we need to see the wider picture and look not only at New Orleans but the whole region, from the Louisiana wetlands to the Gulf of Mexico, and from water protection to evacuation and communication. It is important to learn from these mistakes in order to not only reduce future risks, but also seize new opportunities.

New Orleans’ post-disaster strategies were focused on many different factors. On one hand, the city’s levee height has been increased and replaced when required, and on the other hand a new evacuation and alert system called Nola Ready has been implemented to provide warnings to residents via email and text messages. Furthermore, the Coastal Protection and Restoration Authority was created in order to preserve Louisiana’s wetlands. The site now serves as an informative tool that can help coordinate different actions by linking citizens with public authorities in real-time via mobile phone. The site is currently focused, for example, on COVID-19 and Hurricane Zeta.

In addition to emergency management strategies, New Orleans has seized the opportunity to transform the city with new projects not directly related to disaster prevention. The new Biomedical Center in downtown New Orleans aims to transform the city’s economy away from tourism and shipping, while the Musicians’ Village project, which comprises a music center and 72 houses to accommodate New Orleans’ musicians, was funded by the New Orleans Public Schools, philanthropic donors, musicians, and two local communities.

One of the greatest achievements of urban planning and design has been to build healthier cities.

Cities are historically an incubator for disease and epidemics have been shaping our cities over the years in a similar way that fires and flooding have. For example, the miasma theory, which began in the 17th century and persisted for many more, associated diseases such as cholera, yellow fever, and tuberculosis with ‘bad air’ coming from rotting organic matter, and although this theory was later replaced by the germ theory of disease, it was not before it had positively influenced waste removal in densely populated cities – which, people looked at densely populated cities with the fear of catching this ‘bad air’ – and created healthier buildings and public spaces. In fact, one of the greatest achievements of urban planning and design has been to build healthier cities with better sun orientation and ventilation, and a sewage system that connects with waste collection to help prevent the spread of diseases.

Parks were likewise created as a way to allow cities to breathe. The American landscape architect Frederick Law Olmsted won the competition to design Central Park in New York in 1858 in part because he believed open spaces should be accessible to all citizens, and he defended the idea of Central Park being a public park, with no private interference. This was despite the fact that, at the time, open spaces were not considered a right for all citizens.

Today, compact cities are no longer synonymous with diseases, although we still have ‘bad air’ in the form of environmental pollution, including that of the air, water, and food. We still face the challenge of making cities healthier by reducing the risk of future diseases.

Images of cities being disinfected by workers in masks and hazmat suits have drawn attention to them as potential accelerators of disease spread and it is true that COVID-19 has, for the most part, found cities the best place for reproducing due to the high potential for contagions. Density has been a key for sustainable cities due to efficient public infrastructure, but with COVID-19 compact cities have seen some of the highest rates of infected patients.

In addition, COVID-19 cannot be fought exclusively from one sole city, as is the case with other disasters like fire or flooding. It is a global pandemic which requires coordinated action between cities, countries, and organizations. Hurricane Katrina showed the negative impact of a lack of coordination between public authorities and citizens during the evacuation of New Orleans. Now consider this communication difficulty on a multinational and then global level.

Singapore is a good example of the important role public health communication plays in reducing the spread of COVID-19. A national WhatsApp service with only one-way messaging delivered information from the public authorities to citizens, avoiding the overwhelming amount of information and fake news spreading through other channels and social media. Prior to the pandemic, Singapore had built a task force that involved different government agencies to coordinate the country’s response to future pandemics, and this was essential in stopping the spread of COVID-19 because the Singapore Police and the Ministry of Health were able to cooperate in tracking infections. These procedures were developed after the SARS outbreak in 2003 and now they have proven to be effective and necessary.

COVID-19 has spread more rapidly than any other pandemic. In the past, contagion speed was measured against the speed of a horse, but COVID-19 can reach any city in the world in just 24 hours by plane. In this regard, the preparation phase has been very short, with almost no time to take action. The good news is that today we also have real-time information systems that can monitor the global movement of the virus.

Resiliency is what defines the adaptive capacity of a city. Personally, I prefer to use the term evolution because while resiliency refers to the capacity to recover from crises and return to pre-crisis status, evolution is an ongoing process that includes the creation of new opportunities. Adaptation is just one of the options for an evolutionary process.

Now is not only the time to respond to the COVID-19 pandemic, but to think about how to recover and prepare for the next pandemic. The four phases of emergency control – mitigation, preparedness, response, recovery – should be handled like the management of a continuous life cycle. The final goal is to reduce or eliminate the impact of any type of emergency in all phases of a disaster.

During the initial outbreak of COVID-19, many cities built new hospitals or reused existing facilities such as fairgrounds to accommodate an increasing number of patients. There was a lack of beds and medical supplies since health care systems were not created to support so many cases in a short period of time. In comparison, to fight against flooding, cities’ drainage systems are often oversized in order to be prepared for the inundation flow, while most of the time they only drain a small proportion of water.

Of course, oversizing pipes and drainage systems is not costly, whereas building hospitals is. So, rather than preparing for the next pandemic by building more hospitals, one option is to establish a network of beds formed by a collaboration of hospitals, clinics, hotels, elderly homes, and provisional health facilities, so that patients could be accommodated according to their condition. The beds must be close to hospitals so it is easier to manage the flow of patients and the first step is to draw a map that represents the number and type of beds in order to determine whether there is a sufficient amount and type available. Urban planning can then support the construction of new hotels or elderly homes – or renovate existing ones – and provide corresponding tax benefits.

This network of beds would be activated in case of an epidemic or other type of emergency. The design and construction of the network must start as soon as possible, and it would be just a small part of a broader emergency strategy. What is essential is that cities create a task force with diverse representation and includes a variety of professionals such as doctors, epidemiologists, data and software engineers, app developers, communication specialists, urban designers, architects, and economists. This task force should start working on the COVID-19 recovery and prepare for the next epidemic or emergency. 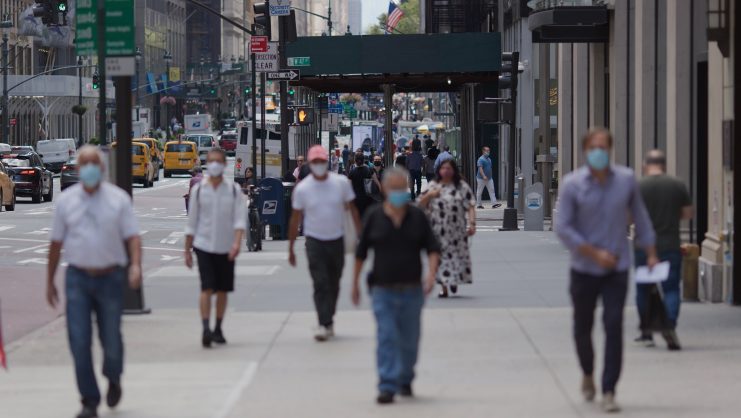 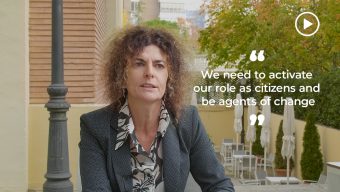 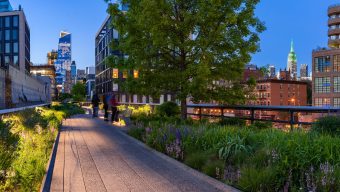