Business schools should not only explain how companies work, but take on the role of developing models that make business more diverse, inclusive, and effective, writes Santiago Íñiguez.

Some years ago, I was delivering a class on strategy when a student, a white British executive in his late thirties, pointed out that all the CEOs of the companies in the case studies I was using were “male and western”. Needless to say, I immediately decided to update the program.

A quick search for case studies on General Management and Strategy with female CEOs yielded interesting yet disconcerting results. At the time, a survey of top business school case studies showed that only 11% featured a female CEO or director, and most of them were about the glass ceiling syndrome. I could only find one recent case that fitted my course, related to Ginni Rometty, former CEO of IBM.

However, that student’s comment led me to the wider observation that it is important for educators to guide students toward a new model of society and an ideal type of company, one that might not yet exist but that can be built. A lack of case studies, or the unfortunate reality that there are still too few women heading multinationals, does not grant the excuse to forgo teaching the values ​​and principles we want to see in the business leaders of tomorrow. In fact, it makes it all the more necessary.

In my view, the function of business schools must be more than merely descriptive, that of explaining how companies work; they should also take the critical and prescriptive role of developing models that inspire entrepreneurs and serve as a reference for organizations to become not only more effective but also fairer.

Furthermore, the fact that female CEOs are still a minority should motivate business schools to design programs with content that will inspire future generations of women and contribute to achieving a balance in the composition of management cadres. Such an approach can only be better for companies and for society.

For research to move from being descriptive to prescriptive, we need more humanities in management studies.

This more prescriptive approach will require business academics to go beyond merely analyzing how companies function and instead look at how companies can help transform society for the better by becoming organizations that generate sustainable value and promote fairer and more equitable results within communities.

This concept has been backed by many leading academics, among them Sumantra Ghoshal, who in 2005 warned: “Our theories and ideas have done much to strengthen the management practices that we are all now so loudly condemning.” Ghoshal argues that most business school research and teaching models are based on false criteria.

A large part of the problem is that management long ago aligned itself with the social sciences, adopting methodologies that critics have dubbed “physics envy.” The physical sciences are governed mostly by causal paradigms, while for the social sciences it is functionality that explains how individuals behave. But, as Ghoshal points out, no amount of scientific theory “explains the phenomenon of organized complexity” that are companies, and much less how we want companies to be.

According to Ghoshal, by corseting management into the social sciences, we have engendered a “gloomy vision” of humans, along the lines of homo economicus, reducing human behavior to the satisfaction of our most basic instincts. In turn, this leads to an amoral theory of business, justified by a questionable vision of people and their behavior in companies. Ghoshal warns: “Unlike theories in the physical sciences, theories in the social sciences tend to be self-fulfilling.”  This in turn creates a vicious circle in which theory and practice feed off each other.

The result has generated ideas that “have shaped the intellectual and normative order by which all day-to-day decisions were made.” For Ghoshal, any solution must start by recognizing that there is always an ideolog and values behind management thinking, which is why social scientists carry an even greater social and moral responsibility than those who work in the physical sciences, “because if they hide ideology within the pretense of science, they can cause much more harm.”

In turn, Peter Lorange has argued that business schools need to adopt what he calls “a two-way interactive approach, where propositional knowledge meets prescriptive knowledge.” This is the kind of virtuous cycle that can be created in MBA and executive education programs where experienced professionals can give teachers feedback.

It is high time business schools incorporate, and benefit from, a classical education.

One way to facilitate the kind of change Ghoshal and Lorange have called for could be by connecting management research to the humanities. The Carnegie Foundation’s 2011 report, Rethinking Undergraduate Management Education: Liberal Learning for the Profession, recommends that the BBA (Bachelor in Business Administration), which has become one of the most in-demand programs in both America and Europe, adopts an open approach similar to that of undergraduate programs in the liberal arts. This would strengthen the humanities’ presence in business schools’ curriculum and in their research.

In fact, a growing number of business schools have already introduced liberal arts subjects into their curricula. It is to be hoped that modules on, say, critical thinking will help students challenge unethical decisions made by their bosses. In short, it is high time business schools incorporate, and benefit from, a classical education.

The problem is that many social values are based on essentially contested concepts.

However, before we can begin to evolve management studies by way of the humanities, it is important to clarify the debatable nature of many of the values and ideas employed in business.

Many of the theories used in the social sciences are open to interpretation depending on the background and worldview of the individual discussing them. Equality, freedom, and justice can be considered and applied in a variety of ways. We are in the presence of what Walter Bryce Gallie identified in the 1950s as “essentially contested concepts.” He pointed out that we might all say we are in favor of freedom, but opinions on how to realize it will differ, especially when different values or rights coexist in a society; for example when the right of freedom of expression seems to clash with somebody else’s belief that they have the right not to be offended.

In most cases of essentially contested concepts, there is general agreement on the generic concept itself. But there are also those concepts that are sources of potential disagreement. For example, we can all agree on the basic principle of feminism, which holds that men and women should enjoy the same rights. And this is why it is surprising to find that there are people who consider themselves liberals but disavow feminism. It is not necessarily that they don’t agree on gender equality but that the disagreement stems from how to implement the ideal of feminism. There are people who defend affirmative action, because they think it is the fastest and most effective method to transform society, even if it generates tension in the short term, while others believe that any form of discrimination is inexcusable, even if an argument can be found to justify it.

The dilemmas managers often face mean they must confront the different ways of understanding a principle or value, such as freedom, justice, equality, the concept of merit, and so many others. The best way to resolve these conflicts is to do so constructively, through reasoned discussion, in the same manner other difficult business issues in the company are decided.

Today’s MBA class is more diverse than it was 25 years ago, a reality that requires more awareness and respect for others, regardless of one’s personal affinities. To enforce respect, a business school community should set down in writing its principles and practices regarding the fundamental duties and rights of its members. This may be done through a code of ethics that comprises norms related to the academic community’s behavior, as well as the basic principles guiding interpersonal relations.

The beliefs that underpin most business schools’ codes of ethics do not reflect a specific ideology, religion or morality, and instead constitute what we might call cosmopolitan ethics. In fact, in today’s multicultural classes, composed of people with diverse views of the world or personal morality, a code of ethics should only cover the core rules, seeking to guarantee a constructive coexistence among participants, a sort of minimum common denominator that balances diversity and respect for others with the adherence to common rules of behavior.

Besides beliefs, conventions – understood as the customs shared throughout a community – also play an important part in facilitating relations among a business school’s stakeholders, as in society at large. Indeed, the more diverse are the personal convictions among the members of the academic community the more important is respect for agreed conventions.

Conscientious managers proactively cultivate the conventions that make business relations with people from different cultures not only possible but fruitful.

Conventions, although the result of arbitrary choices by members of a given society such as driving on a certain side of the road, are fundamental for coexistence. Examples of conventions include dress codes, forms of greeting or etiquette at the table. Conventions do not rely on values or moral principles the way beliefs do, and being “a well-mannered person” is certainly not the same as being “a good person.” It’s easy to imagine somebody who is both exquisitely polite and utterly immoral. Yet, somebody with bad manners, however well-intentioned they are, will likely encounter rejection from the group.

In recent decades, many educators have argued for the need to encourage spontaneity in students as a way to spark their creativity. But taken to its extreme, this could lead to a relaxing of conventions – on the basis that they inhibit students from freely developing their personality. In contrast, I would argue that observing conventions is, precisely, a requisite to nurture students’ personalities since it facilitates the integration of individuals in a community.

Conscientious managers proactively cultivate the conventions that make business relations with people from different cultures not only possible but fruitful. A golden rule is to treat others as they want to be treated. This is a lesson that business schools educators cannot omit. Indeed, it is an exciting challenge for those who aim at molding cosmopolitan citizens. 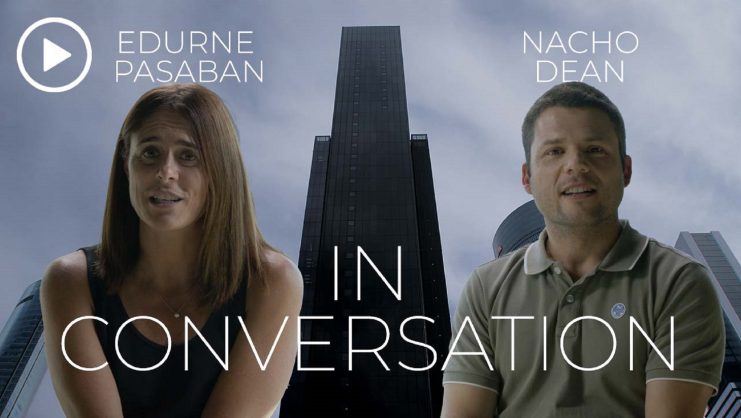 In Conversation with Edurne Pasaban and Nacho Dean

Edurne Pasaban, the first woman to climb the 14 highest mountains on Earth, sits down with Nacho Dean, the first person to walk around the world and link five continents by swimming between them, to speak about resilience, learning, and how to keep pushing after achieving your goals. 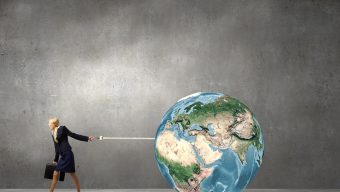 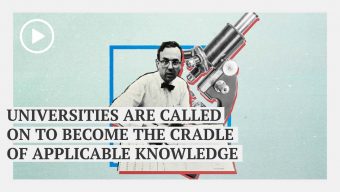 What Is Applied Research and Why Is It Important? 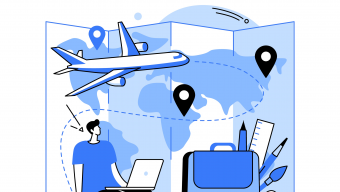 Laying the Foundation of Tourism Education