After four years of almost constant controversy and dizzying headlines, Professor Alana Moceri analyzes the effect Donald Tump’s election defeat will have on the US media landscape.

It might seem that Trump’s defeat is a sort of victory for the embattled American news media. After all, he spent the better part of his time in the White House railing against them and labeling any headline he didn’t like as fake news. But the reality is much more complicated, and while the post-Trump media landscape will undoubtedly contain less coverage of head-spinning tweets and breathless headlines – and give our phones a rest from those constant push notifications – there will also be fewer profits. Publishers are undoubtedly aware of this. As CBS Chairman Leslie Moonves said candidly at a media conference in San Francisco during the 2016 primaries, Trump’s candidacy “may not be good for America, but it’s damn good for CBS.”

War on the fourth estate

Complaints from the right about media bias is nothing new. Its roots lie in the Vietnam War, which was effectively ended by an unprecedented live editorial by the iconic news anchor Walter Cronkite. Since then, Republicans have railed against the so-called “mainstream media,” meaning the big three tv stations ABC, CBS, and NBC, and now CNN as well as newspapers such as The New York Times and The Washington Post. Trump’s populist predecessor, Sarah Palin, famously called it the “lame-stream” media and posted her statements to Facebook rather than letting them get filtered through journalists. Trump does – did – the same thing with Twitter.

It is important to note here that unlike the media culture in other countries, Spain for example, where each news outlet declares their “editorial line,” American news, for the most part, aims to be neutral. This is far from perfect and even Fox, which so clearly supports a right-wing agenda, labels itself as “fair and balanced.” Neutrality, as a concept, is fraught and too often misunderstood, but the important thing here is the cultural makeup of American media.

This attempt at neutrality often errs on the side of giving false equivalency to both sides of an issue, even when one is clearly in the moral wrong. Yet, most media industry leaders take impartiality seriously. Marty Baron, the executive editor of The Washington Post, is reported to have repeated often over the past four years: “We’re not at war; we’re at work.”

Trump has predictably spent much of his tenure in the White House raging against the press, a power that Thomas Carlyle coined as “the fourth estate.” As president, Trump simply bashed any news organization that didn’t fawn over him, labeling anything he didn’t like as fake news. This has been dangerous because while the American news media has its failures and faults, fact-based reporting remains essential to democracy but Trump has a strong tendency to make up stories to suit his personal interests. This has exacerbated the already existing phenomenon where one part of the population simply does not believe facts that the rest of society agrees upon. Eliminating our ability to deliberate about important problems that society faces and their possible solutions, degrades democracy. And in this sense, Trump’s defeat is a hopeful win for the media as an institution. But as we will see, he and his tenuous relationship with the truth is not going away anytime soon.

From head-exploding to mundane

These past four years have been punctuated with a constant flow of shocking headlines – to the point that we’ve become accustomed to an enormously high level of daily outrage and tension. It’s exhausting. But we keep clicking in disbelief. Many Americans breathed a sigh of relief at the election outcome and are eager to get off this roller coaster ride of shocking and outrageous news, to be able to shift their focus to other things. Frank Sesno, former CNN Washington bureau chief who is now director of strategic initiatives at George Washington University’s School of Media and Public Affairs described this let down of intensity when he asked: “What happens when the level isn’t Defcon 5 all the time? We may be about to find out.”

And herein lies the problem: without Trump blowing up our phones, we will click less and therefore consume less. Trump’s defeat means that political news in the U.S. promises to become very normal very quickly. With the incoming Biden-Harris White House, comes a heralded return to presidential normalcy, but there is the chance that media’s profits may fade as the news gets a bit more boring again.

Trump has indeed been a golden goose for all of the media.

This may hurt mainstream or left-leaning media the most because when the majority of their readers align with the new occupant of the White House, coverage begins to lack the outrage that tends to drive clicks on content. In general, though, all media have a lot to lose when Trump departs because during his four years The New York Times and The Washington Post tripled subscriptions since 2016. Cable news too, not just Fox News, but MSNBC and CNN have also thrived with record ratings and profits.

According to Kagan, a market-research firm that is part of S&P Global Intelligence, ad sales for Fox News, CNN, and MSNBC will fall by 13.1% in 2021. The end of 2020 has brought restructuring and layoffs in many of the major news organizations. While there seems to be hope for specialized digital platforms, there is little room for more than a few big mainstream newspapers, and local news continues to shrink.

Trump’s breakup with Fox has been brewing for a while but it came to a head on election night when, along with AP, they called the election results in Arizona for Joe Biden. This enraged the president who, of course took to Twitter, “@FoxNews daytime ratings have completely collapsed. Weekend daytime even WORSE. Very sad to watch this happen, but they forgot what made them successful, what got them there. They forgot the Golden Goose. The biggest difference between the 2016 Election, and 2020, was @FoxNews!”

He is right, of course. Trump has indeed been a golden goose for all of the media, and especially Fox – despite the fact that they’ve been a right-leaning news organization during a Republican administration. The reason news organizations of the same persuasion as the president usually lose some of their fizz is because they basically agree with most of what’s happening and so does their audience. And this traditionally makes for lackluster headlines. Yet, this didn’t happen with Trump because he intuitively understands that outrage drives ratings and continually fed that need – even until the very end he has made the most of his presidential bully pulpit to continue his grievance-based narrative of the perennial victim. Even as he held the most powerful elected office in the world, “poor Donald Trump” managed to keep the outrage machine cranking out clickable reasons for his supporters to be angry. And it worked.

Despite Trump’s ire and talk of bad ratings, Fox continued to kill it with record-breaking ratings of 14.1 million viewers on election night and makes nearly $2 billion a year. And while an angry Trump translates into an angry Trump supporting mob – among the new chant at his rallies being “Fox News Sucks!”— it remains to be seen if he really can damage the behemoth that is right-wing news. Or as Howard Polskin, who tracks right-wing media outlets on TheRighting, said: “They’re not the 800-hundred-pound gorilla, they’re the 8,000-pound gorilla.” He went on to explain, “Fox News casts a huge shadow and is very important. Foxnews.com’s audience is 10 times as large as the second-largest conservative outlet. It’s not even close.”

Like Fox, other right-wing media has flourished under Trump, and his anger with Fox is giving a boost to the ultra-right media, notably, Newsmax and One America News. These outlets are tiny and more conspiracy-driven compared to Fox, but Trump boosted them via retweets and recognizing their reporters during press conferences. For example, in June he tweeted “.@FoxNews weekend afternoons is the worst! Getting into @CNN and MSDNC territory. Watch @OANN & @newsmax instead. Much better!” Should he choose to partner with them or similar websites, he could cobble together a media network that Trump’s followers and donors would surely flock to.

Media columnist for The Washington Post Margaret Sullivan suggests that Fox should “keep appealing to a right-leaning audience — but commit to doing it within the realm of the truth.” This would be doubling down on the kind of solid reporting done by Fox News and letting go of the mendacious opinion shows. This is a tall order since the opinion shows are Fox’s flashiest products. A boost to ultra-right media would certainly leave Fox in a position to move towards (or remain in, depending on how you see it) a more mainstream, right of center position that could support a renewed Republican Party.

But – and this is more menacing to the Republican Party than to Fox – Trump will be there, spinning conspiracy theories and his supporters into a constant frothy rage. For example, he has indicated that he will run again in 2024 and that means that he will do everything he can to remain a constant presence in the media.

Underpinning all of this are the persistent rumors that Trump will start his own cable network or digital platform to amplify his post-White House voice and help pave the way towards a run in 2024. The idea of Trump TV has its roots in 2016, when most people (including Trump himself) thought Hillary Clinton would be the nation’s 45th president. His son in law went so far as to bid on the Weather Channel and the idea was to put together something that looked a lot like Facebook Live, an idea that is now seemingly being revived.

In his 2019 book, James Poniewozik, the chief TV critic of The New York Times posits that Trump doesn’t just watch and appear on television, Trump is television. So, it’s not hard to imagine what Trump TV would be like: to the right of Fox, built more to entertain rather than attempt any serious policy discussion, with peerless fearmongering and race-baiting. It would of course be all about Trump. The nightmarishness of it is in the audience it might attract. Yet Fox Corporation CEO Lachlan Murdoch doesn’t seem afraid: “We love competition,” he said during a company earnings call, “we have always thrived on competition.”

In the wake of the violence in the Capitol on January 6 that Trump himself incited, many of the social media platforms have either temporarily or permanently banned him, most notably Twitter. Further, the right-wing social media app Parler has been banned from Amazon, Apple, and Google over violent content related to the Capitol attack. With this, along with resignations from Trump’s Cabinet and White House and other Republicans distancing themselves, some analysts believe that Trump’s hopes of a digital platform or TV channel have been dashed, but I couldn’t disagree more. Trump’s fans still adore him, and they will continue to be an important piece of both the Republican Party base and the conservative media audience.

A New Social Contract for the Growing Digital Economy

The Leaders We Love at Our Peril

Why China Is Key to Our Energy Transition

Do We Need to Regulate the Cryptomarket? 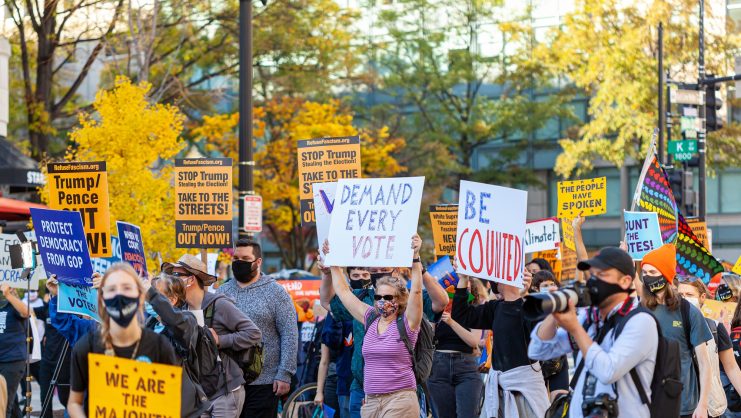 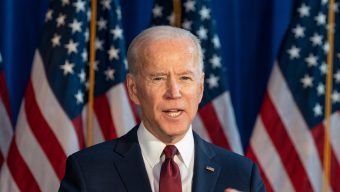 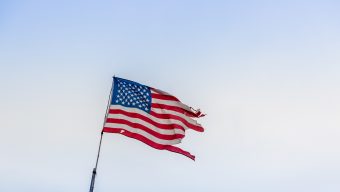