Enrique Sueiro, author of Brújula directiva: 25 horizontes (Management Compass: 25 Perspectives), details how, in order to lead effectively, executives must learn to listen – to their company, their employees, and to themselves. 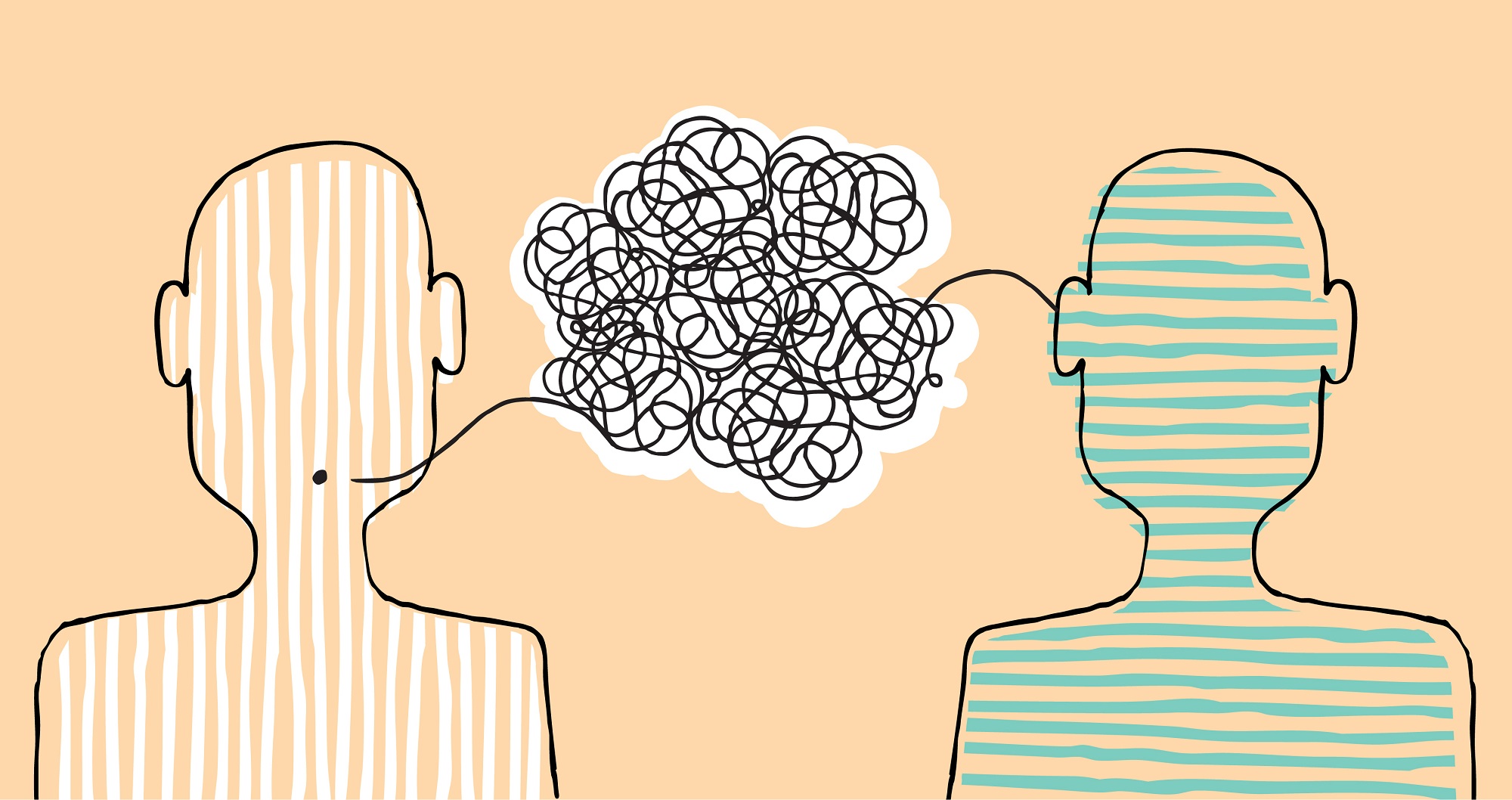 The ability to direct one’s self with honesty and virtue is important for every individual and particularly so for those who, by virtue of their position in business or society, have the power to influence and impact others. For this reason, leaders need to put down their stopwatch and pick up the compass.

Speed and the bottom line – both undeniably necessary in business – are heavily prioritized and rewarded in our present society. While many organizations claim to put people first, their actions and everyday practice often reveal something rather different. This inconsistency can have a detrimental effect. For example, when a manager asks for an opinion about a particular project, he or she is giving the impression of listening – which is obviously positive… except when it is used only for optics and the decision has, in fact, already been taken.

According to Lynda Gratton, organizations should create a “living strategy” that places people at the heart of corporate purpose. From here, I developed what I call the PEPA principle: first the people, then the papers. That is, putting the people who make up the organization before the organization’s procedures, technology, even positions and hierarchy. The employees should be more important than the bureaucracy.

Part of this is the importance of leaders helping employees develop the skills that enable them to practice and internalize the habits – for example listening – that create a workplace that is people-centric. For example, paying attention entails the use of ears, eyes, and the whole body being focused on the person speaking, taking care not to interrupt, and responding thoughtfully to opposing views. In other words, listening in order to understand. These habits are like seeds that take time to flower, but the effort is worth it. As the saying goes: sow a thought, reap an action; sow an action, reap a habit; sow a habit, reap a character; and sow a character, reap a destiny.

This entire maturity process is quickened and enriched with silence and pause. Silence, because to attenuate external noise enables us to tune in to each individual. Pause, because the important things in life are done slowly. In this way, attitudes are fostered that encourage what the late Indian scholar Sumantra Ghosal called cooking the sweet and the sour together.

The English writer and philosopher G.K. Chesterton pointed out that “Thinking means connecting things, and stops if they cannot be connected.” We must have the good sense to bring together what is important, to harmonize information, environment, and emotions. Contextual intelligence leads to accurately dimensioning reality, even if the resulting dimension goes against that which is shaping public opinion.

Listening to the organization, and the people who make up that organization, is a way to fortify the business’s reputation from the inside out.

The word “intelligent” is from the Latin intelligens-intelligentis (one who understands) and from intus (within or inside) and legere (to read). Thus, a loose translation could be that the intelligent person reads between the lines – and within and without the lines. Therefore, being intelligent entails the act of detecting seemingly irrefutable assumptions as being false and recognizing cognitive biases that might impair the ability to perceive what is real. For example, merely consuming news is compatible with misunderstanding the world. It takes analyzation through the connection of already-known truths. This contextualization is a ceaseless state since we are constantly accessing new information, filtering it, and comparing it to what we already know and think.

In this regard, it is important for leaders, and frankly every individual, to distinguish between two very different verbs: to be and to seem. For example, when you firmly trust someone who does not actually deserve your confidence or, another example, when you are unable to recognize your own unethical behavior. This takes an open mind. Thus, it is recommended to consider the following when making decisions:

What can heal the situation? Well, organizations are systems that are very much like the humans of which they are composed. Thus, I prescribe communication therapy, an active ingredient of which is listening. Yes, listening to lead. This approach opens up a more reflective and careful mode of management, one that enables critical thinking, problem solving, and innovation. In a perverse, and nowadays widespread trend, perception often takes precedence over reality, image over intimacy, and public profile over internal communication. But listening to the organization, and the people who make up that organization is a way to fortify the business’s reputation from the inside out.

An interesting – and uniquely soothing these last few years – fictional case study of the ability to communicate power can be found in the US political drama series The West Wing. It is a fiction so plausible – ripped from the headlines (as they say in the United States) of its time – that it borders on reality. For example, leadership and its communication is often hindered by ego, whether personal issues block progress or simply delay the delivery of difficult news. The key here is to realize that the truth is always revealed sooner or later – often sooner than anticipated.  Thus, it is always best for communication to begin from within the company, ideally from management itself.

This TV series is set within the present day, but the necessity of understanding the how, when, and whom to inform during a crisis is not a new strategy. In fact, the 17th century’s The Art of Worldly Wisdom by Baltasar Gracián tackled this issue of communication, bundled with the skill of listening, to develop the ability to foresee the foreseeable and to proceed with discretion. And later, in the 18th century, Abbot Dinouart furthered this concept of a prudent communicative ecosystem, with three levels of wisdom: the art of remaining silent, the art of speaking little and exercising restraint in discourse and, finally, the art of speaking a great deal without speaking too much or too poorly.

This brings us to the concept and purpose of spokespersons. Each one of us serves the role, whether it is for a company, a department, an issue or initiative, or simply as our own self-advocates. It therefore serves each one of us to understand how to pick up the compass and learn how to personify our true selves through our message – in both action and words.  This is particularly relevant when dealing with sensitive issues. The key, in my opinion, is to learn the criteria for simplifying the complex with precision and clarity.

With compass metaphorically in hand, one is able to establish the healthy balance of listening, learning, and reflecting with executive action, plus keeping up with the latest advancements. This keeps priorities in sight. It is not a question of discarding the stopwatch, but of aligning it with the compass – because before we can use speed we must know our direction first. 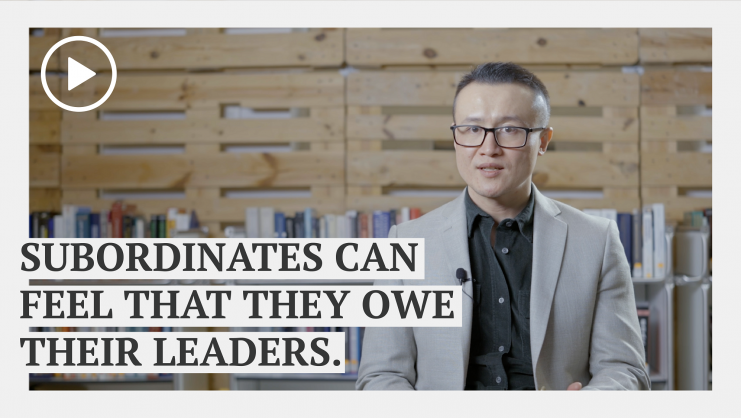 Charismatic leaders such as Steve Jobs and Elon Musk are known for their inspirational characteristics, but we rarely hear about the other side of these personalities. Professor Bin Ma uses his research to highlight the potential “dark side” of these leaders, whose often increased levels of narcissism, among other negative characteristics, can cause serious harm to the culture in companies and organizations. 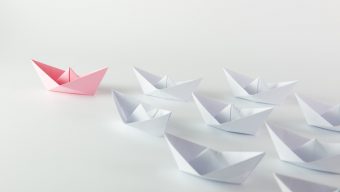