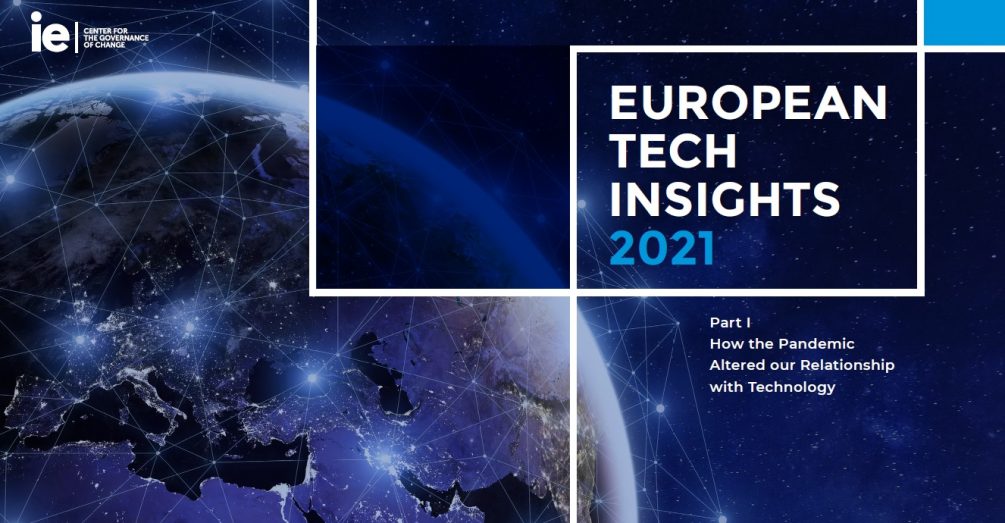 Our annual survey European Tech Insights 2021,  explores how European citizens feel about technological change and its governance. Part I of the report reveals the impact the pandemic has had on public attitudes towards healthcare, automation, social media and urban areas.

One year on from the outbreak of Covid-19, the findings suggest a sense of growing public responsibility to address the big societal issues which have been exposed or exacerbated by the pandemic – such as improving healthcare systems and protecting jobs.

In many cases, we are seeing a trend towards cooperation and social cohesion, and a changing relationship with urban spaces:

– Most Europeans (61%) are willing to pay more taxes to raise the salaries of essential workers from nurses to shop-workers. Highest support is found in Sweden (70%), UK (70%) and Spain (67%). The only country that is against the measure is France (54% against)

– A majority of Europeans (65%) support building a European Health Union to enhance cooperation in public health, with the strongest support in Spain (75%), Italy (73%) and the Netherlands (70%).

– 67% of Europeans support fiscal measures to help people and businesses move to smaller cities and rural areas, with the highest support in Spain (83%).

The report has also heightened job security concerns and points to a growing generational divide, which is set to widen as digital natives get older and their purchasing and political power grow.

– Most young Europeans under the age of 25 (46%) show less privacy concerns and are more willing to share personal data, like their health data, while most over 35s (53%) would prefer not to. Strongest support is seen in Italy (52%), Spain (41%) the Netherlands and Poland (38%).

– Similarly, young Europeans are willing to let their governments share their health records with companies like Google, with 55% of under 25-year olds in favour.

The pandemic has also had an impact on Europeans’ relationship with the city. This year is the first time we record a majority (43% in favour vs 41% against) that supports reducing the presence of cars in the center of cities through taxes or other restrictions.

As part of the research, the CGC surveyed 2,769 respondents between 1-18 January 2021. Part Two of the Tech Insights Report is expected in May and will focus primarily on the use of technology and the governance implications for democracy.