The United States’ influence in Latin America is undisputed, but how has the region viewed Joe Biden’s first 100 days in office after four years of Donald Trump’s hard line? US President Joe Biden’s first 100 days have been remarkably productive. Yet, it is clear that Latin America has not yet risen on Washington’s priority list – except for the Central American migration flows, which directly impact the US domestic political agenda. Despite this, the region is important to the United States (just not urgent) and the country’s influence in the region remains undisputed.

When the Biden administration does turn its attention to Latin America, the expectation is that the White House will be firm with regimes such as Venezuela, Nicaragua, and Cuba, demanding respect for human rights and progress towards democracy. What the world anticipates is a change from the dialectical confrontation and heavy-handed tactics of the Trump era for a carrot and stick policy of diplomatic dialogue and sanctions.

For the main countries in the region, the relationship with the United States – particularly in regards to politics, economy, and immigration – is vital. So, it’s relevant to ask: What is Latin America’s take on Biden’s first 100 days in office?

Mexico: an important relationship between presidents with little chemistry

According to Luis Miguel González, Director of the Mexican newspaper El Economista, “Mexico’s experience of Joe Biden’s first 100 days has been similar to that of a spectator who has changed channels and can’t quite figure out what the movie is about.” The migration policy is a key example of this, with Mexico considering Biden’s “iron fist approach to be similar to that used by the Trump administration, just couched in humanist rhetoric.”

Biden and López Obrador do not particularly like each other and are, for the moment, traveling separate paths.

The US and Mexican economies are closely intertwined and bilateral trade continues at a pace of more than $1 billion a day, with Mexico experiencing an economic recovery that means an increase in exports and remittances. The new version of the free trade agreement between the North American countries (USMCA) is still in its implementation phase and, according to González, it generates both optimism and concern in Mexico in regards to how it will work with a Democrat-occupied White House.

The Biden administration’s environmental agenda is in sharp contrast with that of President López Obrador, whose lack of interest in the issue is a good example of how the presidents have difficulty finding common ground. Furthermore, the two countries have pledged to changes in labor policy, but the “commitments are proving tough to digest, such as the transformation of the labor justice system and the introduction of mechanisms to ensure full trade union democracy.”

González says, “Biden and López Obrador do not particularly like each other and are, for the moment, traveling separate paths. It remains to be seen whether there will collide in the future. What is clear is that top-level governmental cooperation will be difficult to achieve.”

The lack of chemistry between the two presidents “is significant, but it is not the whole story,” says González, and it will likely prove impossible to not work together. More than 12 million Mexicans live in the United States and roughly two million Americans live in Mexico. “We share a 1,000-mile border and we have a dozen metropolitan areas that are binational.”

Alfredo Hernandez, Director of El Economista (Central America) has noted changes in the relationship between Central America and the United States since the start of the Biden presidency. “One hundred days into the new US administration, Washington has given clear signs as to what it expects from Central America, i.e. the fight against corruption, transparency, and immigration. But it has encountered different responses from different nations, ranging from those of its steadfast allies in Costa Rica and to some extent Guatemala, to its difficult partners in Nicaragua and Honduras, and the dictator-in-the-making El Salvador.

“In December, prior to being sworn in as president, Biden telephoned the Costa Rican President Carlos Alvarado and pledged to strengthen the alliance between Washington and Costa Rica on the basis of shared democratic values. He thanked Alvarado for his regional leadership on human rights, regional immigration, the climate crisis, and the pandemic and promised to promote a common vision for regional prosperity and more effective organizations in the hemisphere.”

Another gesture from the Biden administration towards the so-called Northern Triangle (Guatemala, El Salvador, and Honduras) is the apparent choice of Guatemala as its first ally in the area, with Vice President Kamala Harris telephoning President Alejandro Giammattei, who also met with Ricardo Zúñiga, the newly appointed US Special Envoy for the Northern Triangle. Meanwhile, in El Salvador, President Nayib Bukele refused to meet Zúñiga personally, delegating the visit to his foreign minister, and this snub has “jeopardized the healthy relations that El Salvador and the United States have enjoyed in the past,” comments Hernandez.

In his address to the US Congress, Biden cited corruption as among the causes of migration from the Northern Triangle.

Despite the sting inflicted on Washington by some of the region’s leaders, the Biden administration is promoting a plan to invest up to US$4 billion in Central America over four years with the aim of improving living conditions for the citizens in the region and thus curbing emigration to the United States. The aid, Hernandez says, is of course conditional on the fight against corruption and NGOs will receive contributions directly to prevent possible redirection. The package includes US$310 million in increased aid to the Northern Triangle, with US$255 million going to the urgent humanitarian situation of people in Guatemala, El Salvador, and Honduras.

According to Hernandez, “the release of these funds is no coincidence. Since the beginning of 2021, the number of migrant children has increased significantly at the US-Mexican border, from 380 to nearly 3,500. Washington is already beginning to view this as a crisis situation, with a large number of these minors coming from the Northern Triangle.”

In his address to the US Congress, Biden cited corruption as among the causes of migration from the Northern Triangle, sending a message to the Bukele administration and similar governments that the US democracy will not tolerate autocrats. “Nevertheless, Bukele, with the help of the congressmen of the president’s party who are a large majority, moved towards autocracy by dismissing the judges of the Constitutional Chamber and the Attorney General without following the process of law. International condemnation has been unanimous and sanctions are expected for El Salvador.”

Fernando Quijano, Director of the Colombian financial newspaper La República, comments that the relationship between the two countries has been relatively unaffected by the change from the Trump to the Biden administration because Colombia is a key political and economic ally for the US in Latin America with access to both the Pacific and Atlantic coasts. Thus, the relationship transcends whomever is in office in either country. According to Quijano, “there has not been much difference in the US dealings with Colombia between Trump and these first 100 days of the Biden administration, though it is true that US Democrat governments are more watchful of how Colombia’s internal conflicts evolve, while the Republicans tend to focus on tackling drug trafficking.”

The view from Julio Lira, Director of the newspaper Gestión de Perú, is that “Joe Biden has focused on his domestic agenda with the promotion of a multi-million-dollar economic relief package aimed at strengthening the US economy. Latin America is not yet a priority, except for the migration issue, which is mainly linked to Mexico and Central America.”

In the case of Peru, climate change and clean energy are of mutual interest and for the moment – one of the most notable events in the country Peru has been the signing of a memorandum of understanding to combat illegality, strengthen forest governance, and to promote an inclusive market. “There is anticipation of what Biden’s administration could mean for Peru in the near future,” says Lira, “considering that this year could welcome a new president.”

The new US Ambassador to Peru, Lisa Kenna, began her post in March, although she was appointed by President Trump, and the upcoming visits by State Department officials will be a first sign of how much Latin America, and in particular Peru, is on Biden’s radar.

“Expectations will be shaped by the work of Brian Nichols, who has been designated as Assistant Secretary of State for Western Hemisphere Affairs. When Nichols was the US Ambassador to Peru, he took special interest in the fight against drugs and the environmental and labor protection issues in the Free Trade Agreement that is in force between the two countries.” 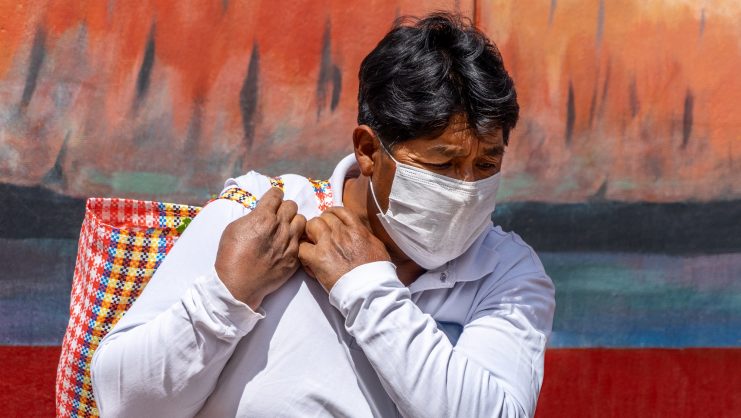 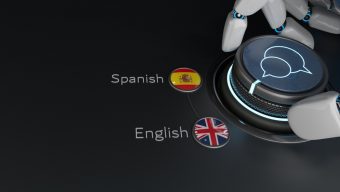 Spanish as a Native AI Language 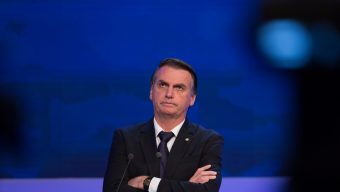 Brazil: Will Bolsonaro Win the 2022 Elections?