The perception of Eastern Europe is, for many of us, widely distorted from reality. Professor Susana Torres Prieto analyzes how the nations that make up this area have been central to Europe since its dawning, and argues the “miracle” of a united Europe which includes these countries must be celebrated and supported. 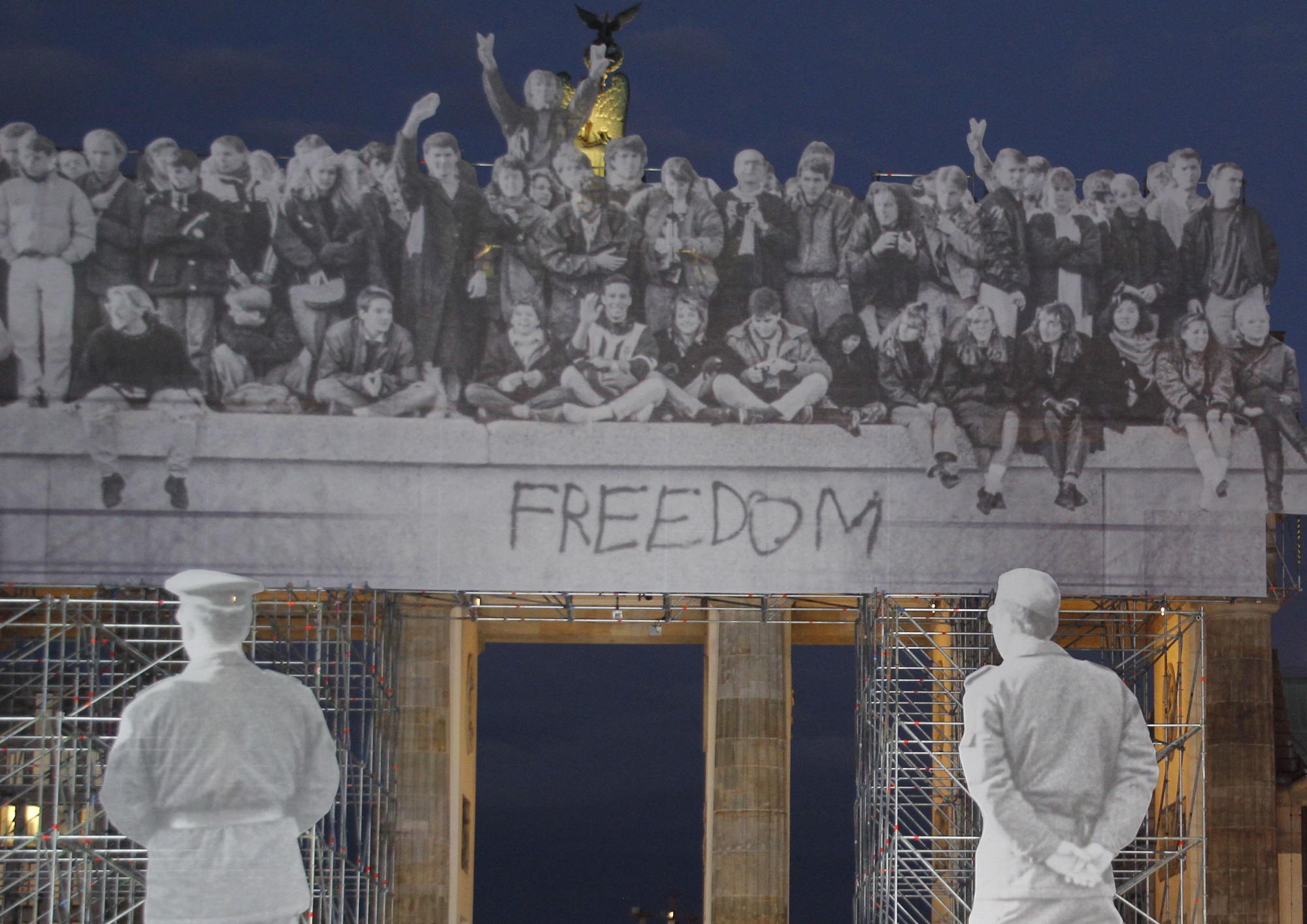 George Orwell chose the year 1984 to entitle his most unsettling and dystopian novel, featuring the character of Big Brother, who is always watching. In that very year, the vast majority of the European youth were dancing to the hit song “99 Red Balloons” by the German group Nena, (released in its original language the year prior as “99 Luftballons.”) Like Orwell’s novel, the song also presents a dystopian future. In the song, both sides of Europe would destroy each other by shooting missiles over a wall, the strife having begun when one of the sides allegedly mistook 99 balloons for UFOs and open fired, an act which was replied to by the other side.

This storyline is inconceivable now but in the times of the Cold War, the scenario was plausible. Even before the fall of the Berlin Wall in the winter of 1989 and the reunification of Germany a year later, winds of change had already started to blow from the East. The Polish trade union Solidarność (Solidarity) was finally bringing people to the streets, Mikhail Gorbachev had been elected General Secretary of the Communist Party of the USSR in 1985, and the cracks beyond the Brandenburg Gate multiplied. It seemed that, finally, the world described by John Le Carré in Tinker, Taylor, Soldier, Spy had come to an end. A general feeling of victory and relief invaded the Euro-Atlantic world as Reagan and Gorbachev signed the Intermediate-Range Nuclear Forces Treaty (INF Treaty) for the elimination of their missiles in 1987: finally, Western liberal democracies were winning the chess game that had begun in Yalta and Postdam in 1945, and had condemned the European continent to decades of misery. In only four years, the above-mentioned song was no longer a working hypothesis.

Soon enough, however, the tide of euphoria changed with news arriving from the former Soviet bloc: the Yugoslav wars watched on TV by the rest of horrified Europe from 1991-2002, the Chechen Wars (1994-96 and 1999-2000), Dagestan, Ossetia, Georgia, Nagorno-Karabakh…The conflicts multiplied, and so did the immigrants to the West. Neither the speedy German unification nor the even more speedy processes of enlargement of the European Union, which only rendered its first fruits in 2004 (Poland, the Czech Republic, Slovakia, Estonia, Latvia, Lithuania, Hungary, and Slovenia), seemed able to stop the proliferation of mafias, conflicts, immigrants, and a free fall of national economies.

The IMF, either due to panic, inexperience, or sheer negligence (or a perfect storm of the three), applied a radical “laissez-faire” policy to all these countries that had known nothing but state-planning and common property for the last decades. Only Tito’s Yugoslavia had allowed for some form of private property, but during the 1990s they were destroying each other in bloody wars nobody understood. The dream of a unified Europe was turning into a nightmare for whole generations of Europeans, particularly those who simply were too old to learn the new ways of a private market economy or how to leave everything behind and start anew somewhere else.

Pandora’s box had been opened and it seemed that, just as in the Greek myth, the only thing left was hope. For the best part of the decade of the nineties, Eastern Europe meant difficulty, problems, and crime. Symptomatically, all the villains in American films of the last decade of the twentieth century had a clear Slavic accent, from the antagonists of James Bond to the criminal who hijacked the plane carrying Harrison Ford as president in Air Force One.

The first enlargement of the European Union in 2004 and the subsequent ones of 2007 (Romania and Bulgaria) and 2013 (Croatia) forced many of these countries to implement substantial legislation reforms, dismantle large military states, tackle corruption, and make the necessary adjustments to their impoverished economies during ‘acquis communautaire’ process. Perhaps not all would indisputably say that they are better now than they were some 20 or 30 years ago (and this is the reason ultranationalist parties garner support in many of these countries), but for many of these countries at that time, the only way out, as it is often said, was to go forward, despite all the mistakes that might have been committed.

This unification of Europe under the umbrella of the European Union is, without the slightest shadow of a doubt, the best thing that Europe has accomplished in modern history. “Never was so much owed by so many to so few” said Winston Churchill on August 20, 1940 at the House of Commons. Indeed, the sentiment could be applied not only to the European leaders who supported, (for spurious reasons or not) the enlargements of the European Union, but also to the leaders to the east. Particularly admirable were the Presidents and Prime Ministers of these eleven new states who faced opposition at home and reservations abroad as they navigated empowering mafias, crippling economies, and general frustration in order to put their countries back in the common house from which they should have never been expelled in the first place.

Europe is one of the most miraculous endeavors of human determination in history.

Because, now that the situation has settled and we find ourselves sharing a currency and a borderless area, it is a good time to remember that, regardless of their tragic history throughout the twentieth century, these Eastern European countries – to which many of us now travel for holidays – have been at the center of Europe since its dawning. It is not only worth remembering that in Romania they speak a language of the same family as Spanish or Italian (courtesy of the Roman legions established in the province of Dacia) but that throughout the Middle Ages, the ruling houses of Eastern Europe – from Serbia to Hungary, and from Poland to Bohemia – intermarried, traded, and made politics with the West, that pilgrims from current Ukraine and Russia arrived to St. James of Compostela in Spain (walking!), that the Republic of Venice held an important number of ports in what is now Croatia, and that Prague was the capital of several Holy Roman Emperors – yes, those heirs of Charlemagne.

Perceptions are a funny thing, and for those of us born while Europe was still split in two, our perception of Eastern Europe has been hopelessly distorted. The majority of these nations in Eastern Europe (aside from Hungary, Romania, and the Baltic states) speak a Slavic language that belongs to a distinct linguistic family descending from what was once a more or less cohesive social and ethnic group that arrived to the European continent around the sixth century. Together with the speakers of Romance and Germanic languages, they are the largest linguistic group of the European Union, and still the general knowledge about the history and culture of the Slavs is relatively poor in Western Europe. For decades, the fact that they were members of the Warsaw Pact, under a communist economic system and a Soviet political one, did not contribute to our knowledge of them, much less to our understanding of their problems and of their conflicts. The Yugoslav Wars – and indeed even the peaceful and exemplary separation of former Czechoslovakia –  unearthed historical problems of which we in Europe were simply not sufficiently aware. The same could be said about the wars in the Caucasus and the currently unresolved conflict between Russia and Ukraine.

Before the better part of Central and Eastern Europe fell under the rule of one of the three empires that dominated the region’s politics from the fifteenth century until the First World War (Austrian and later Austro-Hungarian, Ottoman, and Russian), many of these countries had glorious and fascinating histories. Of course, it is not strange that history and religion carry so much weight east of Berlin: just when Central and Eastern Europe had begun to enjoy a newly acquired independence, two world wars and a betrayal suffered at Yalta and Postdam in which they were mercilessly handed to Stalin as war booty put a terrible stop to their wishes of freedom and independence. Many of these countries are free and independent now for the first time since the end of the Middle Ages. They, who have exemplarily assumed in record time the most traumatic economic and political transition that Europe has ever undergone, are the real testimony of what really means to be European – and are, as Schiller said in his lyrics of the ‘Ode to Joy’ that Beethoven used for his Ninth, “Wem der große Wurf gelungen, Eines Freundes Freund zu sein” (Whoever has succeeded in the great attempt, to be a friend’s friend.) Together, Europe is one of the most miraculous endeavors of human determination in history. We should not forget it, lest others try to distract us by shooting balloons to the sky.

Susana Torres Prieto latest book, Los Antiguos Eslavos is a brief history of Central and Eastern Europe from the fifth to the fifteenth centuries. The English version is expected for 2022. 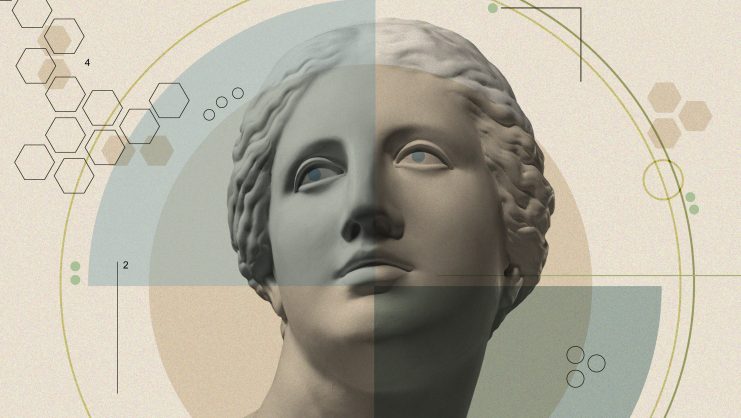 Coming Home to the Humanities

María-Eugenia Marín considers how the humanities, which have been at the heart of education for millennia, are needed more than ever to help us understand the world around us with critical thinking and a human touch. 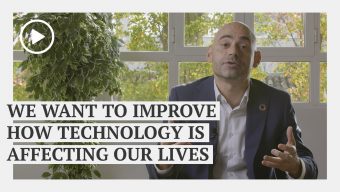 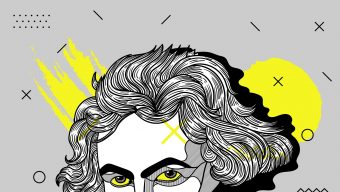