Ludwig van Beethoven’s musical genius is well-documented, but here Professor Cristina Simon reflects on the life lessons to be learned from the visionary composer’s stamina, innovation, and clear sense of purpose. 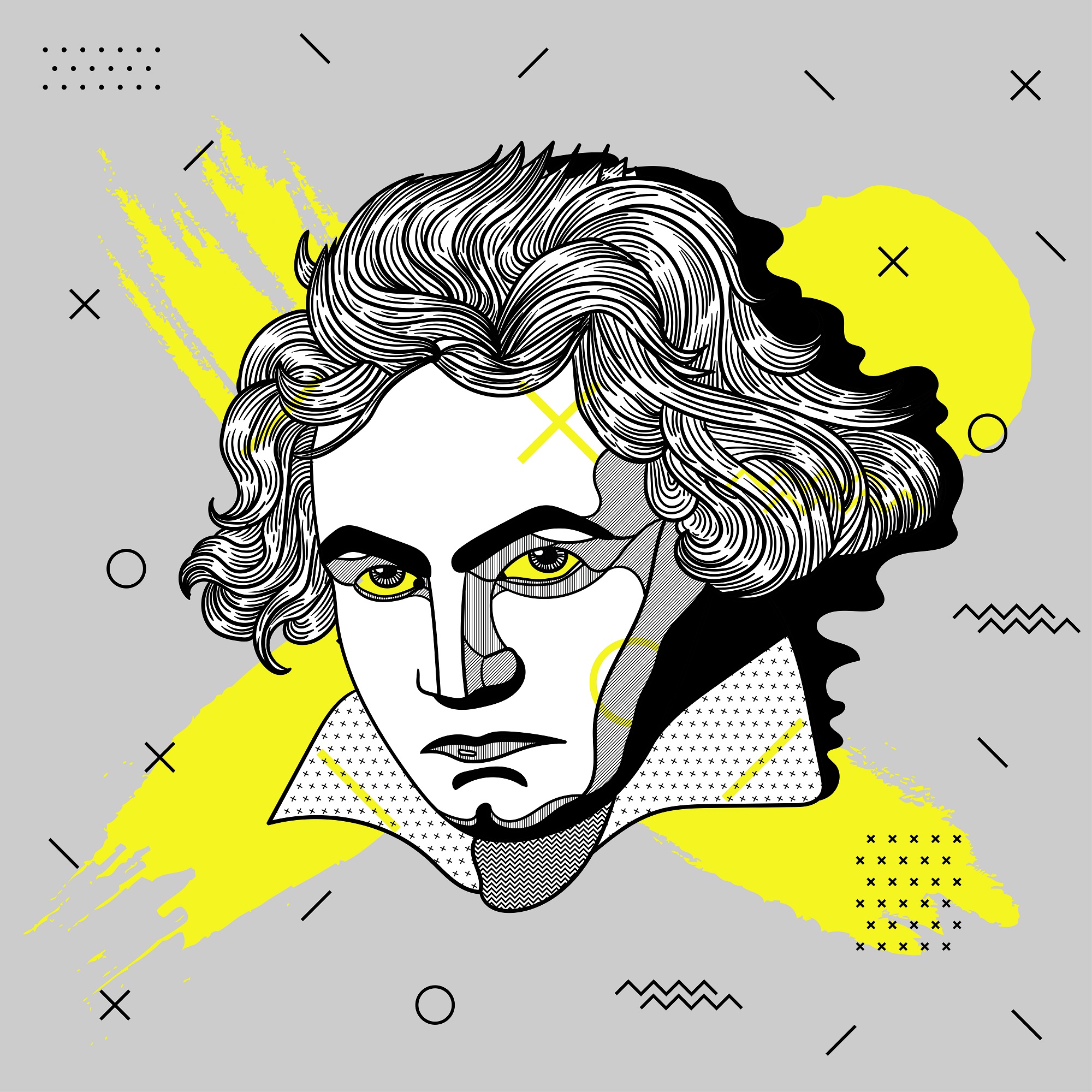 The ill-fated 2020 marked the 250th anniversary of Ludwig van Beethoven’s birth. The grand celebrations surrounding the figure of this musical genius were suspended or postponed, yet this does not stop us from reflecting on some aspects of his life and work which, with hindsight, furnish important lessons for us as citizens of the complex 21st century. Obviously, times were very different from ours, yet nevertheless, many of the psychological traits that helped the characters of that era to achieve significant social and individual accomplishments can be put into practice today to live a fulfilling personal and professional life.

Beethoven was born in Bonn in 1770 and died in Vienna in 1827. This means that his life was spent between the 18th century, which saw the birth of the Enlightenment, and the 19th century, which was shaped by Romanticism. Although many consider Beethoven as the “first romantic” or at least the father of the artistic transition between both periods, the truth is that a large part of his music was inspired by the purely humanist values of the Enlightenment, as reflected in the Ode to Joy, which forms part of his Ninth Symphony and is today one of the greatest symbols of world universalism.

The first of the lessons that Beethoven can give us to help us live through today’s complex times is related to the importance of having a life purpose, a reason to guide our personal and professional behavior. One of the things few know about this composer is that he was a child prodigy of greater capacities than Mozart. Unfortunately, unlike Mozart, whose father managed his children and promoted little Wolfgang, Beethoven’s family was not in a position to tap into his talent. His father, a professional musician at the Elector’s Chapel in Bonn, was a weak spirit who gradually became an alcoholic and placed a large part of the burden of supporting his family on the teenage Beethoven.

Despite these difficulties, Beethoven soon left Bonn and moved to Vienna, the epicenter of music, where he quickly gained a reputation as a concert performer. Yet his life purpose went much further: his aim was to turn music into “sound poems”, in his own words. Music had always been considered a secondary form of art from an aesthetic point of view, despite its importance and constant presence in society. In the case of vocal music, such as the mass and opera, it served the purpose of emphasizing the words expressively. On the other hand, purely instrumental music remained an ambient element for aristocratic parties and soirees; it had to be pleasant, though without an essence of its own.

This purpose of elevating music to the status of a high art such as painting, architecture, and poetry – hence his idea of a “sound poem” – guided Beethoven throughout his career. At a time when psychiatrists and psychologists warn us of the risk of slipping into depression because we do not have a life project, this great musician teaches us the value of having a personal goal to surmount the adversities that arise along the journey of life. Beethoven differs from the great musicians of the time, like Haydn and Mozart, as he created music that captured the listener from the start. He did not seek to please the listener but instead aimed to stir up his emotions and involve him in his own narrative, to take him on a journey through complex sounds that were completely revolutionary at the time.

This leads us to Beethoven’s second great lesson: his style of innovation which, although highly disruptive, was deeply rooted in the tradition of masters such as Bach, Handel and his contemporaries Haydn and Mozart. We live in times where the fashion of disruption dominates, the surprise of creating something radically new. Beethoven did not actually create new genres; his great works are symphonies, concertos, and sonatas that already existed. However, he transcends the limits of each type of music and of each instrument. This is particularly apparent in his role, also widely unknown, in the development of the piano as an instrument in the 19th century. The great piano makers competed for his advice and criticism and for him to play their instruments, for which he created increasingly intense music that harnessed their potential to the full. The composer applied this innovative approach to other instruments that he explored through his relationships with virtuosos such as Bridgetower with the violin, Dragonetti with the double bass, and Punto with the horn.

Beethoven’s music, whether composed for soloists or for orchestral accompaniment, always sought to break down the boundaries and comfort zones of the performers. In fact, we could regard him as the father of the tradition of concert rehearsals. Until then, pieces were practically performed without prior rehearsals by the orchestra. Beethoven was the driving force behind the way in which classical music is performed, a way which has survived to this day. Musicians discovered that it was impossible not to rehearse, and that the role of the conductor was crucial. Likewise, the audience assumed that his music would not be understood in a single recital, which required remaining silent and listening attentively. Beethoven, as recognized by critics and aesthetes in the 19th century, gave music its own essence and elevated it to the status of art in its own right.

Beethoven’s journey was not without its difficulties and frustrations, which brings us to his third lesson: stamina. Beyond the resilience that is recommended at this time in the face of adversity, Beethoven demonstrated extraordinary energy in the face of the enormous challenges he had to face. One of his mottos was in fact “difficult is beautiful and good”. Obviously, his deafness, the greatest of his problems, has remained forever associated with his name. What is generally not known is that his symptoms began at the age of 28, shortly after his arrival in Vienna, when he began to suffer from tinnitus, a disease that generates constant noise in both ears. It is difficult to imagine a worse illness for a musician, and meant he was forced to give up performing and teaching (his basic sources of income at the time). His desperation, after trying multiple medical treatments to no avail, led him to suicidal thoughts. These are reflected in the so-called Heiligenstadt Testament written in 1802, a letter to his brothers in which he leaves them his possessions if he ultimately decides to end his life. The text itself reveals once again the importance of purpose in critical moments of despair:

“how could I possibly admit such an infirmity in the one sense which should have been more perfect in me than in others, a sense which I once possessed in highest perfection, a perfection such as few surely in my profession enjoy or have enjoyed (…) only Art it was that withheld me, ah it seemed impossible to leave the world until I had produced all that I felt called upon me to produce, and so I endured this wretched existence… Patience it is that I must now choose for my guide.”

In addition to his deafness, Beethoven suffered from many other illnesses which caused him great pain. It was only a few years ago that his symptoms were identified with early lead poisoning, which was a common element of wine and food utensils at the time. His work becomes even more admirable if we are aware of this facet of his life.

In conclusion, in a figure that could seem so alien to us given the time in which he lived and his profile, we can pinpoint three important lessons that are relevant to our lives today: the definition of a life purpose, the constant desire to innovate by building on the lessons of the past, and the ability to be energetic in the face of adversity by seeing difficulties in a positive light. Although we may not have Beethoven’s genius, these lessons can help us become ingenious architects of our day-to-day lives. 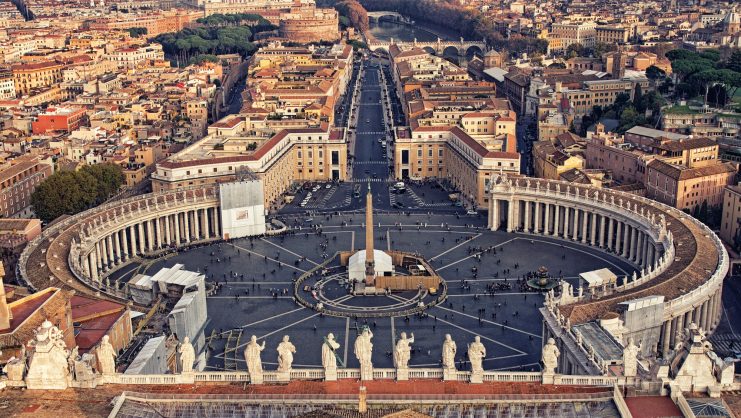 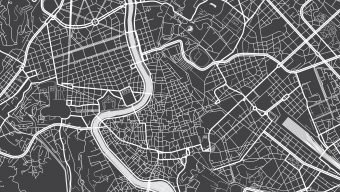 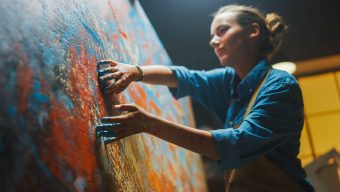 An Artistic Mindset Is Fundamental for Business Leaders