Read our authors’ takes on how the Biden administration can move the United States forward on a range of issues during its first 100 days in power. 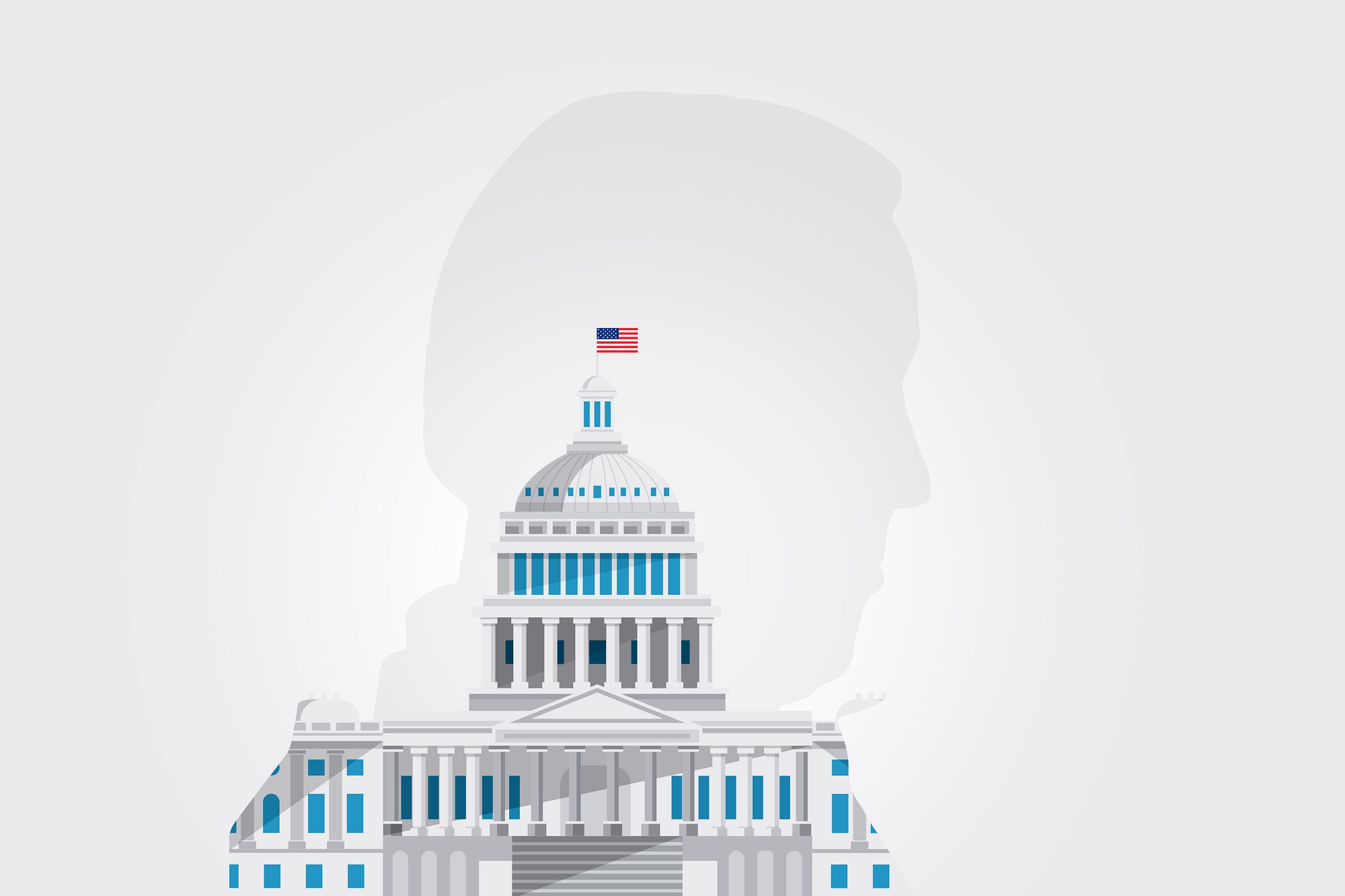 Joe Biden has inherited the presidency at a crucial point in American history. The country’s democracy is reeling from its most serious attack in modern times, and at the same time, its society is fighting an unprecedented pandemic. We asked our experts from a range of fields to analyze how the Biden administration can make progress during its first 100 days:

In what has now become a well-established ‘good cop-bad cop’ routine in US climate policy, Biden has issued a series of executive orders which have seemingly overturned Trump’s four years of non-climate strategy with the click of a mouse. Not surprisingly – with the more urgent COVID crisis killing 2% of those it infects and collapsing what there is left of the “old economy” globally – the impact of these decisions has been intensely underwhelming. For the few that still care about the climate crisis, there are equal reasons for concern and hope emanating from these anti-climactic events.

On one hand, it seems clear that nobody in the international community, with the possible exception of an overacted Macron, really believes anymore in the Paris Agreement other than as a grand, vacuous, symbolic gesture. The nebulous general impression is that, of course, a mainstream, responsible member of the international community must be in the agreement, especially because it was so blandly designed by Obama and Xi Jinping around the concept of intended nationally determined contributions that the marginal cost of being in it or not is damn close to zero.

But on the other hand, climate activists also have reasons to be hopeful. The COVID crisis has laid bare the meaningless core of our fossilized fuel-driven lifestyles. The daily routines of these lifestyles are rapidly changing right before our eyes with the old addiction to hyperactive, restless movement being replaced with a new, strange, addiction to all things statically virtual. Therein lies the hope for our exhausted atmosphere and the future challenge for the freedoms of our sons and daughters.

Joe Biden inherits the twin challenges of uniting a deeply polarized country and delivering on ambitious policy goals supported by the progressive coalition that elected him. In the wake of the Capitol insurrection, pundits and politicians in both parties are calling for greater unity and a “lowering of the temperature” in public debate (House Republican Leader Kevin McCarthy). Biden is well-positioned to promote unity: he had a decades-long record of bipartisanship in the Senate and ran on arguably the most centrist policy platform in last year’s Democratic primary. Of course, bipartisanship requires cooperation from both sides, and if the Obama years are any guide, Republicans will quickly unite to oppose the more ambitious aspects of Biden’s agenda.

Moreover, the two parties are increasingly polarized not just on matters of policy, but on questions of fact. Many Republicans continue to make unfounded claims about large-scale fraud in the 2020 election. Many do not believe in anthropogenic climate change and assert that tax cuts for top earners pay for themselves. On these issues, the gap between the two parties is far too great to enable bipartisan cooperation. Biden will need to rely on his slim Democratic majorities in Congress to make progress on these issues. At the same time, Biden will attempt to restore confidence in the institutions Donald Trump consistently attacked: the press, independent judiciary, law enforcement, and scientists and other experts. Ultimately, the success of these efforts will depend in large part on how Republicans choose to behave after Trump leaves office.

The first 100 days of the Biden Administration will most likely change the “tone” of the relationship between the US and Latin America, as indirectly reflected, for example, by the return to a bilingual web page of the White House. This will be good news for the region, but the priorities and the main policies will change little. Mexico, mainly because of trade and migration policies, along with Cuba, Nicaragua, and Venezuela because of their political regimes, will continue to be the countries that will receive the most attention.

Having received the support of the majority of the US Hispanic population it is almost certain that the Biden administration will be more open to legalizing some of the immigrant population already in the United States, but they will have to continue to control the flow of new immigrants from the region. In relation to Cuba, we may witness a movement away from the more confrontational approach towards a more dialogue-based relationship, and there will continue to be a tense relationship with both Nicaragua and Venezuela, with possibly only minor changes in this policy. In the medium term, it is likely that the United States will view the region as an important ally in the defense of democracy, and may also attempt to counterbalance the increasing influence China is having there.

During the administration of former President Donald Trump, relations between the United States and Latin America deteriorated significantly, and the region was not a priority on the US administration’s agenda. Joe Biden knows Latin America very well, in fact, when he was vice president, he visited the region on 16 occasions. During his first 100 days as president, the main issues that the new administration will address are: supporting countries heavily affected by the pandemic, immigration, especially in Mexico and Central America, China’s growing presence in the region, and dealing with non-democratic governments such as Venezuela and Nicaragua.

COVID-19 has produced an unprecedented crisis in Latin America, resulting in increases in poverty and unemployment which threaten to produce political and social unrest in the region. This has been leveraged by China increasing its presence in Latin America through investments and health diplomacy. To recover the lost space in the region, Joe Biden must support countries to help them emerge from the crisis, while countering China’s growing presence. Immigration policy, especially in the case of Mexico, will be overhauled, and work on both sides of the border will be prioritized. Finally, the new US administration will have to change its foreign policy to deal with countries like Venezuela and Nicaragua, where democracy has weakened significantly.

Biden is a very refreshing voice, he tells you the truth. This is a tough time and he gives you hope that things will get better eventually and he tells you what to do in the meantime, which is everything you can to protect yourself and your family.

Does he go far enough in my mind? No. But could he go further and not get a violent reaction in the country? That’s a political decision. I’m no politician, I’m a scientist. A good politician has talents to speak to people in a way that they can understand it and absorb it, and act upon it. There are limits to what you can do in a diverse population like the United States.

What I would like to see them do, and as we are recommending in the COVID commission, is reorganize our public health service, and reorganize and integrate our disease intelligence. I would also like to see major research programs to provide stockpiles of drugs for whole classes of viruses, so no matter what variant appears we’ll have a drug, while we then rush to make a vaccine. 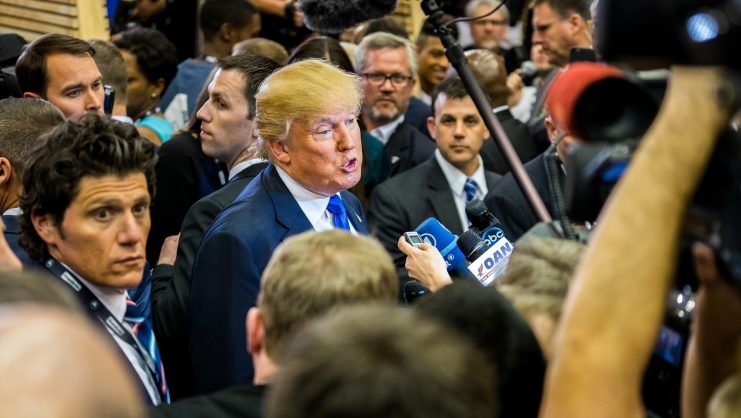 After four years of almost constant controversy and dizzying headlines, Professor Alana Moceri analyzes the effect Donald Tump’s election defeat will have on the US media landscape. 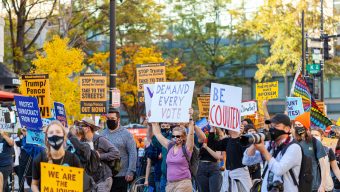 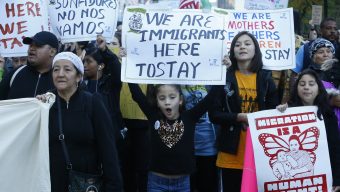