With the US competition authorities taking on Big Tech, Professor Patricia Pérez Fernández takes a look at the case against Facebook’s domination of social networks. 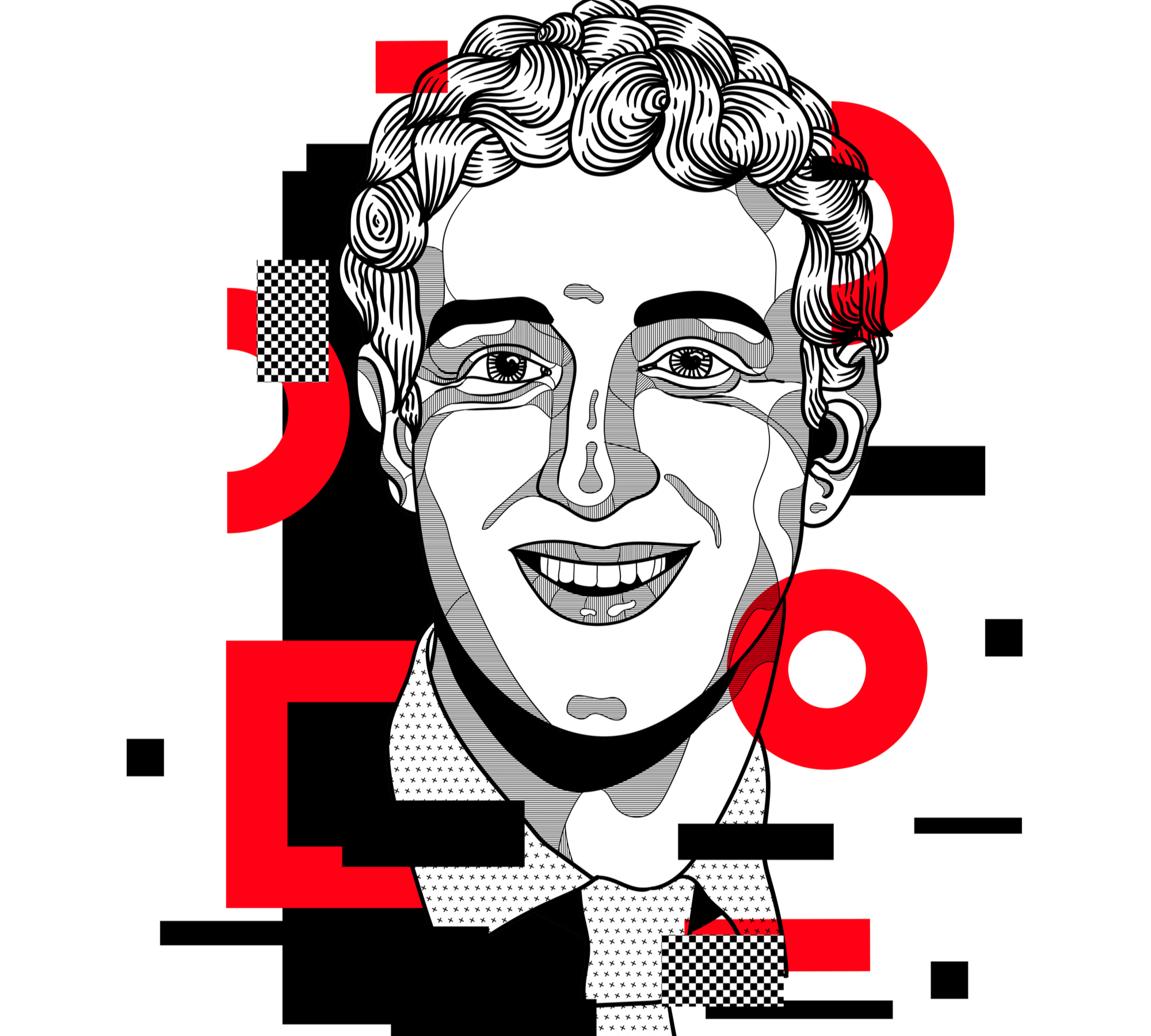 On December 9, 2020, the Federal Trade Commission sued Facebook, together with 48 Attorneys General. This complaint, filed with the US District Court for the District of Columbia, follows the lawsuit filed against Google in October 2020 by the Antitrust Division of the Department of Justice. Consequently, both of the American federal competition authorities are currently involved in legal battles with two of the Big Tech firms.

At its core, the complaint against Facebook focuses on the company’s alleged strategy of acquiring potential rivals and anticompetitive conditions imposed on software developers in order to mitigate competition. The conclusion, therefore, is that Facebook’s strategy causes actual harm to both consumers (by depriving them of alternative personal social networks) and advertisers (through the loss of competing opportunities.)

The FTC’s complaint begins by describing Facebook’s domination of the personal social networking market – not through traditional competition but by acquiring two potential competitors: Instagram (purchased in 2012) and WhatsApp (purchased in 2014). The social networking market has particularly high barriers to entry because of the importance of network effects: a network becomes more attractive as more of our friends and family join it. This is well-understood by Facebook, and the company’s internal documents make clear that entering the market is very challenging, even for those entrants with attractive products.

Nevertheless, there are still moments of technological or social transition in which other companies can pose a threat to the likes of Facebook. During such periods, the FTC explains, an upcoming competitor could gain market power despite the dominant player’s network effects. So, when Instagram and then WhatsApp proved to be in the sweet spot of attractive product plus transition period, Facebook identified them as a threat and, according to the FTC, purchased the companies and then restricted third-party apps’ access to Facebook. What seemed particularly damning in the FTC’s report, at least in the eyes of the media, was the inclusion of a 2008 email from Mark Zuckerberg in which he stated that “it is better to buy than compete.” The email pre-dates the purchases of both Instagram and WhatsApp, making the moves seem like anticompetitive strategy.

The FTC describes competition as occurring with respect to how the network operates, for example: user experience, functionality, and privacy protection options. Facebook’s business model focuses on advertising based on the users’ personal data that is collected by the company. In 2019 Facebook generated nearly 70 billion dollars from charging advertisers for access to Facebook and Instagram. Social advertising, as defined by the FTC, is a type of display advertising (images, text, videos) that appears when people visit or use websites or apps after logging in to the network via their user credentials (as opposed to non-social display advertising.) This enables advertisers to target individuals based on personalized data, for example their network connections, activities, interests, and hobbies. Facebook is uniquely positioned to target users in this way thanks to its scale, user engagement, and tracking algorithms. The company admits earning substantially “all of its revenues from selling advertising placements to marketers.”

The US is clearly determined to fight against Big Tech in ways that will have a wide impact if accepted by the courts.

Facebook’s market is different from other specialized social networks, for example LinkedIn, and other online services that rely primarily on passive consumption and posting of media content by and to unknown users, such as YouTube, Spotify, and Netflix, not to mention mobile messaging services, which neither feature a shared social space for users to interact nor rely on supporting users to connect amongst each other. The FTC states that Facebook has held a dominant position in the provision of personal social networking in the US since 2011, with a market share of more than 60%. This share is especially high thanks to the barriers to entry, including the aforementioned network effects.

According to the FTC, Facebook has been enforcing anticompetitive conditions on access to its platform interconnections (such as the application of programming interfaces that are available to third-party software applications) and refers to internal Facebook documents (mainly executives’ emails, including from Mark Zuckerberg: “Instagram has become a large and viable competitor to us on mobile photos”; “We still are getting our ass kicked by Instagram”; “[WhatsApp] is the biggest threat to our product that I’ve seen in my 5 years here at Facebook…”). Some documents have referred to these acquisitions as “killer acquisitions” but this term is not entirely accurate. The targets are acquired in order to be eliminated as competitors, but they continue to operate in the market as part of the dominant company and therefore not only stop posing a threat to the dominant company but also make it more difficult for other companies to enter the market.

Finally, regarding Facebook’s interoperability restrictions, the Commission argues that, specifically, the Find Friends interface has been very valuable for third-party apps because it enables users to find their Facebook friends who are also users of the third-party apps and to invite those who are not. The FTC argues that, between 2011 and 2018, Facebook only granted access to application programming interfaces if third party apps did not compete with Facebook and did not promote Facebook competitors, thus deterring the emergence of other companies and products and helping Facebook maintain its dominant position.

The FTC is pursuing a permanent injunction from the District Court of Columbia, through the divestment of assets such as Instagram and WhatsApp and is also looking for a ban on the alleged anticompetitive conditions on software developers and for future Facebook acquisitions to be notified and cleared by the FTC before implementation in the US.

The US is clearly determined to fight against Big Tech in ways that will have a wide impact if accepted by the courts. The key question is whether Facebook will be required to divest its acquisitions of Instagram and WhatsApp, which would set a new precedent on the other side of the Atlantic, especially after the FTC previously approved the Instagram acquisition. It’s also important to consider that if a merger does not meet certain thresholds normally based on turnover criteria (which is often the case with start-ups), competition authorities may not get to investigate Facebook’s acquisitions under the current legal regime.

Europe is likewise undergoing similar developments. The European Commission has included the possibility of adopting structural remedies in Article 16.1 of the Proposal for a Digital Markets Act, alongside a proposal for ex ante regulation of platforms which are considered as gatekeepers. Moreover, Germany approved earlier this month the 10th amendment of its Competition Act (Gesetz gegen Wettbewerbsbeschränkungen) which includes in Section 19(a) number 2 the possibility of prohibiting certain types of conduct for companies with “paramount cross-market significance” (which is to be declared by the German Bundeskartellamt), clearly aimed to target a certain number of gatekeepers in digital markets. The Bundeskartellamt is already making use of that tool in a new abuse proceeding against Facebook based on the link between the Facebook network and Oculus.

Big Tech companies are under more scrutiny than ever. It will be fascinating to see how these firms respond and digital markets react – the debate will surely play out in the courts and in our online social networks for months and years to come. 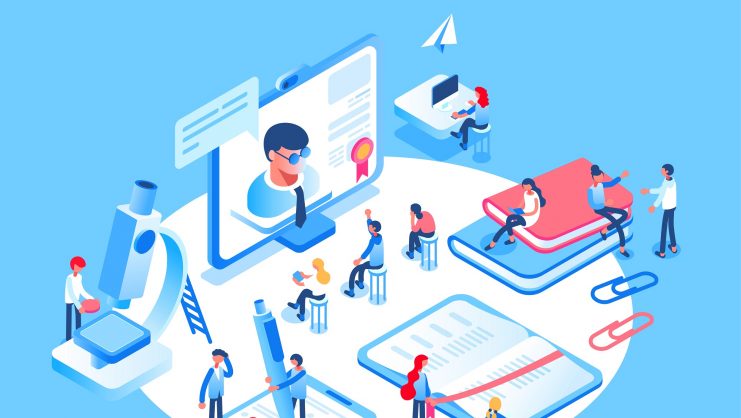