Companies from banks to Big Techs are using carbon offsetting in the Amazon rainforest to meet sustainability objectives. Igor Galo details how these projects work and the opportunities they provide, while analyzing if they are achieving their goals. 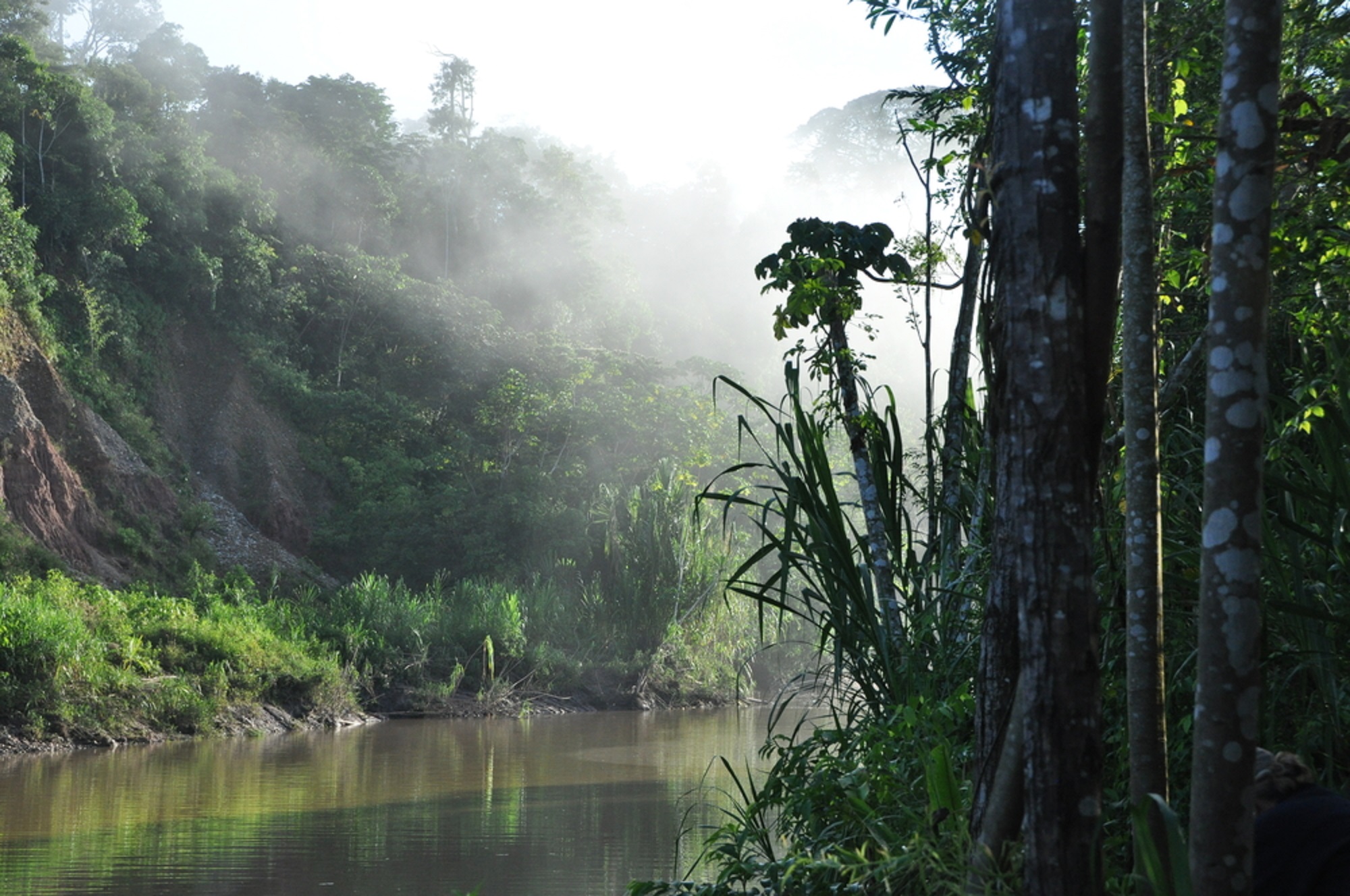 “All the CO2 generated by this ride will be offset by Cabify through its protection of trees in the Amazon.” This is the message sent to users of the Spanish startup, which also operates in Latin America, after they book a journey with its ridesharing service. In its price breakdown, the company points out that it applies a 4% service, safety, and sustainability fee, which is partly earmarked to environmental initiatives.

This is how the cab company ensures that its services “do not increase” the CO2 present in the atmosphere even though its business model is based on burning gasoline and diesel (until its entire worldwide fleet of cars becomes electric). It finds a way to absorb the CO2 produced by its operations by protecting an expanse of forest in the Amazon.

Cabify’s competitor, Uber, has started a similar initiative, Uber Planet, in markets such as Peru, Mexico, Ecuador, Colombia, and Costa Rica. Uber passengers pay a few cents more per kilometer and the money goes to forest protection projects in Puebla, Mexico and the construction of a hydroelectric plant in Cajamarca, Peru that produces electricity without generating greenhouse gases (thus avoiding the use of coal or diesel.)

These companies portray themselves as being carbon neutral and sustainable by obtaining decarbonization certificates. In fact, there are many corporations around the world with similar initiatives that create CO2 sinks in Latin America. This is also occurring in Africa and to some extent in Asia, particularly in Indonesia. In China, the model is a bit different, with the government promoting reforestation through official channels, which led to seven million hectares of trees planted in China in 2018 alone.

It is in Latin America, though, where such initiatives show particular potential. For example, the Spanish energy and petrochemical company Repsol is involved in a project to protect the Madre de Dios rainforest; BBVA has obtained carbon offset certificates by protecting forests in Tabasco, Nayarit, and Chiapas in Mexico; and Nike is focused on the forests in Brazil, among others.

The Big Techs also use Latin America as a destination for their carbon offset initiatives, for example Amazon’s agroforestry and restoration initiative in Brazil and Apple’s focus on restoring mangroves in Colombia, an ecosystem that absorbs more CO2 than any other. The iPhone manufacturer does this through Conservation International, a non-profit organization that provides solutions for companies to offset their emissions through projects in Bolivia and Peru. It is just one of the many fourth-sector organizations that run projects of this type. 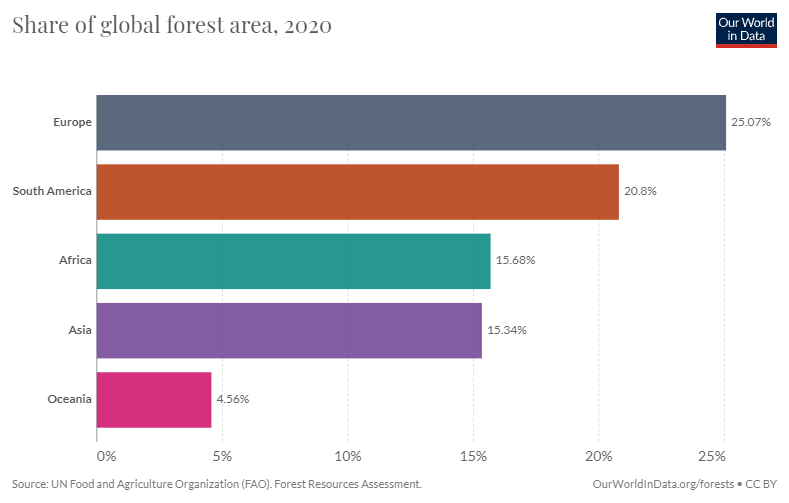 This is how it works. In its business operations, a company emits CO2 or other greenhouse gases (GHGs) such as methane and nitrous oxide. To offset these emissions, they hire specialized companies to first measure their CO2 footprint and then propose ways to reduce emissions (undoubtedly the best option) as well as GHG mitigation projects, such as reforestation and the maintenance of already existing forests.

This system does more than help trees do their natural job of absorbing carbon dioxide and converting gas into oxygen via photosynthesis. It also creates new companies, jobs, and local wealth for the region. In this way, Latin America – 47% of which is rainforest (though this figure has gone down in the last 30 years from 53%) – one of the world’s largest forest areas, has become home to a new type of climate-friendly economy. For example, there is CarbonSink in Argentina, Planeta Carbono Neutral in Mexico and Carboneutral in Chile. There are also companies outside of Latin America, such as Spain’s Climatetrade and Ceroco2, which provide services to offset CO2 through projects in the region.

Latin America emits 5% of the planet’s CO2 emissions, according to the United Nations Environment Program (UNEP), but is home to more than 20% of the world’s forests and to the largest amount of primeval forests on earth. Thus, to a certain extent, the region is cleaning up the rest of the world’s CO2. Forests and oceans remove between 9.5 and 11 gigatons of the planet’s CO2 per year, according to scientific estimates, while annual global CO2 emissions reached 38 gigatons in 2019.

In other words, at present, the planet can only absorb a quarter of the CO2 annually produced by humanity. And the worst thing is that deforestation and fires are reducing the planet’s capacity to absorb this gas and are driving up temperatures in a vicious circle that is hastening climate change. According to the FAO, the planet has lost 178 million hectares of forests since 1990, most of them in South America and Central America. The most worrying case is that of Brazil, where Amazon forest losses have increased dramatically since President Jair Bolsonaro came into power.

It is more than plausible that for many companies, the action of obtaining carbon neutral certificates for protecting forests is some combination of marketing, greenwashing, and a genuine desire to create a sustainable planet. It is also fair to say that there are probably (almost certainly) irregular practices in this “green market,” given that considerable regulation is still needed to certify that the projects are truly beneficial, that they do in fact help reduce CO2 in the atmosphere. The auditing and certification of carbon-offset projects is conducted by companies such as Gold Standard and Ver+, and this is the right path, but there is still a long way to go. Who guarantees, for example, that by protecting a forest in one location, deforestation will not then pick up or continue in another area of the planet?

It is also important to keep in mind, especially as more and more companies offer consumers the opportunity to offset CO2, that offsetting is not the definitive solution for reducing CO2 to levels acceptable for the planet. We must, instead, work to reduce CO2 emissions (rather than offsetting them) by replacing fossil fuels with renewables, investing in solar energy, wind power, and green hydrogen, and rethinking industrial and agricultural processes.

That said, if these offsetting projects can be strictly implemented based on scientific criteria, they could have a huge impact on the preservation of the region’s biodiversity and the survival of its indigenous populations, in addition to mitigating CO2 and climate change, among other aspects. Not to mention the creation of sources of sustainable economic growth in disadvantaged countries and regions, which would help combat another phenomenon that is increasingly linked to climate change, namely, the rise in population migration. 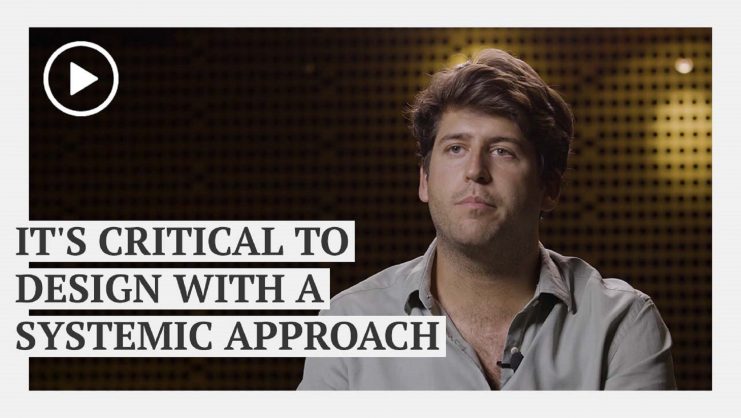 The United Nations has recognized the need for technology to help us achieve the Sustainable Development Goals (SGDs). Nacho Rivera, CEO at The Overview Effect, explains how data and technology can be used for positive, transparent impact. 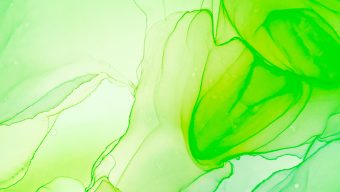 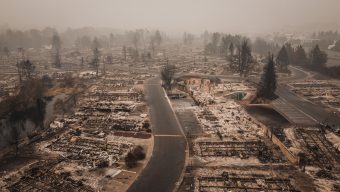 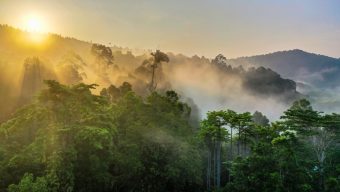