With the arrival of the Chinese Year of the Ox, Félix Valdivieso takes a look at the history of the Chinese zodiac and offers insight into what the ancient horoscope suggests the next 12 months have in store. 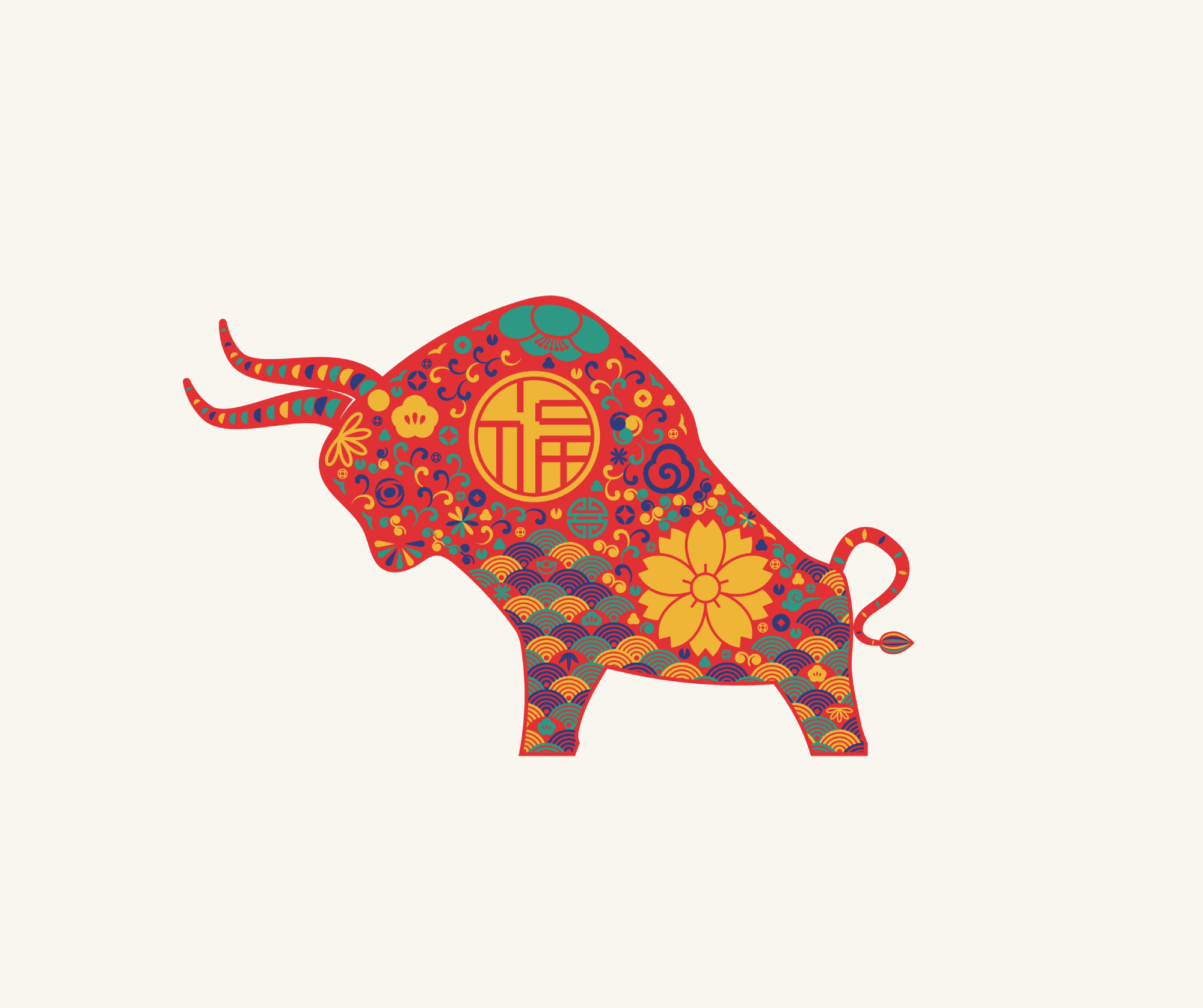 All great civilizations, including China, have based their progress on observation and philosophical thought. The realization that even with the vastness of the universe, humankind might very well be singular (within a reasonable distance) likely led to the assumption that life is governed by the same laws that rule the planets and stars of the firmament. Omens arose from the coincidences that sprung up between these laws and observations made regarding the celestial dome and earthly phenomena, and this is what embarked the Egyptians, Greeks, Hindus, and Chinese civilizations on the long process we now call scientification. In looking to the heavens, these civilizations each first created astrology and then eventually astronomy, the founding member of the natural sciences.

This same evolution occurred with the rationalization of myth. As facts and data accumulated to disprove those fabulous stories of the gods and goddesses that societies had employed to explain the birth of the world, the sunsets, and the flat horizon of the seas, the transition from mythical thinking to rational thinking began.

Yet, the allure holds and we remain fascinated by the great myths of the East and West. We still make references to the Greek god Zeus, for example, or to the Chinese Pangu (盤古), whose birth from a cosmic egg created the Earth. The award-winning poet Kit Fan described this creation story in “Genesis” (As Slow As Possible):

In the beginning there was

2 And the sky and the land were

3 And Panggu lived in the egg.

4 And in darkness he lived, for

5 And slowly the sky and the land

6 And the place that was clouded

7 And the place that was cloudless

The art of predicting the future

The zodiac and the interpretation of astrological charts only became popular in China after the arrival of Buddhism and the individual enlightenment that came with it – and how this mixes with Confucianism’s focus on the emperor and the population as a whole is what distinguishes Chinese astrology from its peers.

Throughout Chinese history, there has been an imperial monopoly on calendars. However, it’s important to remember that the prevailing belief in China was that the stars bestowed divine knowledge, which the earth lacked. In this scenario, portents – otherwise known as “irregularities of nature” – held great power and also political consequences. As Endymion Wilkinson, a former EU ambassador to China and a noted sinologist, explains in his manual Chinese History (Harvard University, Asia Center, 2015, p. 492) portents were interpreted to indicate whether or not a ruler was in line with heaven and thus the imperial control of the issuance of calendars.

It is easy to think that portent astrology is nothing more than superstition, that it is a pre-stage to logical thinking. But this is not entirely true. It should be noted that many ancient civilizations observed that the moon affects the tides, even when they did not understand the laws of gravity – not what brings us down when we jump nor the pull of the moon. Yet, the effects of these laws were known to the ancients of East and West, just not proven and fully understood until Isaac Newton, and later Albert Einstein.

Of course, the reason that the impact of gravity was noted is because it smoothed the rigor of life: optimal navigation was achieved by observing the tides, harvests were planned around weather regularities, and even knowing the best time of year to marry was a matter of ease for the celebration. This is all to say that even when an action or custom seems to be mere superstition, it can be grounded in experience and practicality.

China fell in line with the rest of the world’s adoption of the Gregorian calendar when the Republic’s President Sun Yat-sen established it in 1912, although it did not take hold until the unification of China some 17 years later. The calendar owes its name to Pope Gregory XIII, who introduced it in 1582, replacing the Julian calendar (Julius Caesar in BCE 46), which supplanted the Egyptian calendar.

The traditional Chinese calendar, known as the farming calendar (农历; Nónglì) is still maintained today, but only to mark certain holidays such as the Chinese New Year. This holiday is celebrated not only in China but in many Southeast Asian countries, as well as in Europe and North America. And although much time has passed since the marking of portents, the traditional Chinese calendar remains a political instrument.

The Year of the Ox

According to Chinese astrology, our destiny is directly related to the position of the planets at the time of our birth. While some legends put the creation of the Chinese zodiac at 5000 BC, it officially came about during the Han Dynasty, still an impressive 2000 years ago, when astrologers observed the orbit of Jupiter around the sun and divided its path into 12 one-year sections. Each year was named after an animal: rat, ox, tiger, rabbit, dragon, snake, horse, sheep, monkey, rooster, dog, and pig. Once these twelve years have passed, the zodiac cycle and Jupiter’s orbit around the sun start anew and match up with the Chinese Lunar calendar.

Many see great differences between the Chinese zodiac and the one used in the West – which it’s worthwhile to note also has its origins a good 3,000 years ago during the time of the Babylonians. There is much insistence that the Western zodiac is based on the constellations and the position of the sun, rather than on the orbit of Jupiter. Yet, the Greeks paid attention to months, not years, as the Chinese do, and also used a similar designation (ζῳδιακός κύκλος: cycle of animals.) In any case, these are all nuances rather than differences.

The ox is an honest, serious, and hardworking animal. Therefore, a laborious year awaits us, one that might prove difficult for shirkers.

We now find ourselves in the year of the ox, having finally completed a very difficult year of the rat. The rat is the first animal of the 12-year cycle and the ox is second. Legend has it that the Jade Emperor invited all the animals to an opulent banquet and established a rigorous régle d’étiquette. The first to arrive to the banquet would be the first of the zodiac, and the others would likewise fall in the zodiac order according to their arrival. The rat, ever astute, asked the ox for a ride to the banquet and, just as they reached their destination, jumped down and scampered past him.

Like any self-respecting horoscope, China’s provides a series of guidelines that exert influence on our personal lives and earthly events. The recommendations for this year (February 12. 2021 – January 31, 2022) are based on the behavior of the ox. Thus, it is good to know the following:

First. In Chinese popular culture, the ox is considered a positive animal because it has always helped with the crops instead of stealing them (as the rat did.) In principle, this is an optimistic omen.

Second. The ox is an honest, serious, and hardworking animal. Therefore, a laborious year awaits us, one that might prove difficult for shirkers.

Third. Those who are born in the year of the ox, are known to be stubborn, much like the animal, and will move slowly, but lethally, to achieve their goals.

Fourth. Known as ben ming nian (本命年), one’s own animal year is never a good one. Furthermore, during that unlucky year, one’s normally lucky numbers do just the opposite. So, if you happen to be born in a year of the ox, best keep your head down and avoid the numbers one and four.

Fifth. They don’t say “healthy as an ox” for nothing. The animal roams free in the fields and pulls hard on the plow. Those who follow the Chinese zodiac hope that this is a good sign for our battle against the current pandemic.

The Chinese Zodiac and its twelve corresponding animals are based on legend and parables that are tied to the heavens. But the heavens, we have come to find, are made up of much more than stars and though they are far, they reach us. Since its inception – whenever exactly that was – the zodiac has served to help society make sense of both the physical and the ethereal. For many, it still serves a purpose. Even in our modern era of globalization and technological advancement, the Chinese zodiac continues to guide its believers – whether they be casual or fervent – through this life, year by year.  At present, we are in the year of the ox. It is up to you to decide if you believe and what that means.

How Tourism Becomes a Nation 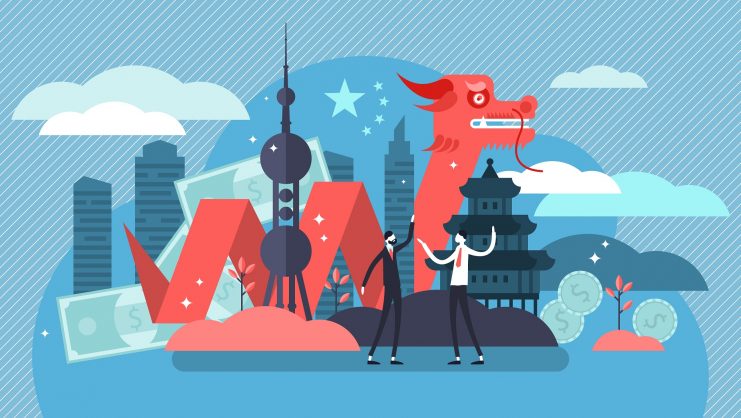 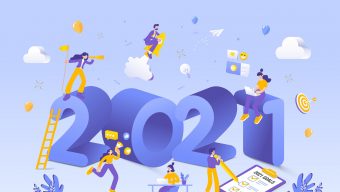 Expert Roundup: What’s ahead for 2021 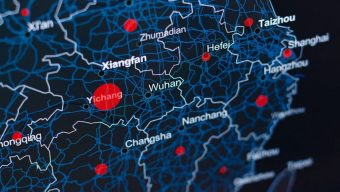