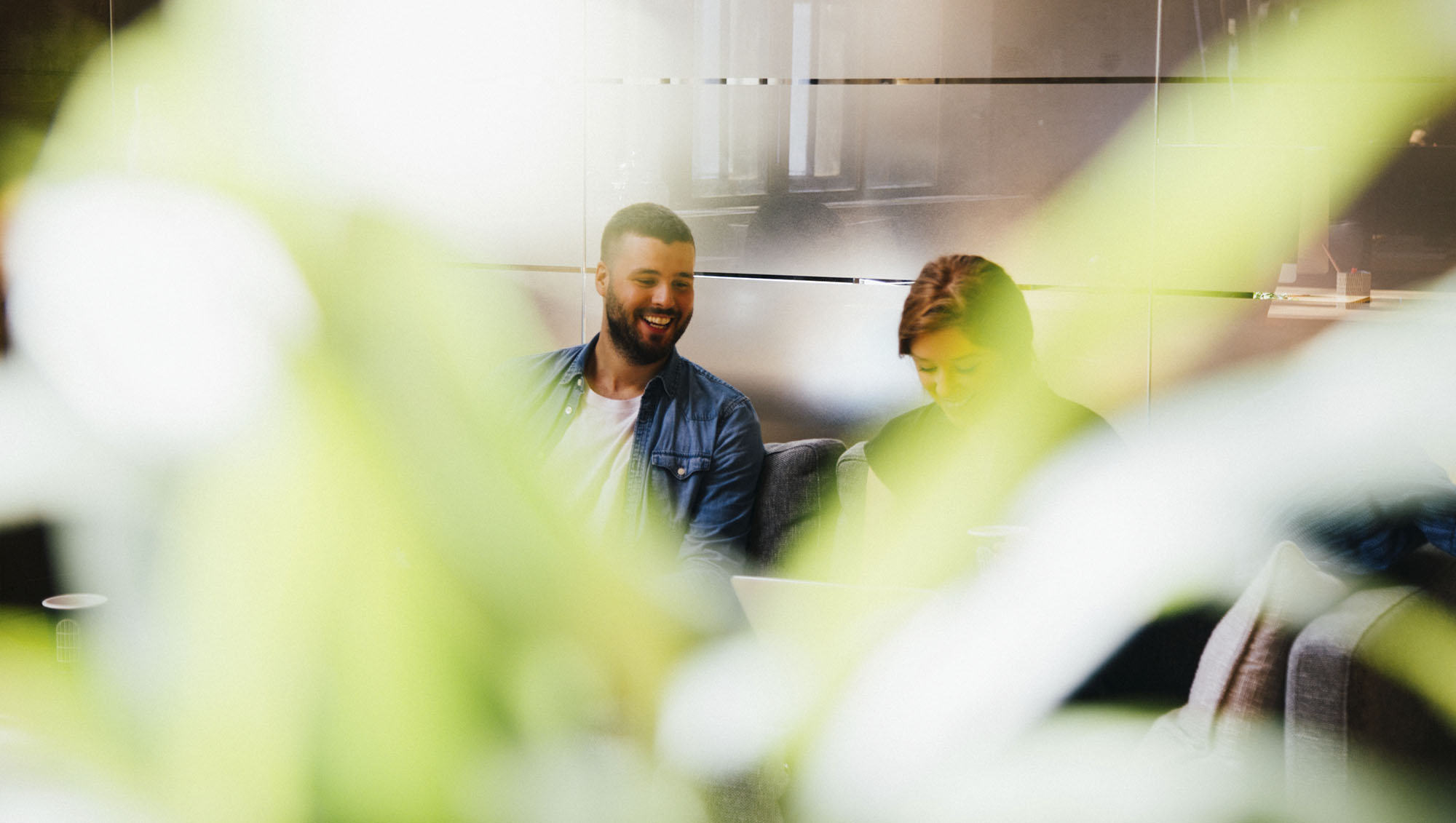 The pursuit of well-being is a key issue for organizations as well as individuals. Research has shown that employee well-being has a business impact: happy workers are more productive, more engaged, and more committed to the company’s future prosperity. However, in most organizations, the financial benefits of well-being programs are a matter of debate. In the age of intelligent machines, thriving workplaces will be defined by their greater humanity, and a more strategic view of well-being will help create the positive cultures and environments for this to happen.

In the fourth industrial revolution, we believe well-being to be a key strategic concern. A key finding for our pursuit of business impact through well-being is the fact that though relatively high levels of happiness and job satisfaction are present, according to the ‘World Happiness Report’, engagement at work is still low.

Creating positive environments that allow people to work together towards a purpose has significant impact. As well as driving engagement, such purpose-driven environments will aid the talent strategy of the enterprise. Roberto di Bernardini, Chief HR Officer at Santander, said, “We are no longer competing against Citi or Lloyds but also Facebook, Google, and the fintech startup in someone’s backyard. We need to convince people that while working with us of course involves making money, there is a responsible and sustainable purpose at the core of everything we do.”

Researchers at the Ross School of Business have looked at the factors that support sustainable high performance. They focus on the term “thriving” to describe employees who are not just satisfied and productive but also engaged in creating the future. They see thriving as present when people believe what they are doing makes a difference and that they are learning. Thriving employees are highly energized and know how to avoid burnout. They found people who fit their description of thriving as having 16% better overall performance (as reported by their managers) and 125% less burnout (self-reported) than their peers. They were 32% more committed to the organization and 46% more satisfied with their jobs. They also missed much less work and reported significantly fewer doctor visits, which meant healthcare savings and less lost time for the company.

Well-being has a formal presence in most large companies today, yet it exists at a relatively junior level of the organization and is focused on the reduction of risks, including absenteeism and sickness. Many programs take a clinical-based approach rooted in the insurance industry. Absence is often reduced, yet the dangers of presenteeism—long hours and low productivity, or people returning to work before they are ready, affecting other members of the workforce negatively through sickness or emotions—are increasingly recognized.

Well-being has a formal presence in most large companies today, yet it exists at a relatively junior level of the organization.

The financial benefits of well-being programs are a matter of debate. The Rand Corporation found that although four-fifths of all US employers with more than 1,000 employees are estimated to offer such programs, there are no cost-savings associated with the management of high-risk employees (those who smoke or are overweight). It contrasts its findings with those of Johnson & Johnson, one of the longest-running programs in the US, which finds that return on investment ranges from $1.88 to $3.92 saved for every dollar spent, believing its own methodology to be more accurate. It also found participation in programs to be low, in the range of 20%-40% of the workforce.

Are formal well-being programs required? In most cases, yes. Yet there is another way of perceiving the opportunities of well-being, in the ways that it can improve executive performance—through the increased energy, creativity, resilience, and leadership it undoubtedly generates. If a more progressive definition of health exists beyond merely the absence of sickness, why does health and well-being management in the enterprise still suffer from a similarly negative approach? One answer could be that the narrow, risk-focused view of well-being at work is easier to measure. Some of the business leaders we have engaged with believe this to be part of the company journey—gaining the foothold of demonstrating impact on such measures before affecting the leadership culture.

Our own experience goes beyond the narrow confines of a risk-focused well-being program towards leadership development, which in turn affects organizational culture. The discrete behaviors of leaders influence the behaviors of the people they lead—indirectly through the example they show or directly through their people management—allowing a well-being culture to emerge that mirrors the thriving environment noted by the Ross School of Business. This also aligns with some of the recent work in organizational culture by PricewaterhouseCoopers, which advises that tackling the “critical few behaviors” is a more feasible approach than trying to change culture directly.

The behaviors we demonstrate as leaders should set the right example for the rest of the organization.

Leaders can build a positive culture by adhering to the principles of total intelligence, which considers our whole selves, including physical intelligence, traditionally outside any business concerns. Yet physical activity has been shown to support different business outcomes. Meetings are a major feature of business and changing the dynamic of meetings, from sitting to standing or even walking, can have a variety of positive business impacts. The business case is supported by our human biology. Movement creates energy in the oxygen-rich blood that is transported through the body and brain, activating neurons and releasing hormones conducive to better cognitive performance.

The behaviors we demonstrate as leaders should set the right example for the rest of the organization. Simple things like getting away from your desk for more direct communication and the accidental encounters that drive innovation can help create a thriving organizational culture based on well-being. Though spending time on dedicated physical exercise is often viewed as a luxury, it helps create the energy required for a demanding job, reduces stress, and improves self-efficacy—benefits that can be transferred to other areas of life.

In the age of intelligent machines, thriving workplaces will be defined by their greater humanity, and a more strategic view of well-being will help create the positive cultures and environments for this to happen.

Elevating Well-being as a Strategic Concern

Rest: A Key Factor in the Development of Top Professionals 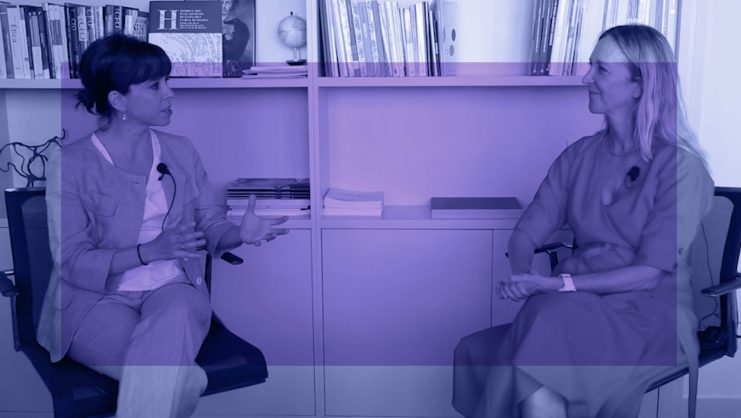 The Three Pillars of the New Customer Centricity

In the light of the latest research being monitored and analyzed by the IE Center for Consumer Driven Growth, customer-centered marketing strategies need to be reviewed to incorporate new challenges. In this video, Laura Illia talks to Tecla Keller about the three marketing pillars on which organizations should be working. 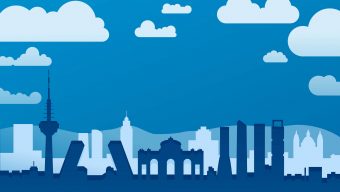 We strongly believe that we shouldn’t just focus on the social contract, we should provide the right tools to improve the social contract.
Ignacio Corlazzoli
Representative of the Inter-American Development Bank for Europe and Israel, speaking at Club de Madrid | IE 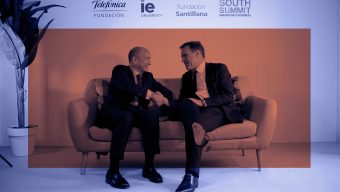 The Impact of New Technologies on Education Trust is a key pillar in human relationships and in human-technology relationships.
Nuria Oliver
IEEE and ACM Fellow and Member of the High-Level Expert Group on B2G Data Sharing at the European Commission, speaking at Club de Madrid | IE 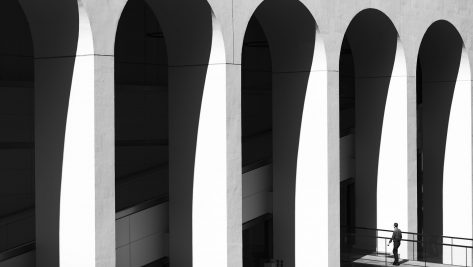 A New Perspective on the Auditing Sector 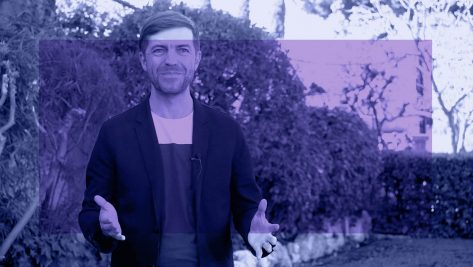 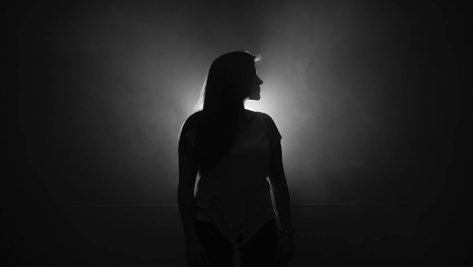