Professor Fernando Fernández argues that Spain’s budget for the upcoming year amounts to little more than a populist “story” designed to keep the current regime in power through overly optimistic forecasts and political economy rather than a true focus on recovery. 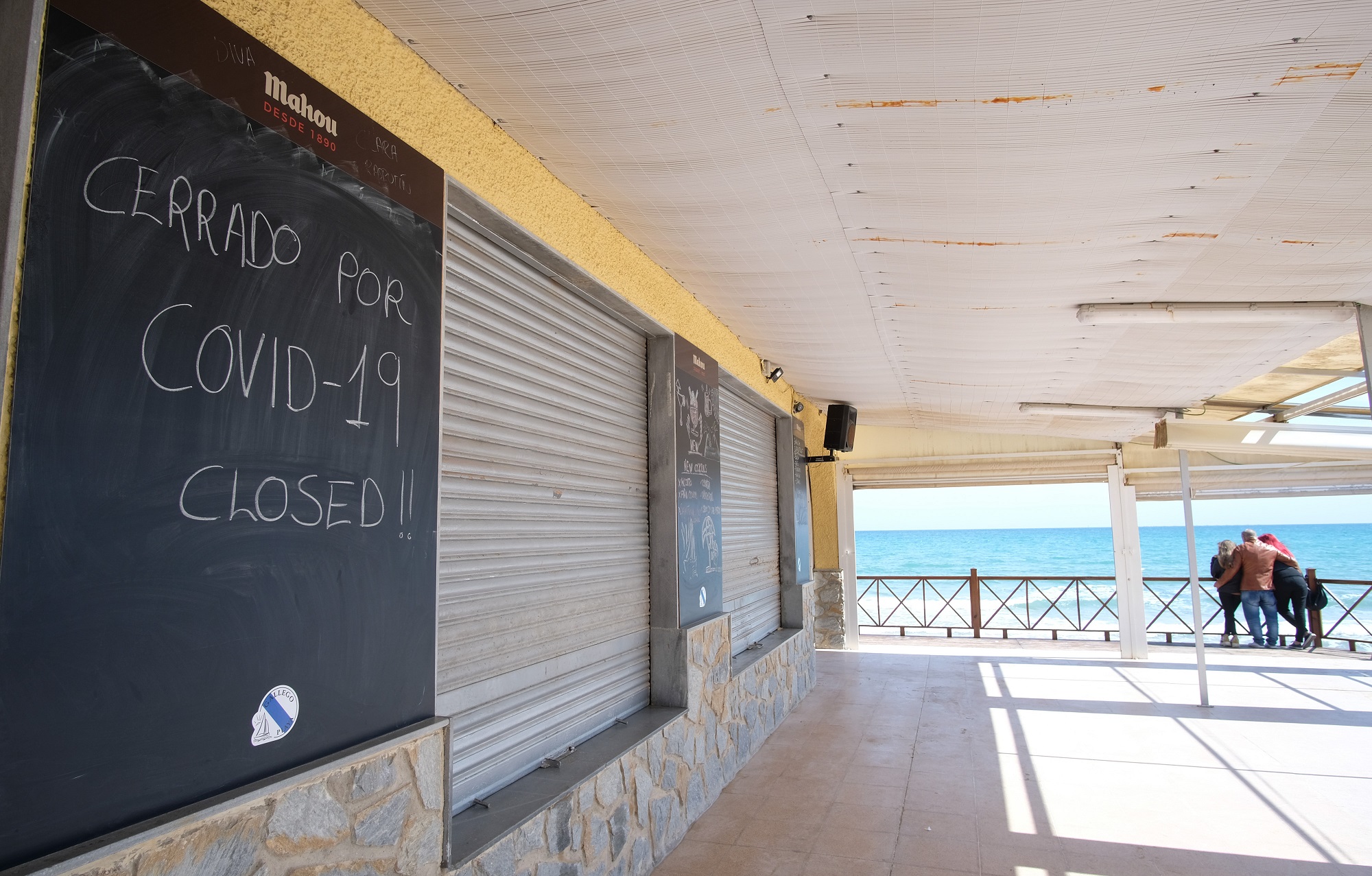 The General State Budget is traditionally regarded as the core tool of a government’s activities, the maximum expression of its economic policy with which to drive the economy and society in a specific direction. However, this is an outdated, almost reactionary interpretation. For the Spanish government’s political economy, the budget is nothing but a story, a lovable piece of fiction with which to boost its electorate. Responsible governments make economic policy; populist governments make political economy.

Economic policy is based on realistic forecasts of income and expenditure. It allocates resources to specific objectives and quantifies their effects. They are rough estimates and subject to error, the probability of which is higher in situations of maximum uncertainty such as the current climate, but they are substantiated, replicable, and endorsed by impartial observers. The calculations are based on reasonable, explicit, and credible assumptions. In contrast, political economy will never let facts, numbers, and historical and empirical evidence get in the way of a beautiful, moving story. Spain’s 2021 budget, like the recent laws on education and freedom of the press, is simply an instrument of power – specifically for keeping the current Sanchez government in power.

There are many recent examples of fake news, or populist political economy, in Spain. These include fiscal austerity to discredit the most successful economic adjustment after the crisis of the Euro, compounded in Spain by the Zapatero government’s policy of indiscriminate increases in structural expenditure, or the accusation of right-wing cuts in healthcare to conceal the sheer ineptitude of the current government to respond to the COVID-19 crisis with health and social policies that do not curtail basic rights or ruin the economy. For the record, the latter is not a value judgment but an empirical reality. According to data from the European Commission’s recently published Autumn Economic Forecast, Spain is the European country where GDP has fallen the most and citizen mobility has been most severely restricted.

Spain’s general budget for 2021 has outdone itself. The growth forecasts are questionable, bordering on the limit of reasonable optimism even for the many economists who still believe that it is the government’s responsibility to shape facts that will create positive expectations, given that citizens are essentially like insecure children. Yet it is the revenue and expenditure forecasts that overshoot the mark, even for these economists, because they are simply delusional. The official explanation is twofold, as befits the nature of the current government. The technocrats point out that this year’s deficit is irrelevant. Given that the European Union has put the application of fiscal rules on hold and the European Central Bank (ECB) has guaranteed the unlimited purchase of public debt, budgetary restrictions have disappeared and only a few “dépassé” economists, who are ideologically blinkered or incapable of grasping the new situation, are concerned about the petty issues of having sustainable public finances. The politicians remind us that it is now or never, that social change cannot wait, and that a progressive government cannot stop its rescue crusade because the numbers do or do not add up.

It would be great if the technical explanation were true because the political version simply amounts to a return to the pending revolution and the historical drama of the two Spains. But to think that public deficit and debt are and will be irrelevant is either ignorance, delusion, or extraordinarily dangerous pro-European optimism. Ignorance or delusion, because only by thinking that European funds are going to be used with unusual efficiency and effectiveness is it feasible to sustain that they are going to generate sufficient employment, growth, and tax resources to guarantee the sustainability of Spain’s public finances. Historical experience does not contemplate this leap into the world of fake news.

It is time to leave the world of dreams behind and wake up to the reality of numbers, and to economic policy.

Let’s go with irresponsible Europeanism then, because it is the only option left. Let the European taxpayer be the one to end up paying off Spanish debt. It will not be our children and grandchildren but the next generations of Germans. The Germans will end up paying for some of it, and other European countries will pay for other parts, either because it will be permanently buried on the ECB’s balance sheet, or because it will be mutualized into a European Resilience and Reconstruction Fund that will become permanent. Europe, led by the forces of progress and Chancellor Merkel convinced by the dialectic strength of the Spanish President and the righteousness of our arguments, will see its “Hamiltonian” moment and will make the debt of the Member States its own. The happy day is fast approaching when we will be able to forget about the risk premium, the evil spread, and the bank-sovereign doom loop, the historical preserve of reactionary economists.

However, it is time to leave the world of dreams behind and wake up to the reality of numbers, and to economic policy. The reality is that Spain is facing the COVID-19 crisis with the worst fiscal situation in Europe and the highest structural deficit in the Eurozone. Pedro Sanchez’s government has deliberately sought to increase this distortion in the midst of pre-pandemic expansion because “the time for adjustments is over.” The reality is that Spain has been hit hardest by this exogenous shock because the country specializes in the mobility of people, because it suffers from an overdependence on SMEs and micro enterprises too long protected and that has long been sustained by short-sighted paternalistic policies, and because its macroeconomic imbalances make it particularly vulnerable to the investment climate and the perception of its policies. Moreover, the current government has damaged Spain’s credibility and image by giving in to the radical demands of the parliamentary forces which put it into power, which it now wants to consolidate through the general budget. The recovery will therefore be patchy and will come later in Spain – and this when the economy will have to pay the price for so much politics.

The reality is that the budget that the Spanish government has submitted for parliamentary consideration is not economic policy, but political economy. There will be time to analyze specific proposals, especially in the areas of taxation, housing and economic and business protectionism, which suggest a desire to extend a clientelist economic model that will consolidate the new regime. The main problem lies in its design. It is not a budget for economic recovery, but for political reshaping, in order to build a new and lasting majority. This budget is going to bring Spain financial difficulties, sustainability issues, and problems in Europe.

This article was originally published by the Spanish daily ABC. 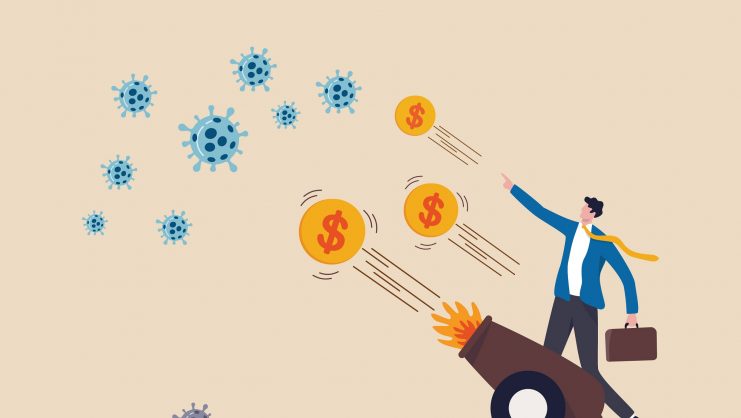 Javier Capape analyzes how different sovereign wealth funds have reacted to the Covid-19 pandemic from seeking to cushion the blow from the crisis, investing in biotechnology, or spotting an opportunity to put money into industries that have collapsed during lockdowns.