Michael Wenderoth shares the Chinese expressions which are shaping the Year of the Ox as he fondly looks back at his time learning the language and its myriad sayings. 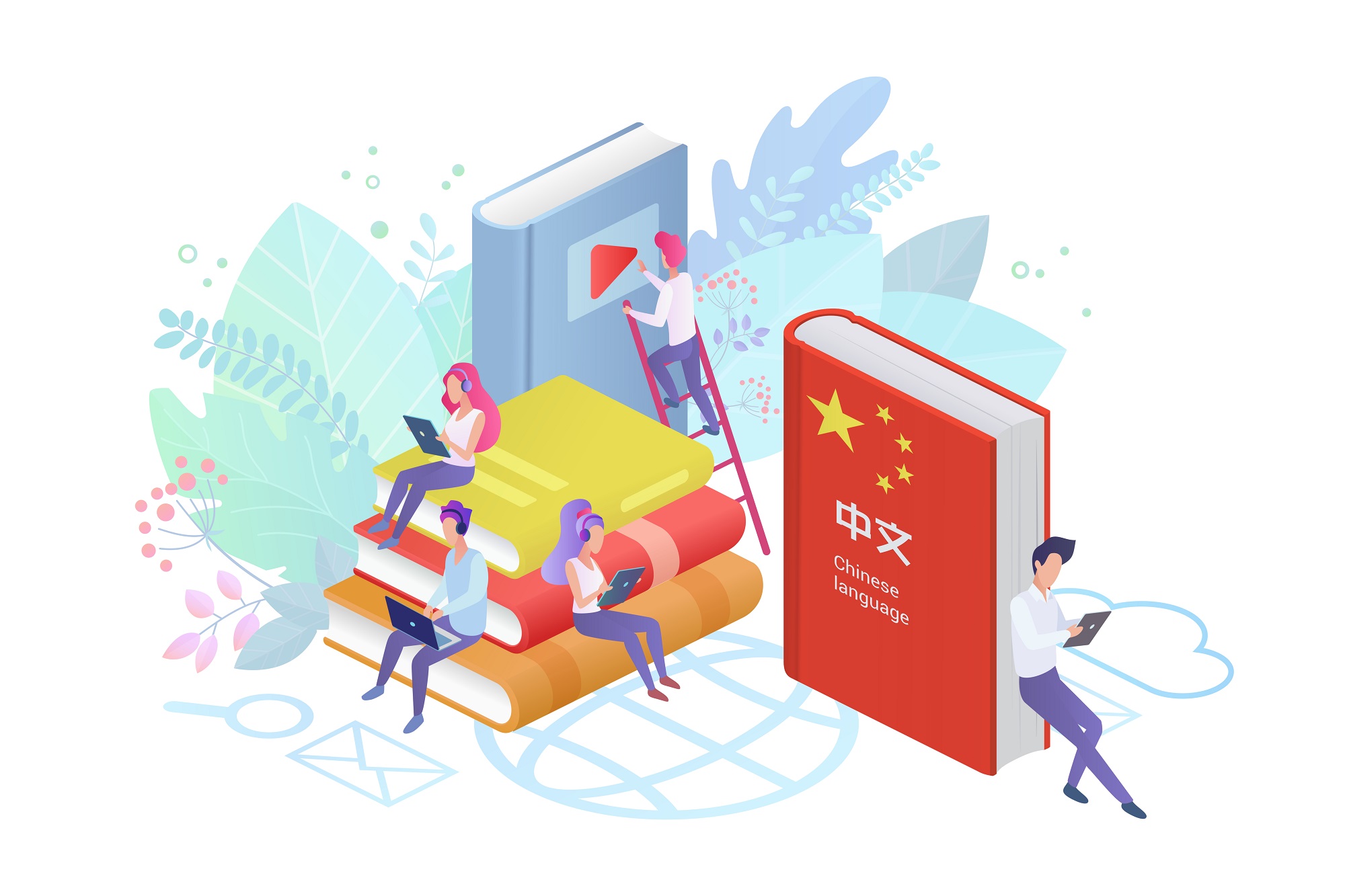 As my Chinese language teacher, Chen Xi, used to say, language helps you understand China – but idioms, colloquial expressions, and local slang provide the deepest insight. My lessons with her were like acupuncture: painful at first, then oddly beneficial for the unexpected pathways and connections they opened. We spent hours unpacking layers of meaning and references embedded in deceivingly compact expressions, usually only two to four characters in length. Ultimately, the process became so addictive that I still eagerly review, once a year, the newest words that enter the Chinese lexicon.

Teacher Chen passed away five years ago, but I was reminded of her the other week as I reorganized my office ahead of the Lunar New Year. I came across a copy of the Chinese-English Dictionary of Modern Slang of China, which I helped edit in 1995. Leafing through the entries reminded me how – in much the same way phrases like “fake news,” “mansplain,” “doomscroll,” “Me Too” “cancel culture” and “OK Boomer” capture the zeitgeist of today’s divided America – there’s no better way to track China’s rapid changes than through its language. 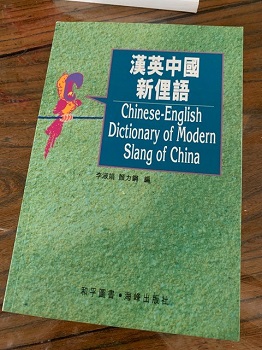 In memory of my late teacher, and for the love of language that she imbued in me and all her students, I have pulled together some of the expressions that are shaping us in the year of the Ox.

Ni xing zhe (逆行者) emerged during the pandemic to celebrate everyday citizens who heroically stepped up to serve on the frontline. Used to describe “counter marchers,” those who go against traffic, Chinese speakers consider it the equivalent of a person who runs back into a burning building to save others. As one Chinese student, returning from college in the U.S., told me: “Ni xing zhe captures the spirit of altruism and selfless help that had recently been lost in China.”

The expression also describes the first doctors and bloggers who sounded the pandemic alarm in Wuhan, but these “counter-marchers” criticized the government. Their stories, and the bigger story of the government’s early failures to contain the outbreak, have largely been erased from discourse and replaced by a new narrative of a bold government and ni xing zhe restoring order in China.

Rewriting the narrative by casting patriotic heroes is nothing new in mainland China. Mao-era slogans exhorted people to study “Lei Feng” as a model worker (学习雷锋好榜样). In the 1980s, Deng Xiaoping encouraged the Chinese to build socialism with Chinese characteristics. And in the 1990s, while working at the State-run China Daily newspaper, I saw how the lede was routinely buried on sensitive stories. After a tragic accident at the Beijing railway station, for example, the story focused on how ambulance workers saved the day rather than shed light on the construction, management, and corruption that likely caused the disaster.

How darkly ironic, then (or darkly brilliant if you specialize in damage control and PR), that an expression that celebrates going against the grain could be co-opted so well by a country that persecutes most who do so (eg, Hong Kong, Xinjiang, activist voices in Wuhan). It turns out that you can be a counter marcher in China as long as you don’t counter State interests.

It’s difficult to accurately judge social activism in China, with many people self-censoring out of legitimate fear.

The Malaise of Modern Life

The expression xia hai (下海), meaning to “jump into the sea” (of private business), best captures the period in the 1980s and 90s when China began to embrace the free market. Material comfort prevailed in that era, represented by phrases wan yuan hu (万元户) (a 10,000 yuan or US$1,500 household, a sizeable annual income up until the late 1990s), and later da kuan (大款), meaning a very wealthy person.

The past 30 years have indeed been impressive in this manner: 300 million Chinese have been lifted out of poverty, nearly the same amount have entered the middle class – and one’s life expectancy is higher if born in Beijing today rather than in Washington DC. Yet, it’s important to note that even with the pandemic aside, malaise has slipped into paradise. China’s university graduates struggle to find jobs or are woefully underemployed, resentment is rising against companies who overwork employees, and the language of formal hierarchy, like calling someone “Boss Joe Chen,” has grown more prevalent.

Enter da gong ren (打工人) to describe the plight of modern workers. “Gong ren” is a factory worker, but da gong ren applies to any white-collar worker who has become the means of production, who lives under the incessant “996” culture (work 9-9, 6 days a week). The term is a self-deprecating one among office workers and memes abound to show their awareness of being cogs in a capitalist system. Generation Z has taken up the art of slacking off at work or “touching fish” (mo yu 摸鱼), and urge each other not to take things so seriously, to find pleasure in simple activities, like to “gan fan,” to passionately enjoy a bowl of rice.

A psychology student in Beijing told me: “Da gong ren resonates with senior executives and struggling new grads, it has established a commonality among people who are seemingly so different… It’s hard to imagine that in a U.S. context.” Kenny Wong, managing director of advertising agency WE Marketing, pointed out how the Chinese character for liver (gan 肝) sometimes get substituted for the similar-sounding character for work (gan 干) – a visual reminder to take care of one’s health when working overtime for the Man.

Da gong ren is neither a manifesto for workers of the world to unite nor a total rejection of the market economy. It’s more akin to the disillusionment of working McJobs, sarcastically captured by Douglas Coupland in his novel Generation X. No word embodies the collective angst over modern life more than nei juan (内卷), or literally “inner roll,” often translated as “involution” (in contrast to evolution). The anthropologist Xiang Bo provides a fascinating treatise on this buzzword, which encapsulates the relentless competition in all aspects of life in China (and serves as a reminder of why my wife and I stopped living there full-time five years ago.)

Bu Zhong, professor of communications at Penn State (USA), told me nei juan is like watching a movie: “When those in the front stand up to watch, the back must stand up too. When they all take this effort to stand up, do they enjoy it more? No. Everyone gets tired of standing up, but they have no choice.” It is not that very different for millennials in the West.

Whether they acknowledge it or not, many of my Chinese friends seem caught in a Faustian bargain in that they will accept less freedom and tight State control in exchange for safety, convenience, and better economic conditions.

It’s difficult to accurately judge social activism in China, with many people self-censoring out of legitimate fear. We are left, instead, with the entertainment and light humor that pumps through Chinese social media with such volume that even the bilingual dean of a renowned language institute confided to me, “I can’t even keep up with the words these days!” Here’s a selection of the more interesting ones:

shen shou (神兽) – mythical creatures. Vicky Xin Zhang, a translator and interpreter trained at the Monterey Institute, told me that just like their counterparts in the western hemisphere, “Chinese parents didn’t know how good they had it pre-COVID when they could just go to work and leave their children to school teachers.” Forced to deal with their children 24/7 at home, Chinese parents now refer to their unpredictable, ridiculous, naughty, dumbfounding children as shen shou, or mythical creatures – a far cry from the beloved “small treasures” (bao bei 宝贝) or little emperors (xiao huang di 小皇帝) that Chinese children were once called.

ao Ii gei (奥利给) – you got this!/ awesome / cheer up. After being popularized by a humorous, high-energy migrant worker on the short-form video platform kuaishou, ao li gei became a rallying cry that pumps everything from your sales to your spirit. It is reminiscent of the traditional saying jia you (加油) (add oil or “let’s go!”) and the early 2010s mantra, gei li（给力) (give power!).

fan er sai wen xue (凡尔赛文学) – Versailles literature.  This trending expression represents a backlash against conspicuous consumption and elitism by gently mocking those who complain and humblebrag. An example of Versailles literature might be: “My boyfriend just bought me a Chanel bag, but it is a poor color and I’m so upset.”

dong wang (懂王 ) – all-knowing king. Two Americans living in China since the 1990s eagerly shared with me this moniker for Donald Trump. Trump may be gone, but I suspect his ability to shuai guo (甩鍋) – an expression that means dumping the wok, or refusing to admit blame and to shirk responsibility – will continue to be used amongst the Chinese as the West pins their problems on China.

IP – intellectual property. Victor Mair, sinologist and professor at the University of Pennsylvania, steered me to the word IP, which is just as it sounds in English and is shorthand for intellectual property. It is used to relay the preserving of cultural identity (the “IP of Xi’an, the city” for example), one’s personal brand, or trade secrets (valuable or original corporate IP). UPenn has an informative language log where Mair and others reflect on how English has increasingly entered Chinese speech. The expression IP is particularly interesting in how it shows a term which was once largely disregarded and violated in China is now embraced.

This past year of the Rat had us all looking inward – re-evaluating our values and identities, individuals and nations alike. Thus, it is no surprise that we are all desperate to break into the year of the Ox.

The young generation in China has begun to lay claim to the future, calling themselves the next wave, hou lang (后浪). The expression comes from the longer saying “长江后浪推前浪” that means the rear waves of the Yangtze River drive on those that precede them – a rather Zen-like way of saying the new is constantly replacing the old.

I discussed the topic with the young online influencer Wish Wang, who is herself caught between these metaphorical waves – and our WeChat discussion aptly captured this life. Wang was describing to me how she volunteers, travels, focuses on herself and her health, and just as she was telling me all this, she quickly changes gears and excuses herself to pop out of our conversation in order to host a short streaming sell session with her online followers. Little wonder her word for the Year of the Ox is yu zhi (阈值), meaning threshold: “if you can’t see any progress, don’t give up, coz maybe you haven’t broken through the threshold.”

No doubt, my late Teacher Chen would have truly loved all these new expressions. I imagine her giving them a thumbs up, in accordance with the word for Ox, niu (牛). Niu has long been used colloquially to mean “awesome!”  So, until 2022, we should have ourselves an Awesome (Ox) Year (牛年)! 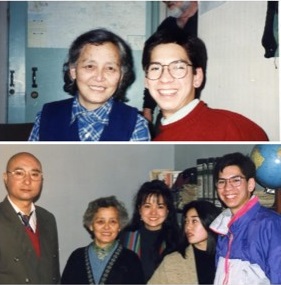 With Compass in Hand

The Opportunity of Intergenerational Collaboration 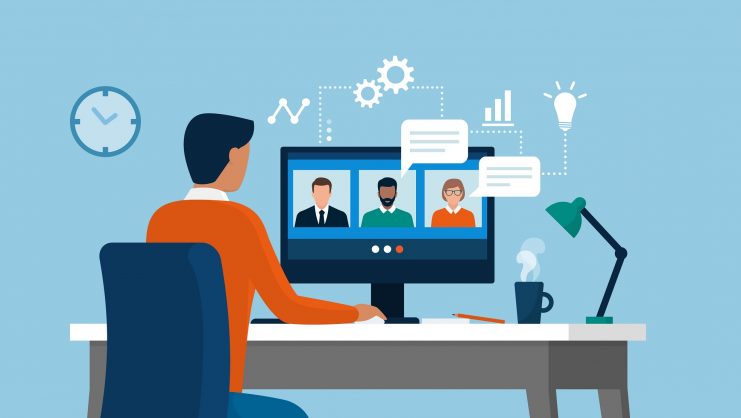 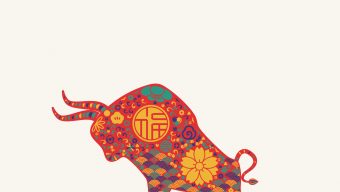 Do You Believe in Chinese Oxen? 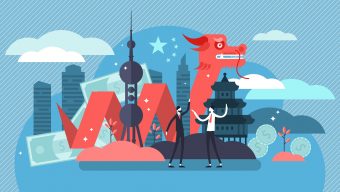