The strategic importance of the creative economy is on the rise. Culture has become just another economic activity. More traditional industries are devoting great effort to incorporating design and creativity into their products as differentiating elements. This explains, for example, why Cirque du Soleil has been more successful than traditional circuses. Recent reports by the European Commission and the Inter-American Development Bank highlighted the importance of the “cultural and creative industries,” also known as CCIs. These publications explain the growing importance of CCIs in generating growth, creating jobs, and fostering sustainable development. The creative economy and its productive sectors are therefore “the new El Dorado” of the 21st-century postindustrial economies.

Why does every Cirque du Soleil performance sell out in a few hours whereas traditional circuses just seem like a drag? What’s more important about Apple: technology or design? The answer lies in creativity and the sectors that produce it – “Cultural and Creative Industries” or CCIs. 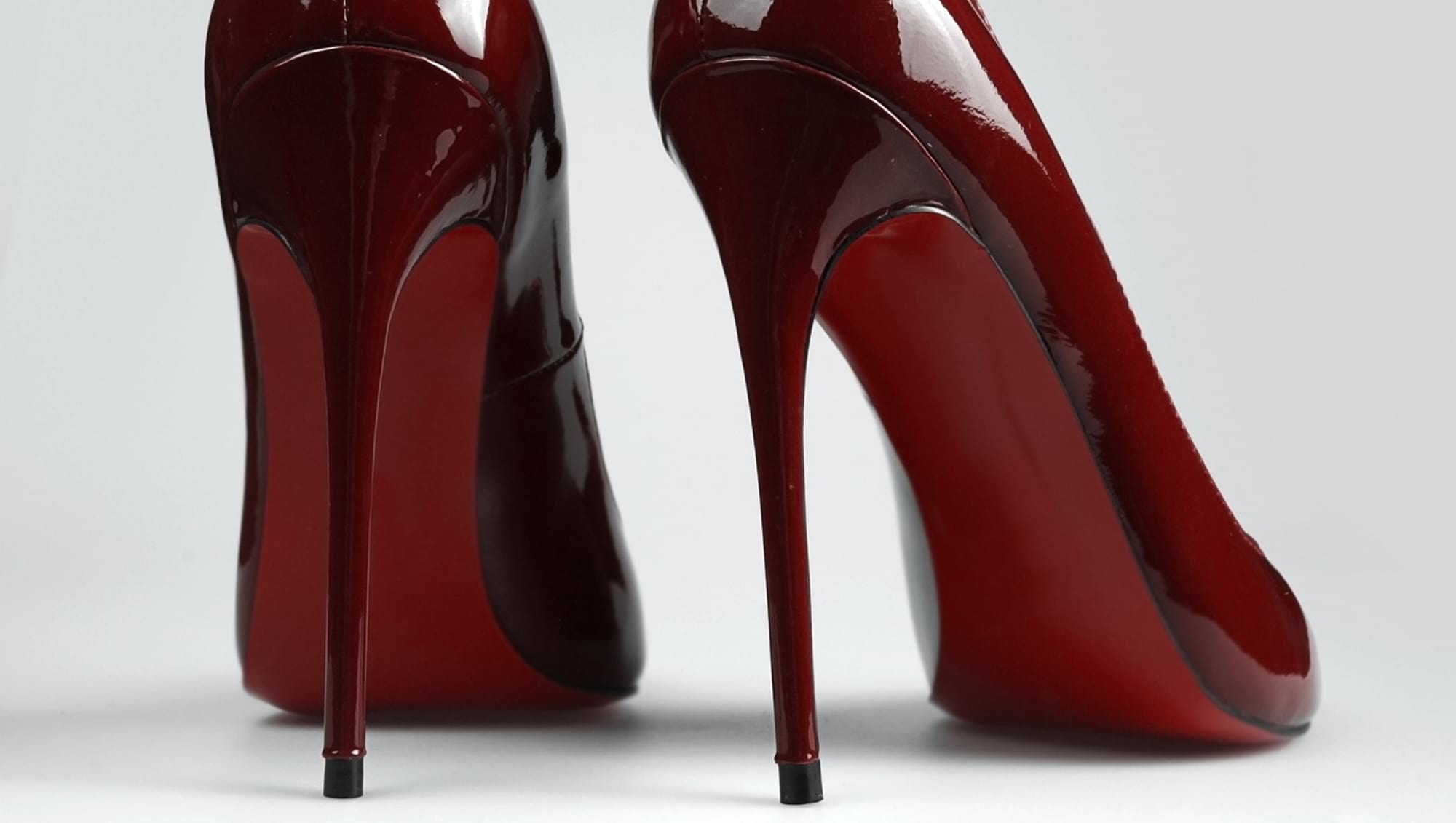 Why is it that in just a few hours the tickets for a performance by Cirque du Soleil sell out and yet a traditional circus bores us? Is carrying an ordinary handbag or wearing conventional shoes the same as owning a Hermès bag or a pair of Manolo Blahniks? Which is more important to Apple, technology or design? Why do these products exponentially multiply their added value compared with other seemingly similar products? The answer is creativity and its productive sectors: known as the Cultural and Creative Industries (CCIs).

The concept of the ‘creative economy’ originated with the so called “Economics of the Arts” as an independent discipline within the economic sciences in 1966 with the publication of the work Performing Arts: The Economic Dilemma by Baumol and Bowen. But it wasn’t until John Howkins used the term in a very broad way for the first time in his book The Creative Economy: How People Make Money from Ideas.

Meanwhile, international organizations such as UNESCO, the World Intellectual Property Organization (WIPO / OMPI), American for the Arts, DCMS, CIPS, OCDE, KEA or UNTAD among others, aware of its growing importance, have developed different criteria in an attempt to classify the creative sectors (Cultural and Creative Industries) whose use depends on each country.

It is clear that in the knowledge society, the creative economy is changing the organization of economic and social activity in developed countries. On the one hand, the model of Anglo-American cultural management is being introduced opposite the French-continental model where culture is ceasing to be considered a public good and therefore supported by the states, to become just another economic activity, subject to the rules of the market.

On the other hand, most traditional industries are devoting great effort to incorporating design and creativity into their products as a differentiator, converting intangible aspects into key strategic elements of the goods and services.

The strategic importance of the creative economy

The creative economy bases its importance on four fundamental values:

The Green Paper: The wake-up call of the European Commission

In 2010, the European Commission published the document The Green Paper: Unlocking the potential of cultural and creative industries in which a wake-up call was given to the member states proclaiming the growing importance of the CCI for generating growth and direct employment, besides having a multiplier effect on many others. It also maintains that the CCI enjoys an enormous potential to meet the challenges of the European Union, established by the Europe 2020 strategy. Likewise it points out that “there is a huge untapped potential in the CCI to create growth and jobs” and that “a large part of our future prosperity will depend on how we use our resources, knowledge and creative talent to stimulate the innovation based on our rich cultures”.

Moreover, in 2013 they approved the final budgets of their program “Creative Europe” with a total of €1.8 trillion for the period 2014-2020 aimed at enhancing European Cultural and Creative Industries.

The creative economy proposes economic models that are clean, ecological and sustainable.

Also a step forward was taken by the Inter-American Development Bank with the presentation of the document Orange Economy: an infinite opportunity in which largely unknown key ideas and concepts about the important development opportunity that Latin America and the Caribbean have in the Creative Economy are presented and that they “cannot afford to lose”.

Didactic in character and with the intention of making visible, comprehensible and extensible the macroeconomic fundamentals of the Creative Economy, the text displays such amazing data as:

By way of conclusion

Based on these data it is undeniable that the creative economy and therefore its productive sectors, the “Cultural and Creative Industries (CCI)” are “the new El Dorado” of the 21st Century postindustrial economies for productive development, competitiveness and job creation of high qualification and quality.

From the Institute of Cultural and Creative Industries (InsCCI), we work with full conviction of the importance of transforming and adapting to this new reality, in promoting a framework for the CCI, which is to establish creative clusters, attract professionals from the creative as well as the business environment, create links between culture and economic development, create innovative training methodologies, develop initiatives in local and regional environments as a platform for global launch and to promote and disseminate the economic and social value of the CCI. Are you ready to join us in this new reality…? 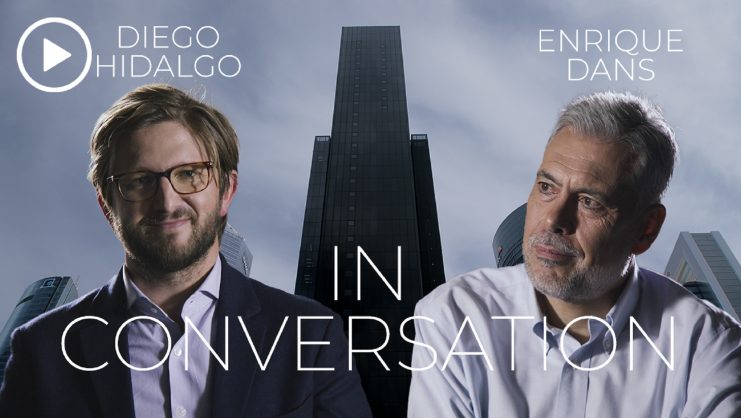 In the second part of our “In Conversation” series, Enrique Dans sits down with Diego Hidalgo to discuss innovation, regulation, and the role of education in mediating our relationship with technology. 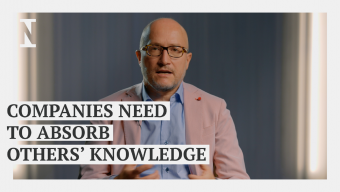 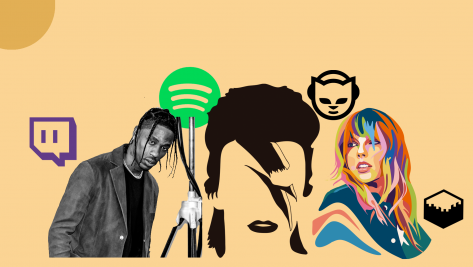 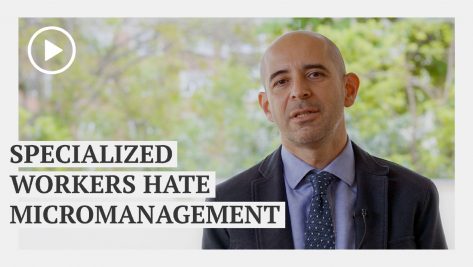 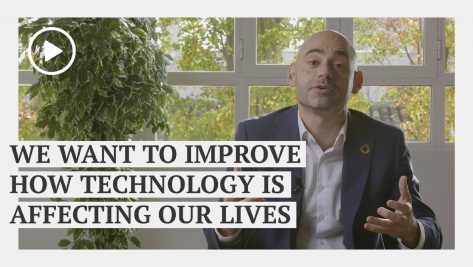