How will Web 3.0 change the way we experience, buy, and judge art? 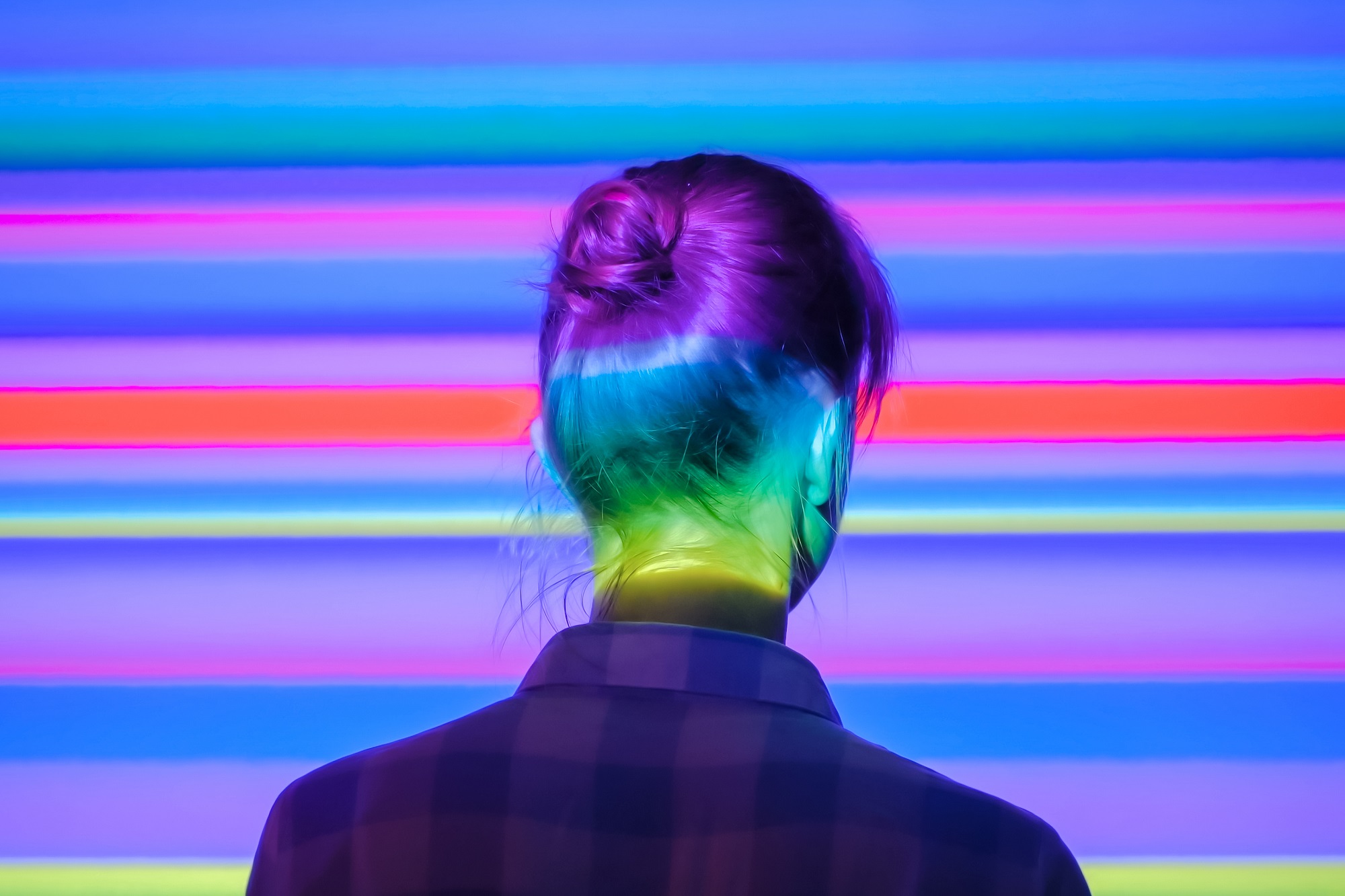 When the pandemic hit, art became a haven for many, especially when it was not always possible to socialize in person. During this time of isolation, some created art as a way to deal with stress, took online classes like the MoMA’s What Is Contemporary Art?, and visited collections online at the Louvre, MET, and Vatican. Within the pandemic, we discovered new ways to interact and experiment with art, to get to know it more deeply even when – or, possibly, because – most borders were shut and museums closed.

Perhaps our need for the comforting effects of art and beauty can also help explain why people have been so inclined to invest in art as of late, particularly online art. Indeed, art sales in the sector have experienced significant growth in the past few years. According to a 2020 report on the global art market and Covid-19 released by Citibank, pre-pandemic online sales of art represented only 7.5% of global art sales, and frankly no one expected the sector to change. But the pandemic forced the big players of the art market to organize virtual auctions and exhibitions. At its online auctions in June 2020, Sotheby’s sold 93% of its lots, and Christie’s likewise concluded its virtual auction in the first year of the pandemic, with more than 80,000 online buyers participating in the sale.

Furthermore, the rise of digital art galleries has put the spotlight on emerging artists like never before, connecting art lovers and potential buyers from around the world. In 2021, the online art gallery SINGULART received a €60 million investment and became the first startup from a cultural sector to pick up such a large figure. This accelerated evolution in the art world is not just limited to the move online, however – it goes way beyond. To some extent, the momentum is in accordance with the phases of the internet: Web 1.0 was about reading information; Web 2.0 about interaction, producing your own content and sharing it through different platforms; and now Web 3.0 is focused on decentralizing data, where users and machines alike can easily interact in an immersive digital reality. We could say that art as an industry and in the way we experience it is entering its 3.0 phase.

Historically, art has been the expression of human imagination with the power to influence the emotions of others. Today, the consumption of art has shifted from a state of contemplation to immersion, where one is part of an experience that encourages – demands – interaction with the art. Examples of this type of immersive art now abound and are breathing new life into art appreciation and museum visits. For example, Madrid’s recently opened Immersive Experience Centre launched with a Gustav Klimt experience that allows visitors to engage with Klimt’s work and turn-of-the-century Vienna thanks to digital screens, virtual reality glasses, and various spaces that place art-goers inside the paintings and buildings that Klimt decorated.

This new decentralized way of cultivating art comes with many benefits, but it also raises questions around the democratization of art and the standardization of taste. In line with these two questions, we must reflect on whether the desacralization of art has been beneficial to our society or if it has been at the expense of the creative process. Regarding the democratization of art, it is important to consider whether technology companies such as Meta, Google, and Amazon will allow the Web 3.0 and technologies including the metaverse to develop in a decentralized and democratic fashion or if society will be witness to a race for power in this new digital space. Similarly, thanks to increased connectivity, is it possible that the art world could be truly open to anyone and everyone, or will there be but a few actors at the lead?

Clues can be found in NFTs, the buoyant emerging sector that can represent almost anything – from memes and tweets to limited-run sneakers. It has found particular success in digital art. OpenSea, for example, is a marketplace for non-fungible tokens that had a valuation of $13.3 billion last January, just four years after its founding. As a point of comparison, it took six years for Airbnb to reach a $13 billion company valuation. The truth is that no one has yet to capture the potential of this new art trend. The opportunity is there: the NFT marketplace – or another similar platform – might very well become the next tech giant.

Another factor that makes us question the democratization of Art 3.0 is the fact that we still rely on traditional players when it comes to selling those artworks. As mentioned, big auction houses are already present. Christie’s conducted its first purely digital artwork auction in March 2021, during which the digital collage Everydays – The First 5000 Days by Beeple was sold, with an authenticity-guaranteeing NFT, for a staggering $69.3 million. Consecutively, Beeple became the third most expensive living artist, after David Hockney and Jeff Koons.

The second question to address is regarding the standardization of taste and whether increased connectivity will homogenize our artistic taste. Is artistic beauty still relative? Our culture and habits have become more narrow with globalization and an interconnected world. It is the case for the languages we speak (according to UNESCO, almost half of 7,000 spoken languages will disappear by the end of the century) and the food we eat (according to the BBC journalist and author Dan Saladino, humans now eat mostly just nine of the 6,000 plant species we have eaten over time, three of which – rice, wheat, and maize – provide 50% of all calories). Will this trend extend to artistic taste and products?

Finally, and probably the most important question to ask when envisioning the world of art is whether creativity is truly fostered in the digital area. Of course, the fact that we all have access to art and find opportunities to cultivate our artistic skills is highly beneficial in our society, for a variety of reasons. Nonetheless, the rise of social media and platforms like Instagram has generated a race to impress in the digital sphere. We find ourselves psychologically more inclined to post, approve, and like content that goes viral, even when the so-called artistic nature of that content is questionable. What are the boundaries of art? Can everyone be an artist? While we should acknowledge the benefits of the increased access to art, we should also adopt a more humble attitude and recognize that not everything our minds produce qualifies as art.

Consider the sale of a collection of JPGs organized by Sotheby’s in April 2021 that reached $16.8 million. Strikingly, as part of that sale, a single grey pixel NFT sold for $1.36 million. One could spend quite a bit of time arguing for and against the artistic nature of this grey pixel, despite its inclusion in the catalog of one of the finest auction houses. It is quite likely that the owner of this particular NFT bought it not for its aesthetic qualities, but for the sake of owning it – possibly with a speculative idea in mind. It brings to mind a quote from Lewis Carol’s Alice in Wonderland when the Queen turns a child into a pig, “It would have made a dreadfully ugly child; but it makes rather a handsome pig.” It is a bizarre lesson in optimism. 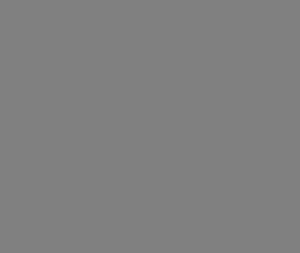 Art and its relationship with society has always generated many questions. As it should. The positive side of this current trend towards a more immersive, digital, and connected art world is that we are engaged, we are participators – and this is a sign of free, open-minded, and liberal societies. Indeed, art has the power to not only reflect the world around us but to transform it, to improve it. An example of this is from the French photographer and street artist JR, who announced that he will sell two NFTs of his latest project that shows a 45-meter-long photograph of a smiling Ukrainian girl that was displayed in Lviv, Ukraine. People had begun to gather around the image and marched together around the city in a demonstration of solidarity and cohesion. All funds from the sale of the two NFTs will go towards supporting Ukrainian refugees and the project was featured on the cover of Time Magazine. Art can have a definitive impact on society – it is far from neutral – and NFTs and digital art have a role to play in that purpose. 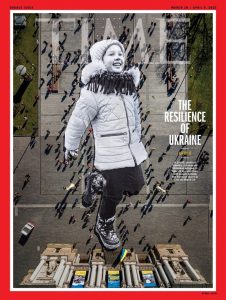 The world that we live in is as strange and real as the world described by Lewis Carrol. “We’re all mad here,” the Cheshire Cat says to Alice, but “mad” isn’t necessarily a bad thing. We can embrace the unpredictability of our lives, we can welcome it and learn from it. Here, art can help us by being our haven and our guide through our emotions and our understanding of both the physical and the ever-expanding digital world. In this respect, art and its role in society has not changed much at all.

Can we incorporate the ideas of emotional control put forward by Stoicism to achieve happiness in our lives? 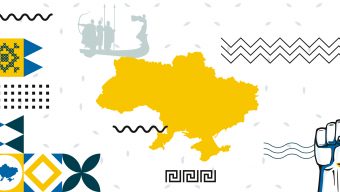 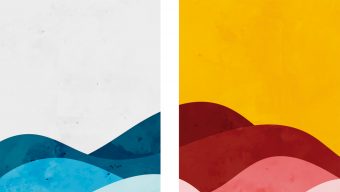 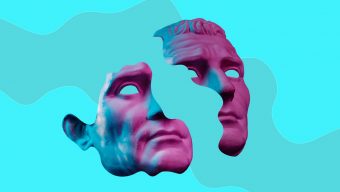 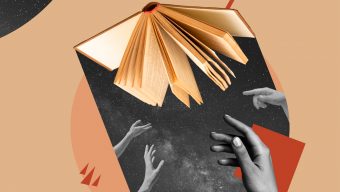 Don’t Touch Me: A New Baroque for an Intangible Age 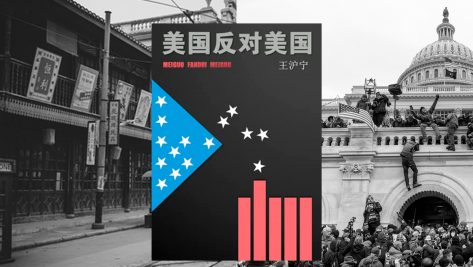 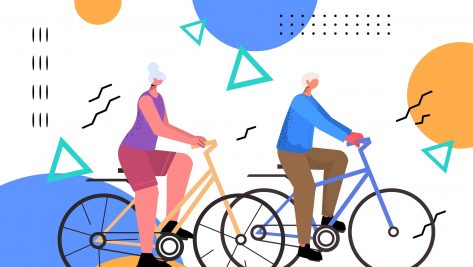 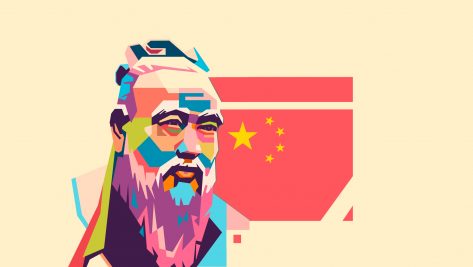