Music artists from Travis Scott to Taylor Swift have recently taken the lead in embracing new ways to connect with fans, from performing on video games to collaborating with other artists stuck at home in lockdown, and companies can learn from this ability to reinvent and embrace change. 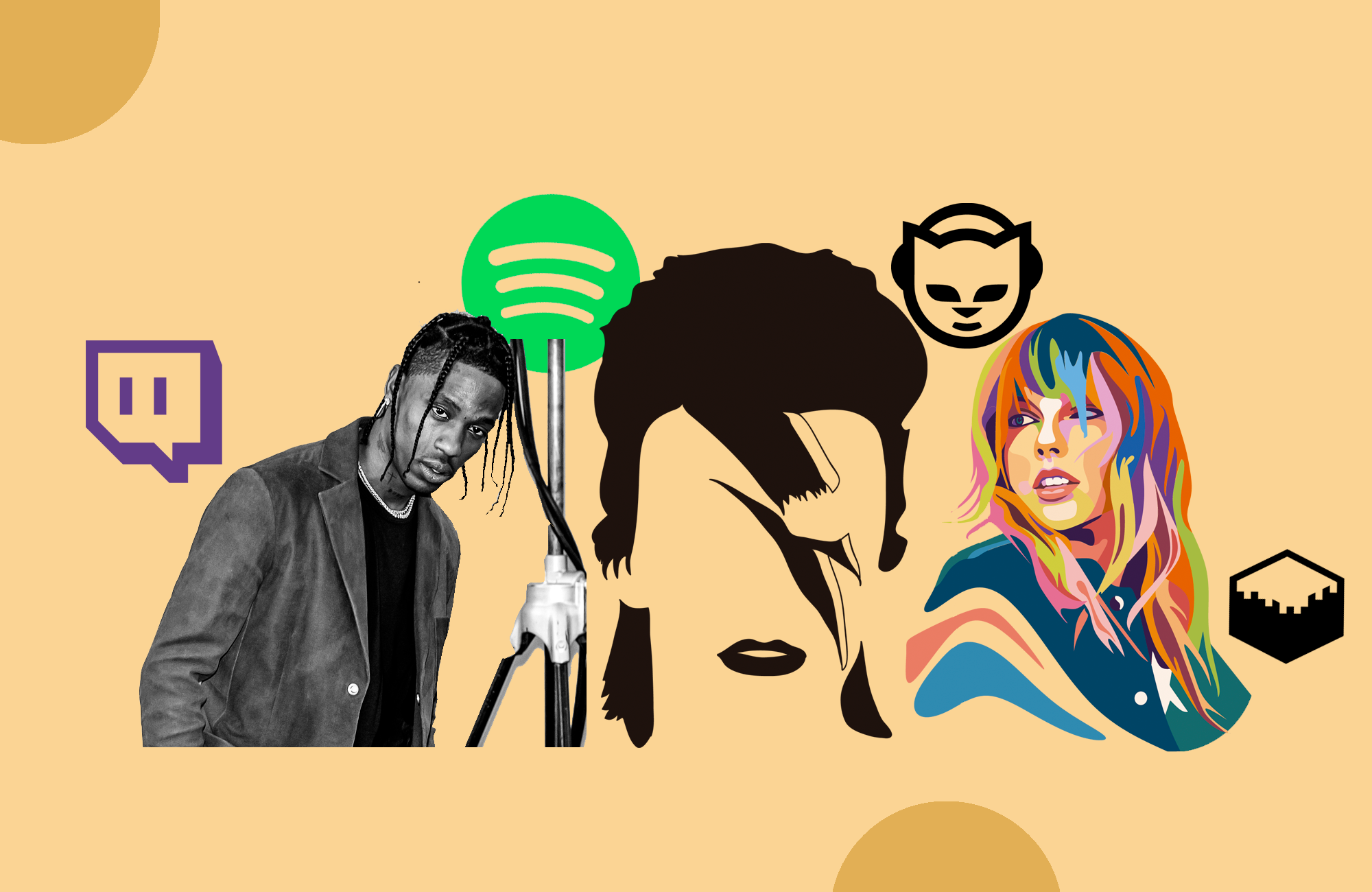 From Concerts to Gaming

The music industry is no stranger to disruption. While all the focus is currently on the pandemic, it’s just one more blip in a long line of challenges: Napster, Apple, and Spotify have all been outside forces that challenged norms and infrastructure. Damage was done but it was not catastrophic. From these disruptions emerged new forms of distribution, discovery, and creative expression that ultimately helped the industry return to growth.

During the pandemic we’ve seen artists take the lead by embracing new ways of connecting with fans. Cancelled tours have meant more time to experiment, through new collaborations with artists and on digital platforms. They have let go of what was, and embraced what is. Hip-hop artist Travis Scott drew over 12 million fans to his virtual Fortnite concert, earning him over $20M for the 9-minute show. Block by Block West, a virtual musical festival on Minecraft, was the brainchild of indie band Courier Club. The first attempt was so well-attended that it crashed the server, but a month later the digital kinks were sorted out and the festival raised $50,000 for CDC Foundation’s Coronavirus Emergency Response Fund.

For those unable to attend, the festival was broadcast on YouTube and Twitch, which have become critical channels for musicians. Diplo’s MadDecent label has scheduled regular performances on Twitch throughout the pandemic. Some artists, like Jeff Tweedy from Wilco, have taken the direct-to-fan video performance to an extreme. The Tweedy Show airs regularly on Instagram Live, a family affair with live performances of cover songs and an occasional Wilco deep cut. To date, they have logged over 130 episodes.

Taylor Swift’s GRAMMY-winning album, Folklore, is a pandemic upshot. The downtime created the opportunity to collaborate with Aaron Dessner from The National who was also stuck at home.

Each of these examples illustrates the artists’ ability to see opportunity in this “downtime,” or as Miles Davis once said, in “the space between the notes.” While none of them would say they were experts in using digital tools—any more than they would say they are experts in concert event planning—they have been able to play to their core strengths and find success. Coming out of the pandemic, rather than fading away, we believe these new innovations will stay and that new experiences for fans and artists will grow.

Patrick Leddin, an Associate Professor of Managerial Studies at Vanderbilt University, has written about David Bowie, in particular the correlation between his fluidity and his success. In an article titled “What David Bowie’s Career Teaches Us About Strategy,” Leddin leans heavily on the work of economist and Harvard Business School professor Michael Porter.

[David Bowie] was such a restless person. He didn’t like being comfortable. Comfortable is genre-driven, and be careful, because it will outlive you and it will surpass you.

Porter acknowledged that a good test of strategy is a unique value proposition, an idea that is familiar to entrepreneurs and executives alike, but said that it doesn’t end there. A great strategy includes “The unique value proposition versus competitors and also a distinctive value chain, involving clear choices about how the company will operate differently to value in line with the value proposition.” Since there is no one right way to set yourself apart, “a company’s focus should be to choose its customers, understand the customer’s needs and compete to be unique, versus competing to be the best.”

In music, artists often talk about the importance of finding their own unique, personal voice. Bowie built personas that crossed boundaries, standing out from the other artists of his time — but he did this by creating multiple voices that changed over time.

Porter wrote that while change creates opportunity, it also has the potential to create confusion. And in this rapidly evolving world strategy has to take this into account. Maybe in the past companies set a direction and lived with it for decades. But today that isn’t possible. Not only does the strategy for uniqueness need to be set, so does a strategy for constant improvement, or what we might call adaptation. It can be challenging to hold both priorities in balance — or more accurately, in tension — knowing when to prioritize one over the other. But Porter insisted that the two were not mutually exclusive.

“Continuity of strategic direction and continuous improvement in how you do things are absolutely consistent with each other,” he wrote. “In fact, they’re mutually reinforcing. The ability to change constantly and effectively is made easier by high-level continuity. If you’ve spent ten years being the best at something, you’re better able to assimilate new technologies. The more explicit you are about setting strategy, about wrestling with trade-offs, the better you can identify new opportunities that support your value proposition.”

Bowie’s guitarist Carlos Alomar said of working with Bowie: “Every time I came back to David, I needed to change. He wanted R&B, rock and roll, electronic music, Emerson, Lake & Palmer, romantic music. Stir the pot and out comes the Thin White Duke. He was such a restless person. He didn’t like being comfortable. Comfortable is genre-driven, and be careful, because it will outlive you and it will surpass you. David had a lovely saying, ‘Let go, or be dragged.'”

When Bowie changed his persona and his style, he lost some fans. But he didn’t mind; he always moved forward, attracting new audiences as he retained a loyal core following. We believe, like Leddin and Porter, that for companies to succeed decade after decade, attracting new customers, they must understand their core capabilities, strengths, and purpose in ways that allow them to embrace change.

Companies have to reinvent to survive in the digital era. Just look at the evolution of Netflix, Slack or Twitter. But there are examples of long-standing companies that have embraced this path to change. Even if you read about them before, they are worth briefly noting again because of the pattern that emerges through their histories.

Nintendo was founded in Kyoto, Japan in 1889 as a playing card company. By the 1950s, it had expanded to the United States, growing business by publishing books on card games. As the company grew rapidly it expanded into vacuums, hotels, taxis, even noodles, trying to find it’s next big market. But as those pursuits arrived at dead ends the company decided to double down on its initial pivot from playing cards to toys.

Nintendo’s first big hit was the Ultra Hand, invented by Gunpei Yokoi, a playful engineer working on the manufacturing line who wanted an extending arm for grabbing things in the factory. Later, Yokoi designed electronic toys, accessories for early video games, and eventually the Game Boy. Even though they understood printing, manufacturing, distribution, and global trade, Nintendo’s real strength was play.

It can be emotionally difficult to make big changes, in different ways from those that large digital companies face.

Nokia, who dominated the mobile category before smartphones, started in 1865 as a wood pulp mill. Over the next hundred years they grew into a conglomerate that included forestry, cables, rubber boots, tires, and electronics; by the 1980’s they had developed the first digital phone as well as the first car phone.

After nearly shuttering in 2013, they sold their phone business to Microsoft and became a 5G network provider. What is the thread of connection here? Nokia’s core asset was in creating the ingredients for communication — paper pulp in the early 20th century, digital networks by the late 20th. Consider that. From wood pulp, to forestry, to boots and tires, to phone cable, to wireless communication and handsets. That’s a journey comparable to Bowie’s.

Fujifilm could have faded into obscurity like Kodak did when the digital revolution hit, but they recognized the need to embrace technological change. Their choices were not as seemingly random as Nintendo’s noodles — Fujifilm’s core identity was in image reproduction. In 2000, they spent $1.6 billion for a 25% stake in cash-strapped Xerox. With the investment, Fujifilm controlled the strategy for the joint venture, FujiXerox, and when the film industry started to founder it had a cushion of earnings.

In 2007, the same year the iPhone was launched, Fujifilm launched a new venture that leveraged chemistry originally developed for UV protection, which kept color from losing quality in direct sunlight. Reevaluating their identity, they realized that their true voice went deeper than reproducing images: it was about keeping images from fading away. So they founded Astalift, a brand of skincare products and cosmetics that protects its customers’ skin from aging due to sun exposure.

And of course there are many more examples. Look at how National Geographic became a multimedia company, or how IBM pivoted from supercomputers to consulting. It’s powerful to see long-established, asset-heavy companies reinventing over and over again. While we’re used to this in the software-rich digital age, it’s so much more challenging if you own real estate, factories, and inventory. It can be emotionally difficult to make big changes, in different ways from those that large digital companies face. In fact, over the years, we’ve seen a lot of companies like this lose the nerve required to make changes; but this nerve is also needed for them to survive. And understanding their core strengths is the only way they have been able to succeed.

Musicians aren’t more gifted in resilience or creativity, but they are certainly more practiced at it than most other industries. Looking to the artists and the industry is more than inspiration or metaphor. It is good business. It’s no surprise that some of the earliest hyped NFTs have come from musicians. Deadmau5 and Grimes have sold art. The Weeknd and Kings of Leon launched NFT albums. And in a sense, these artists are all returning to concepts created, again, by David Bowie, when he released “Bowie Bonds” in the early 90’s, creating shares and royalties of his back catalog.

We want to acknowledge how difficult it’s been for many in the industry during this time. The closed venues and cancelled concerts have affected the livelihood of millions of people. The successes we cite are no salve to those who have personally suffered from the effects of the pandemic. But we also want to acknowledge that the creativity and ingenuity of these same people is the reason the music industry continues to bounce back time after time. If you want to know what’s next, look to these folks. They are always two beats ahead.

A portion of this article is excerpted from Two Beats Ahead: What Musical Minds Teach Us About Creativity and Innovation, by Panos A. Pany and R. Michael Hendrix, available from Penguin Books Ltd.

The Shadow Looming over the UK 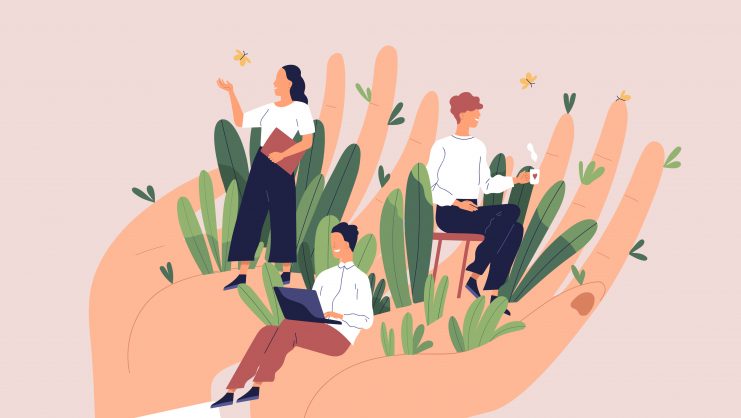 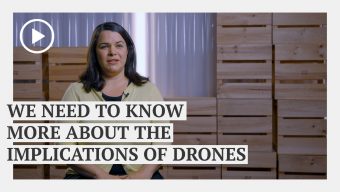 The Disruptive Potential of Drones 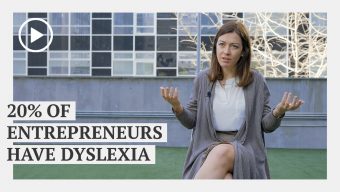