Collaborative, open-plan workspaces have become increasingly common. In this interview, Guzmán de Yarza, Director of the Master in Design for Work, Retail and Learning Environments at the IE School of Architecture and Design, discusses the effect of workspace design on employee satisfaction. To allow companies to operate at the pace of society, workspaces should combine domestic and work-related elements such as common areas that encourage employees to interact with one another. Besides being cheaper than traditional offices, flexible workspaces respond to a new reality: thanks to mobile devices, most activities can be carried out almost anywhere. The goal is to create functional spaces that attract and facilitate talent.

Workspaces have changed. The rigid aesthetic of 20th-century offices has given way to open-plan spaces that are collaborative and more transversal. In these spaces, Guzmán de Yarza, Director of the Master in Design for Work, Retail and Learning Environments at the IE School of Architecture and Design, notes, greater employee comfort leads to higher productivity. 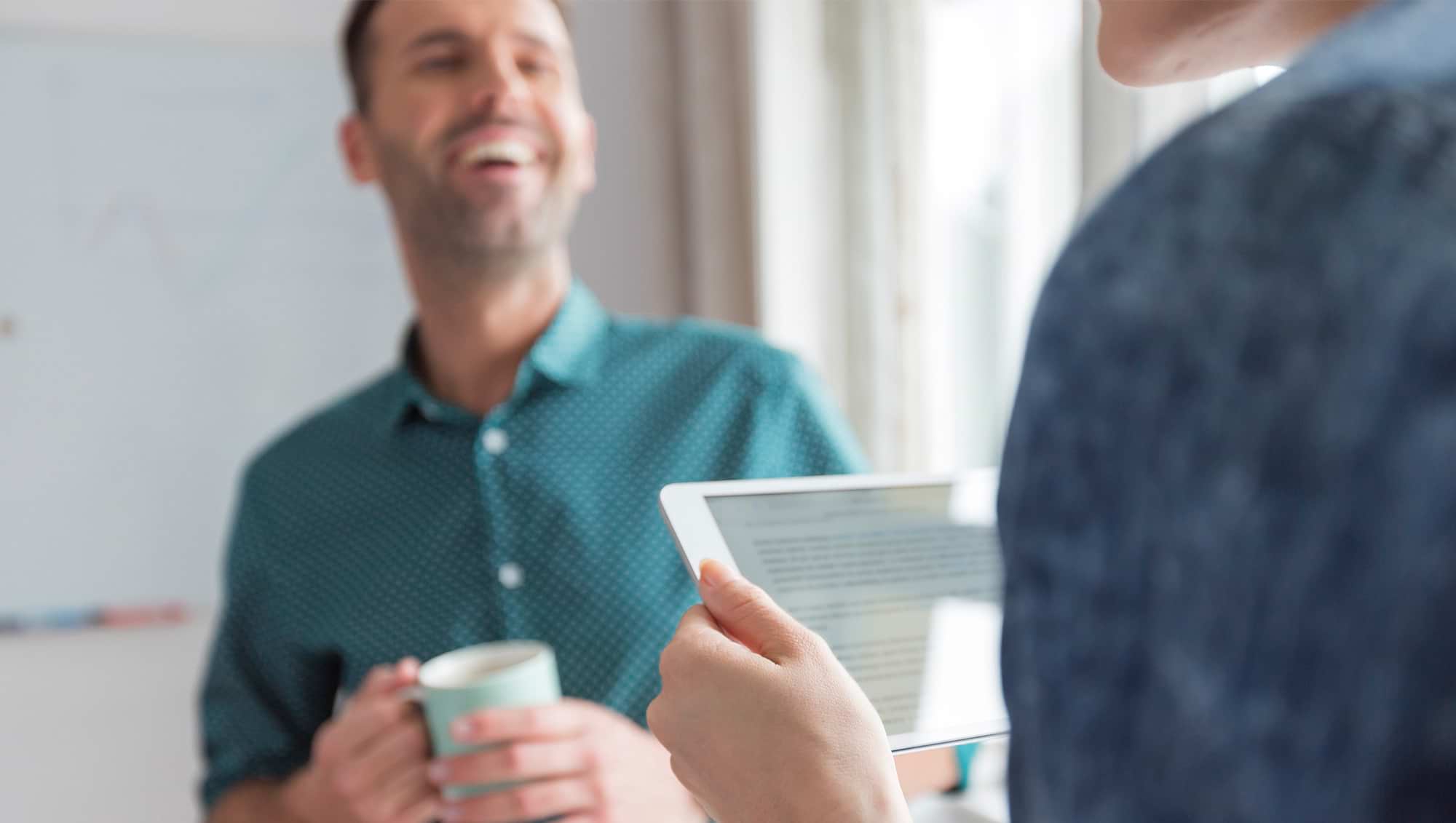 Work routines have changed, and workspaces are changing at a similar pace. Does office design have an impact on employee efficiency?

Yes, although it has become increasingly difficult to measure this productivity increase in today’s knowledge society, where companies are engaged in the management of information or creative work and projects are not generated in a linear or automated way but rather in an organic, collaborative way. The transformation of the workplace is driven by factors such as technology, people, and spaces. In light of this reality, I think we need to encourage greater efficacy in material means and in ergonomics, but without neglecting employee welfare and satisfaction, which are key factors in job performance.

Are companies aware of how the work environment influences business development?

Offices are being reinvented at the pace of society and its needs. In Spain, interest in workspaces has boomed over the past five years. Something that was once considered a commodity is now gaining importance in companies’ strategic plans. More than cost or appearance, the goal is to attract the talent of new generations—to create inspiring and creative environments that give rise to collaboration. Moreover, I think the biggest shortcomings of Spanish office parks have to do with their outdoor spaces. Even though Spain’s climate allows you to be outside nearly eight months a year, the buildings are airtight—fresh air can’t get in—and there are no semi-indoor multifunctional areas.

Why do companies want to give their new offices a domestic feel?

What’s more, the eight-hour continuous workday is the result of a social contract inherited from the 19th-century. It’s obsolete and no longer makes much sense. A growing number of professionals who are highly committed to their projects have decided to work in a more complex, hybrid, and intense manner. In order for workspaces to accommodate this new social and work-related reality, I think they must contain elements that have not traditionally been associated with offices but rather with domestic spaces.

In practice, designing flexible, open-plan workspaces is cheaper than designing traditional office space, since there are fewer partitions or other elements that divide up the space.

Do you see a trend towards multifunctional, hybrid, versatile workspaces?

The fusion of work and domestic life will continue to develop. We’ve been seeing hybrid buildings that combine office and residential spaces. This is nothing new: you can find similar examples from the 1960s and 1970s that allowed workers to avoid commuting by car while enjoying various common areas. Along similar lines, Google provides free shuttle buses that allow its employees to save money and—more importantly—gain time for work. The new hybrid office-residential buildings will have common areas—shared kitchens, TV rooms, and libraries—that are designed to promote interaction among workers.

Is co-living a parallel trend to co-working?

Hundreds of these spaces have sprung up around the world over the past decade. American real-estate companies like WeWork have already started the construction of new co-living buildings, although not on the same premises as their better-known co-working spaces for now. Other companies like Soho House and NeueHouse have already opened buildings in several countries that simultaneously serve as a private members’ club, a workspace, a hotel, and a restaurant/bar. These buildings are an updated version of the 18th-century British gentlemen’s clubs: environments that ensure that users belong to a privileged club, where discrimination is based not only on money but also on professional profile.

Are these new workspaces equally appealing to all generations?

Several generations coexist in these workspaces. This is a challenge for the companies that run these spaces, because they have to be able to offer a differentiated environment for each generation, but on the same premises. It’s undeniable that the new proposals will be accepted more easily by members of the younger generation, who are used to working flexibly and understand the workplace as a place to collaborate with other professionals rather than a way to achieve status. Five years from now, many bosses will be digital natives, and workspaces will be meeting points and co-working sites.

The most advanced companies are introducing flexible ways of working that reject enclosed, compartmentalized spaces and instead embrace collaborative areas.

Is it more expensive to design collaborative, multifunctional spaces than it is to design traditional offices?

In practice, designing flexible, open-plan workspaces is cheaper than designing traditional offices, since there are fewer partitions or other elements that divide up the space. Some companies that adopt these new designs are able to reduce their operating costs by up to 50% because they only need half as much space.

But it’s not just a matter of price. It’s about the willingness to work in a different way, fostering dynamism and interaction with one’s surroundings. Technology makes it possible to do most activities from almost anywhere. You can use mobile devices to work, shop, learn and interact with other people. Offices must therefore adapt to this new mobile condition of contemporary life. Corporate headquarters must find a new role. Although changes of this sort have been most prevalent in tech firms, all sectors will be affected by this revolution to one degree or another.

What are the keys elements of the new office concept?

In my opinion, there are several elements that must be taken into account in order to create a collaborative, functional work environment. On the one hand, you have the physical space and the architectural considerations. On the other hand, you have the technology that is used, including for aspects such as energy and environmental management. The last thing to consider is organizational structure and human-resources policies. I think an alignment between these areas is necessary in order to achieve the desired goals.

As for materials and finishes, I wouldn’t dare to discuss current trends, as I don’t wish to reduce workspace design to a decorative or superficial matter. For any company that wants to improve its offices, the important thing is to begin by conducting a needs analysis. Only after that should you discuss design issues. The most advanced companies are introducing flexible ways of working that reject enclosed, compartmentalized spaces and instead embrace collaborative and more transversal areas. There are different profiles, so spaces should be varied and versatile.

Co-working spaces have mostly appeared in big industrial areas where the cost per square meter is low, since start-ups as well as creative companies are interested in these areas.

In many cases, the goal is to replicate the success of some of the tech firms that started out in garages or industrial buildings, and then apply this to the corporate world. Similarly, consolidated companies are trying to imitate the energy and vitality of co-working spaces. The fact is that co-working spaces have mostly appeared in big industrial areas where the cost per square meter is low, since start-ups as well as creative companies are interested in these areas.

I think it’s difficult to directly transfer these circumstances to corporate environments because it can come across as phony or artificial. Our mission is to find the best way of working for each company and provide the necessary means and services to make it a reality. Although the solutions for each company are different, all projects share a common goal: appealing, functional, pleasant spaces that attract and facilitate talent.

In your opinion, what companies excel in workspace design?

I think Studio O+A in San Francisco is the best workspace-design studio. They have been creating innovative spaces for Silicon Valley tech firms for the past 25 years. Multinationals such as Facebook, Microsoft, America Online and Uber have entrusted Studio O+A with the design of their corporate headquarters, which have gone on to become well known internationally. 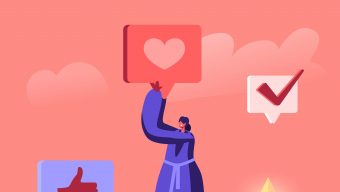 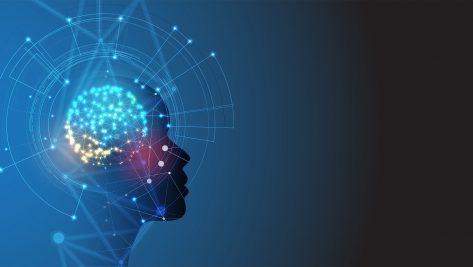