Many of today’s organizations want to be disruptive, but few are prepared for it. With markets becoming more competitive than ever, being the best is no longer enough: you also have to differentiate yourself from the crowd. As companies vie to become customers’ top choice, creativity has taken on a fundamental role in the race towards disruption. In this article, Thierry Campet, Adjunct Professor at IE University and founder and CEO of Aetas, explains how major organizations are approaching innovation from a creative perspective in order to establish a competitive difference between themselves and other players.

Being truly disruptive requires more than just being better than your competitors. For one thing, you have to constantly challenge your offering and ensure it matches users’ needs. Beyond that, surprising designs and innovations involving advanced creative techniques have increasingly become the hallmark of companies determined to succeed now and in the future. Is your brand creative enough? 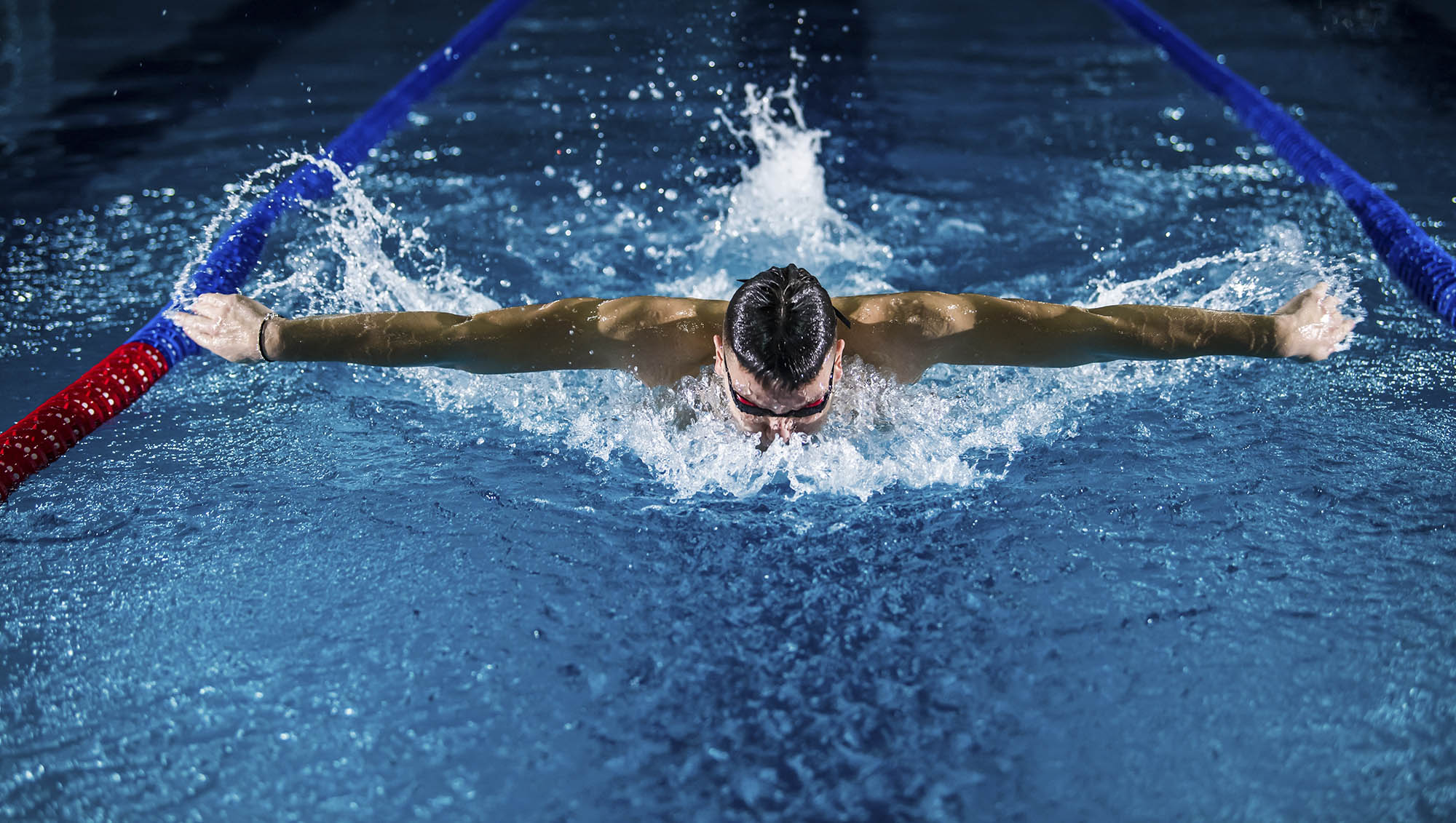 A CD player protected behind transparent doors that slide open as you approach! Above and beyond its sound quality, Bang & Olufsen is renowned for its design. However, as a means of ensuring the independence of its thinking and creation processes, the company does not employ full-time designers. David Lewis, one of the company’s main designers, is a freelancer who has been based in Copenhagen since the 1960s and now runs his own design agency. Bang & Olufsen believes that this distance keeps the brand’s creations true to the initial vision: amazing designs not driven by functionalities. In fact, many of the company’s designs are displayed at New York’s Museum of Modern Art. The aim of Bang & Olufsen, according to former CEO Anders Knutsen, is to “offer a better life.”

I wonder whether Bang & Olufsen ever started their board meetings with “How can we create better speakers than Yamaha or better TVs than Samsung?”

Similarly, in the last 15 years of my career in financial services, how many times have I heard the following supposedly thought-provoking statement, used with pride by large consultancy firms, to kick off a brainstorming session: “In order to be better than [insert the name of your closest major financial competitor], we need to assume that Google is going to launch a new bank tomorrow. What would that bank look like?”

While leading major global re-branding and re-positioning projects for banks over the past few years, this approach got me thinking. Banks, and financial institutions in general, evolve in a highly commoditized context, locked in a highly, yet necessarily, regulated environment. Meanwhile, unicorns are jumping all around them, freely leveraging the digital economy and building platforms that cost close to nothing to replicate globally. It is a tempting prospect, yet frustrating at the same time. So the banks get caught up in a dream: “Let’s be better than our best-known competitor, using the same creative techniques as the next improbable breakthrough startup. And let’s innovate. Let’s be the next Apple of financial services!”

By being different, Bang & Olufsen did not ignore the industry they were in. But they did encourage their audience to look in another direction.

Be different, not the best

In 2018, I counted over 200 different banking award ceremonies in the United Kingdom alone. Most of these were “peer-to-peer” awards where finance professionals judge and rank banks on their services. Very few were actually based on client surveys. In banking, we absolutely love rankings. When we win an award, we flash it on our website, print it on our business cards, and spend a fortune on copyrights to promote it on social media. This gold rush makes or breaks us. Quarterly results can even be impacted by these trophies. We become obsessed with being better than our most feared competitor. Rankings have become just another KPI for success—one that we spend months preparing for every year. And because the industry would love to have everybody win something at least once, many rankings have become very specific, very narrow. Very bank-product-centric. Very self-centered.

Along the way, aren’t we forgetting to consider what would actually be better for our clients? Striving to be better than our peers to earn the coveted gold medal has given us strategic blinders. Who do we serve? Bang & Olufsen did not want to shoot for the best sound ever. Entering an overcrowded environment with many high-end studio players, where good sound was often synonymous with ugly boxes, would have involved a me-too strategy that was not at all attractive for such a cost-intensive business. Bang & Olufsen did not aim to be better. They aimed to be different.

Keeping your eyes on your known competitors will prevent you from disrupting.

The winner doesn’t take it all

By being different, Bang & Olufsen did not ignore the industry they were in. But they did encourage their audience to look in another direction. In 1979, the Sony Walkman created the portable music industry, which later evolved from cassette tapes to memory sticks. Eventually Apple launched the iPod and simply ravaged the market. In a similar vein, Tesla did not invent anything new. The first mass-produced hybrid car, the Toyota Prius, was launched in 1997. BMW launched its all-electric i3 six whole years ago. And yet today, Tesla is seen as the epitome of electric cars.

Bang & Olufsen still makes speakers, Apple makes “walkmans,” and Tesla’s cars have four wheels like any other. None of them broke the core of the industry they operate in. In fact, they pride themselves on delivering (almost) flawlessly to that core. Yet they fundamentally disrupted their respective industries, quite possibly for good.

They discovered that the value chain of those industries was only as good as its weakest link. Break one piece of it and replace it with something different, and a new market is created. Bang & Olufsen broke the conundrum that good sound had to be ugly (in the traditional passive speaker business, you needed a large wooden box to create quality sound). Apple built iTunes to go with its iPod for simplicity and access, destroying the traditional—and highly lucrative—music distribution channels. And Tesla made electric cars appealing inside and out (the Prius doesn’t stand out for its look).

Keeping your eyes on your known competitors will prevent you from disrupting. If you think that someone can disrupt your market just by doing everything you do, then you are ignoring the obvious back door through which a Google can enter and make the entire payment industry irrelevant for banks—without ever bothering to build a bank.

But then comes the next question: Isn’t disruption inherently ephemeral? Couldn’t Mercedes build a “better Tesla” now that the door is open? 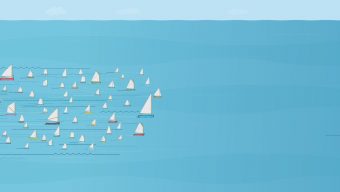 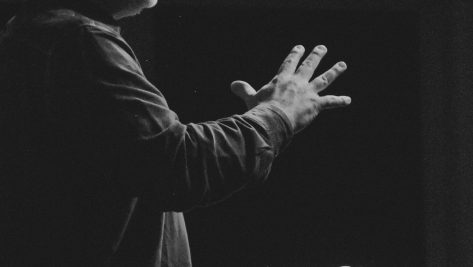 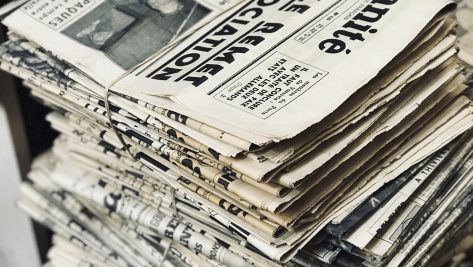