Leading language learning company Busuu, founded by IMBA alumni in 2008, will be acquired by Chegg. What started as a simple idea developed during the IE Venture Lab, turned into one of the world’s leading language learning platforms with over 120m users. The company has just announced a €385 million acquisition deal with the NYSE listed edtech leader Chegg.

California-based Chegg will acquire the company, founded in 2008 by IE Business School alumni Bernhard Niesner and Adrian Hilti, in the first quarter of 2022.  The deal cements Busuu’s standing as a leader in the $17 billion digital language learner market.

“Being acquired by Chegg is a fantastic milestone for a project that began 14 years ago when I met Adrian during our International MBA in 2007,” said Busuu CEO  Niesner.

“What started as a simple idea at Maria de Molina, ended up being one of the largest language learning platform in the world with over 120 million users.”
Bernhard Niesner, CEO of Busuu 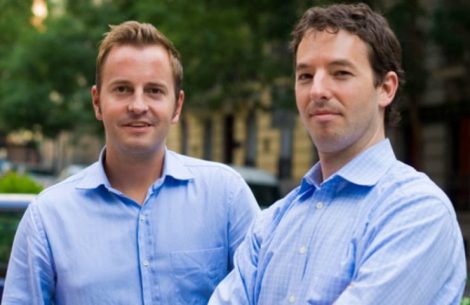 Bernhard Niesner and Adrian Hilti, circa 2007.

Busuu is currently operating in over 160 countries. According to Niesner, Chegg’s size and reach will allow the impact of Busuu to expand further and more rapidly, especially within the U.S. market. He also highlighted the compatibility in corporate culture and values that exist within both companies, with the goal of always putting students first.

“Our vision is to empower everyone in the world through languages and now we have a strong partner to achieve this vision even faster,” said Niesner. “I am excited about this joint future and will continue my role here as CEO of Busuu.”

Adrian Hilti left the business operationally after a couple of years but continued to be a shareholder and board member.

The Busuu platform offers courses in 13 different languages in tailored, self-paced courses that allow users to practice their skills with other users of their global community.

According to the company, in a study led by the University of Maryland, they were able to demonstrate that Busuu users are able to advance up to 77 hours faster than in an average course. Moving up one college semester, which usually takes between 90 to 105 hours, can be done in an average of 13 hours in a two month period.