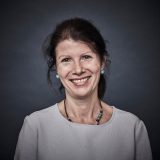 President of the IE International Women´s Board

Dr. Celia de Anca is currently the Director of the Center for Diversity in Global Management and professor of Diversity and Islamic Finances at IE Business School. She was previously the Director of Corporate Programmes at the Euro-Arab Management School (EAMS), Granada. She has also worked for the Fundación Cooperación Internacional y Promoción Ibero-América Europa (CIPIE) and at the International Division of Banco de Santander. She has a master’s degree from the Fletcher School of Law and Diplomacy (Boston), and from the Universidad Politécnica de Madrid. She holds a degree and PhD from the Universidad Autónoma de Madrid, with a comparative thesis on Islamic, ethical/ecological investment funds and on the London Market.

She is the Author of Beyond Tribalism, Palgrave McMillan 2012, and co-author of the Managing Diversity in the Global Organization. Macmillan 2007. She had articles published in specialized journals, in addition to regular articles in the press. She was an external advisor of the Merrill Lynch’s Diversity & Inclusion Council up to 2009. She has been a member of the Executive Committee of IE Business School from 2006 to 2016. She is a member of the Ethics Committee of InverCaixa’ s Ethics Fund, Spain and a member of the International Scientific Committee of the University Euromed in Marseille, France. Member of the FAA Accreditation Panel for Islamic Finance (Malaysia) since 2017. She has received the award of the women executive of the year 2008 by the Business Women Association of Madrid. (ASEME) Ms. de Anca is fluent in Spanish, English, French and Arabic. Her work is regularly cited by the most influential thinkers including Zigmunt Bauman. Prof. Celia de Anca is listed at the 2013 top50 thinkers ranking of global management thinkers