The Economic Implications of the Coronavirus 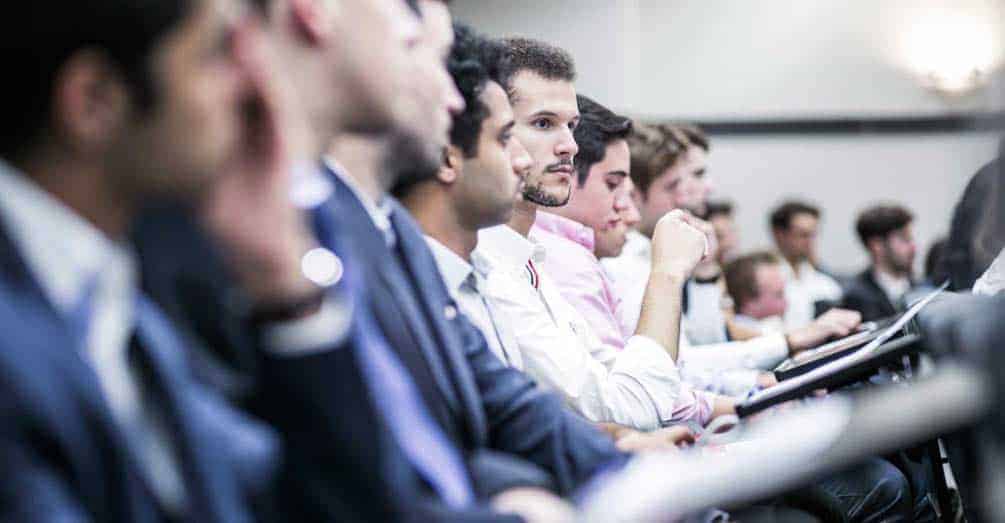 The crisis in Europe began with a lockdown in Italy’s Lombardy region.  It was the starting point of the big falls in the stock markets of Europe, the United States, Japan, and the emerging markets. The coronavirus pandemic has set in motion a bigger drop the markets than those produced by this century’s other two crashes: September 11, 2001 following the attack on the Twin Towers, and the Lehman Brothers bankruptcy in September 2008. This time, the stock markets have come crashing down just a little more than a month into the coronavirus crisis, dropping an average of 32%.  Consider, in contrast, the fact that, over the same period after 9/11, the markets fell by 3.5% on average and in the case of the Lehman Brothers, the fall amounted to around 18%.

Furthermore, in this crisis, the value of gold, the safe-haven asset par excellence, has fallen by around 10% over the last month, while in 2001 it rose by 4.5%. It also rose after Lehman, by 11%. Now, with the coronavirus, it is possible that the counter-intuitive decline is due to the sale of precious metals in order to obtain liquidity to cover portfolio positions. The only thing that has withstood the shock are US treasury bonds, which have garnered returns of somewhere between 4% and 7% during the last month.  This is as opposed to the public debt of European countries, and notably German public debt, where 10-year bonds have gone from trading at -0.8% in mid-March to between -0.1% and -0.3% in recent days, with their consequent fall in value due to these increases in returns.

This global stock market catastrophe is happening because, according to the IMF, the World Bank, and the OECD, world economic growth will fall from an expected 3.3% in 2020 to 2% – assuming the pandemic is brought under control by the end of the second quarter of 2020 – and then on to 0.8% if it takes until after the third quarter. For its part, the US economy will shrink by -0.1% this year, based on a worst-case scenario of not bringing the pandemic under control until the third quarter of 2020.  In Europe, that contraction would be -0.7% under the same scenario and, in the case of Spain specifically, GDP growth would be -0.2%. China would be left with a growth of 3.5%.

According to Fidelity Investment’s Quarterly Investment Sentiment Index for March 2020, most respondents in the United States, Europe, Asia (excluding China and Japan), and Latin America think that they will be affected by Covid-19 for the whole of the year, while in China and Japan expect the impact will only be for the first half of 2020. The same report shows that Japan and Europe will be most affected by a reduction of profit, and China and the United States the least affected.

This stagnation scenario has prompted a raft of monetary and fiscal policy measures from central banks and governments.  Interest rate cuts by central banks are now a given for all countries with rates above 0%.

The Federal Reserve, in an unprecedented move on March 15, lowered interest rates from 1%-1.25% to 0%-0.25%, but this was not enough to calm even the safest markets, such as government bonds and mortgages, where it had already decided to inject $500 billion and $200 million a few days earlier respectively. The Federal Reserve has now made the historic decision to inject an infinite amount of QE (Quantitative Easing) through the purchase of government debt and mortgage securitizations, while announcing new lines of financing for US companies and families, including buying corporate bonds. The Federal Reserve’s balance sheet now exceeds $4.5 trillion, a figure it reached during the 2008 Lehman Brothers bankruptcy.  As the current, unprecedented crisis continues, most analysts expect it to increase roughly another $2 trillion.

For its part, the European Central Bank has launched a second emergency pandemic package that will provide €750 billion through liquidity injections to buy up public and private debt assets. ECB President Christine Lagarde’s comments that the bank  was not in a position to contain eurozone debt spreads generated a sharp fall in European markets (including public debt, which was supposedly low risk) but which collapsed, forcing the ECB to come to the rescue. Lagarde evoked her predecessor Mario Draghi in saying: “there are no limits to the commitment to the euro.” There has been speculation that the ECB might now consider buying shares in private companies if the situation requires it.

However, without adequate fiscal stimuli from governments, all this liquidity will not be enough to prevent economies from dying on the vine. Governments are rolling out a battery of public aid and ballooning public deficits in the process. Budgetary stability pacts and deficit reduction have been abandoned.  In the case of Spain, for example, we are likely to generate a public deficit of more than 10% of GDP in 2020.

As lockdowns prevent consumers from making purchases, we begin to face a shock in supply and demand. Meanwhile, fiscal stimulus plans aim to protect health systems and prevent business failures and unemployment. The International Labor Organization says 25 million jobs could be lost globally through Covid-19, up from the 22 million people put out of work following the 2008 crisis. Governments worldwide have committed $3.5 trillion in fiscal stimulus, which is about 4% of global GDP.

It is certain that the best way to halt the spread of the pandemic is to stay at home, but it is also time for governments to properly manage the economy and finances on which we and our societies depend.

It seems unlikely that the recovery will be V-shaped; it is more likely to take the form of a shallow U.

The market is sovereign and we will continue to experience volatility for some time – but this is no longer a matter of avoiding a recession but a full-blown depression.

If there is one thing that worries me deeply, it is the huge amount of liquidity being injected into the markets by central banks and governments.  This compensation for the lack of real activity in the economy could cause inflation in the long run. The most dangerous type of inflation is not the result of economic growth, but the result of excess money supply without generating wealth – the much-feared stagflation: the temptation to simply print more money.

Let’s not forget the lessons of history. Nearly a century ago, during the Weimar Republic in Germany, the mark was totally devalued; in Mexico, between 1979 and 1988, the peso was wiped out; two decades ago, during the Argentine corralito, some 75% of the value of the peso was lost due to lack of international confidence; and over the last two years we have seen the collapse of Venezuela’s bolivar – in a country with the world’s largest oil reserves.

It’s now worth considering whether it is safer to own shares, which give ownership of businesses or debt, which is still a promise to pay. Only time will tell.