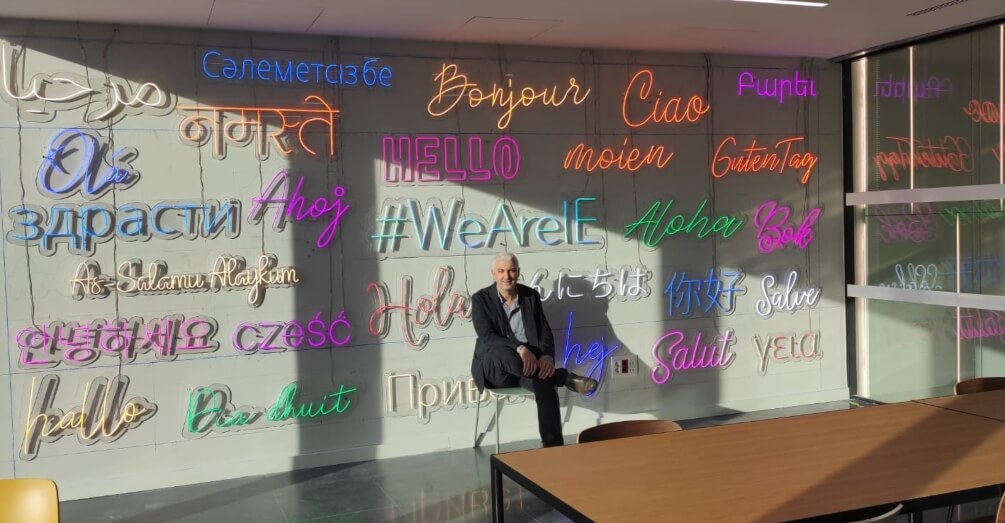 Meet one of IE Business School’s most influential thought leaders.

The ever-popular Entrepreneurship Professor Joe Haslam is passionate about the exponential power of scale-ups. And he should know. He is a founding team member of Marrakech, a Dublin based e-procurement company that raised over $75m in venture capital and scaled to over 250 people. He is the co-founder and Chairman of Hot Hotels, the first company from Spain to be accelerated by the Techstars program in the USA. Now, he teaches the award-winning elective Scaling Up Your Startup in the IMBA, Scale-up Yourself in the MIM and Scale-up Fundamentals in the GOMBA and EMBA Programs. He is also the Executive Director of the Owners Scale-up Program, refreshing business management knowledge and helping create an overarching strategy.

Meet one of IE Business School’s most popular professors: 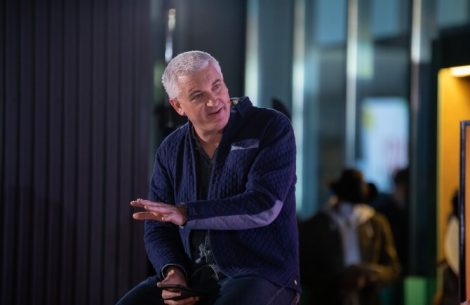 What brought you to IE? Where were you before?

I guess my connection with Spain goes back to dreary 1980s Ireland when the annual arrival of the Spanish students was about the only thing we had to look forward to– otherworldly, exotic creatures that we were terrified to speak to. And golfer Severiano Ballesteros was the coolest person imaginable. I remember his winning putt in the 1985 Irish Open shown live on TV. He gave a fantastic image of Spain abroad– brave, innovative, meritocratic and risk taking. It makes me laugh how golfers from Spain are better known in Ireland than in their home country.

My father took Spanish at university and he used to visit the country after it opened up in the 1960s. Slide shows from his holidays were a regular feature of my childhood. Spain, for us, was not the sun, sand and sangria of popular tourism but the country of 49 UNESCO World Heritage sites. I knew about the monastery of El Escorial and the alcázar of Toledo before I knew about the Beatles and the Rolling Stones. I’m now working my way through all 49 sites, except my daughters get to see these places for real. Most recently, we went to Mérida, how cool are the ruins of Emerita Augusta!

I was working in New York, Texas and California where the people having the most fun seemed to speak Spanish. I seemed to get on better with my coworkers who were from Latin America. As English speakers, Irish people usually are grouped with Anglo Saxon countries, but our personality and character though has been forged differently and are more Mediterranean. I wanted to come back to Europe to be near my family and so I applied to do an MBA at IE. The person who admitted me is still working in IE Admissions and I always compliment her on her excellent judgement. On my first weekend in Madrid, I went to a Celtic music festival where I met Laura. I didn’t speak Spanish and she didn’t speak English, so obviously we’re now married with two daughters.

Have you ever had an a-ha moment while teaching that furthered your research? What was it?

In my case, it was an a-ha moment that brought me into research. In 1998, I left a job in management consulting with five others to set up a dot com era company called Marrakech. In total, we raised over 75 million dollars and scaled to 250 people before we were acquired. Business education then focused on two things: how to start a company and how to run one. As both my parents were university professors, I was never afraid of asking questions or looking for answers in books. But, there was nothing written to help a fast growing company which was neither a struggling startup or a mature corporation. Twenty years later, it amazes me that there is so little research on scaleups. We have Schramm’s Law that “The single most important contributor to a nation’s economic growth is the number of startups that grow to a billion dollars in revenue within 20 years.” Dan Isenberg in Babson talks about businesses as gazelles. In an era where exponential technology is available not just to governments and large corporations, every SME should be taking the Owners Scaleup Program to learn how to scale.

In 2017 and 2018, with Igor Galo, we published a report on the Internationalization of Spanish Scaleups. Then came the pandemic and we missed 2019 and 2020 but we plan to resume in 2021 if conditions become more favorable.

What book do you wish your students would read before taking your class and why?

The importance of this book is best understood from a quote by Robert E. Lucas, winner of the Nobel Prize in Economics in 1995, “Once one starts to think about [exponential growth], it is hard to think about anything else.” The challenge is best described by the physicist Albert Bartlett “The greatest shortcoming of the human race is our inability to understand the exponential function.”

Growth is linear but scaling is exponential. If I could get away with it, I would teach the same Introduction to Exponentiality session fifteen times in a row rather than fifteen different sessions.

Please name one of your articles or books you feel addresses the most important issues in 2021 for IE alumni?

Yuval Noah Harari told a great story in a podcast with Tim Ferriss. His book Sapiens, which has now sold twelve million copies, was first called From Animals Into Gods and sold only 2,000 copies. He credits his need to be understood by first year students with forcing him to refine his esoteric concepts into simple language.

As a professor, you may not like hearing a student say, “how will taking your course get me a job with Amazon?” That is what many are thinking. My response is always that instead of trying to get a job at Amazon, they should be trying to get a job in the next Amazon! Thanks to Nacho Mateo, we now have a video shot in the WOW Room that explains exactly how to do that. The best wines in my very modest collection are an Argentinian Malbec and a South African Shiraz given to me by students I’ve helped with career advice.

My approach is similar to what Alex Banayan writes about in The Third Door. There are always three ways in. There is the first door: the main entrance, where 99 percent of people wait in line, hoping to get in. The second door: the VIP entrance, where the billionaires and celebrities slip through. But, what no one tells you is that there is always, always… the third door. Stop sending your CV to HR managers who never respond and start looking for the third door.

Whose research of your IE colleagues do you find interesting? Why?

The IE professor I work most closely with is Daniel Corsten. Operations is the most poorly understand part of scaling and he has the expertise in this area that I don’t have. How did we meet? He just walked up to me in the cafeteria once and said: “You are Joe Haslam, aren’t you? I have a student who says that we should work together.” We have recorded some videos together, as well as a podcast.

Someone I always enjoy speaking with is Peter Bryant who has a new book Augmented Humanity: Being and Remaining Agentic in a Digitalized World, which is free with open access.

The first names on my list whenever I’m choosing faculty for a new program are Rachida Justo and Cristina Cruz for their courses on Social Innovation and Family Business. In an exponential age, you must understand Social and 90% of business is family business. One of my favorites they wrote together is Perfiles de Filantropía Personal en España.

Finally, a participant in this year’s Owners Scaleup Program was raving about Joseph Pistrui’s work on Kinetic Thinking. Just when I was close to finally understanding what NextSensing was about, Joe tells me that “no, no, Kinetic Thinking is the real deal.”

Tell us one personal thing about yourself that none of your students know. A hobby, sport or talent? Strange fact? Unusual interest?

Although English is my native language, I still speak to my two sisters in the Irish language. Which is a completely different language to English. Growing up, there was a lot of Irish spoken in our our house. We used to go on holidays to an Irish speaking area and I went to an Irish language school. To get attention in class, I sometimes break into Irish. It brings the class immediately to order as it’s often the first time they have ever heard it.

True or not, I strongly dislike the assumption many people make that native English speakers are usually monolingual. Language and languages fascinate me. Just out of curiosity, I’m always interested to know the native language of the person I’m speaking with. I go on YouTube to know how good is Peter Thiel’s German or Bradley Cooper’s French. I’m on Quora to know how long would someone from the Czech Republic take to learn Russian?

I don’t know who exactly I have to thank but I won’t deny that I got kinda emotional when I saw the words “Dia Dhuit“ (meaning “Hello” in Irish) on the Neon Wall of Greetings in the IE Tower. We are a small county and things like that mean a lot to us. Ask anyone from another small country and they will tell you exactly the same thing.