Four members of the IE Business School community snagged coveted spots on Forbes’ list of 30 Under 30 in Spain 2018, the annual roundup of the brashest risk-takers of the year. 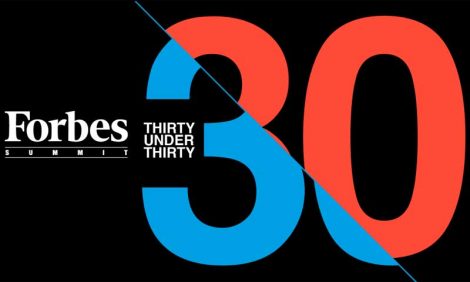 Wong, 30, who graduated from IE’s Master in Advanced Finance in 2016, founded and heads Fundie Ventures, which grooms early-stage start-ups and introduces them to venture capital and investor angels. Fundie focuses exclusively on companies that are committed to a positive and measurable impact on people and the planet. Wong was also chosen earlier in the year for Forbes’ U.S./Canada version and—separately– the Europe version of the exclusive list.

The 28-year-old Solis, who received his Master in Business Administration in 2016 from IE, is a founding partner at the new boutique hotel chain One Shot Hotels. As the Brand Developer, Solis created a new concept of lifestyle hotels, always located in prime areas of each city and focused on design and photography. Launched in 2013, One Shot Hotels supports artists who want to develop their careers by creating exhibitions and offering them a platform for their art.

Gonzalez Ruiz de la Torre, who graduated from IE’s Bachelor in Business Administration in 2016, is founder and CEO of global youth talent ecosystem Trivu, which changed its name from Pangea in 2018. Large corporations are increasingly turning to 24-year-old Gonzalez Ruiz de la Torre’s start-up to supply fresh talent and innovate their business models in the digital age. The Seville native was selected in 2017 as one of the 32 international emerging leaders under 25 by the Eisenhower Fellowship.

Jorgensen, a finalist in the IE Business School-backed innovator competition Comprometi 2.0 Livinplans 2015, is CEO and co-founder of MedicSen, which offers user-friendly technological devices to assist in predicting medical needs for diabetes patients. The company is now working on a non-invasive artificial pancreas that is expected to see the light in 2020. MIT Review named Jorgensen, now 27, one of the top Spanish innovators of 2017.