South Summit 2019 Becomes a Must for Unicorns and Angel Investors The IE-backed South Summit 2019 focused on innovation in business offered a unique platform for entrepreneurs to interact and posted record attendance.

The 6th edition of South Summit hit record numbers, with more than 20,000 attendees drawn to the innovation conference focused on business opportunities for the entire entrepreneurial ecosystem. 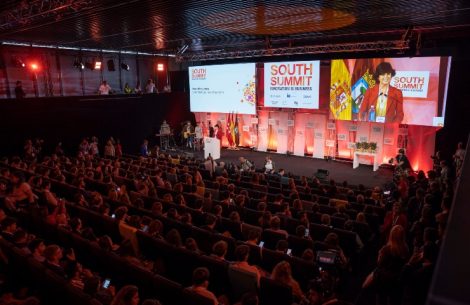 Spain’s acting Prime Minister Pedro Sanchez closed the three-day event, which is organized by South Summit-Spain Start up and IE University, and co-organized by the Madrid city government, in collaboration with BBVA, Endesa, Wayra, Sabadell and Google.

Live streamer, Streamloots snagged the top prize in the Startup Competition, beating the 100 finalists that were initially selected from more than 3,700 projects submitted.
Streamloots is a platform that allows thousands of people to interact in real time with live streamers and players, enabling users to earn money and monetize their audiences.

Spain’s acting Minister of Industry, Trade and Tourism Reyes Maroto used the awards ceremony to stress the government’s commitment to turn Spain in a hub where startups can thrive, highlighting regulations designed to equip entrepreneurs with the skills necessary to succeed.

“Let’s show the world that in Spain there is great entrepreneurial talent.”

“Let’s show the world that in Spain there is great entrepreneurial talent,” Maroto said. Meanwhile, IE University used the framework of South Summit to launch its new IE China Center. To mark its launch, the center presented a report that analyzes the similarities and differences between entrepreneurs in China and Europe: Entrepreneurship in Europe vs. China: a Comparison.