Tatsuya Izumi: How to embrace change and empower individuals 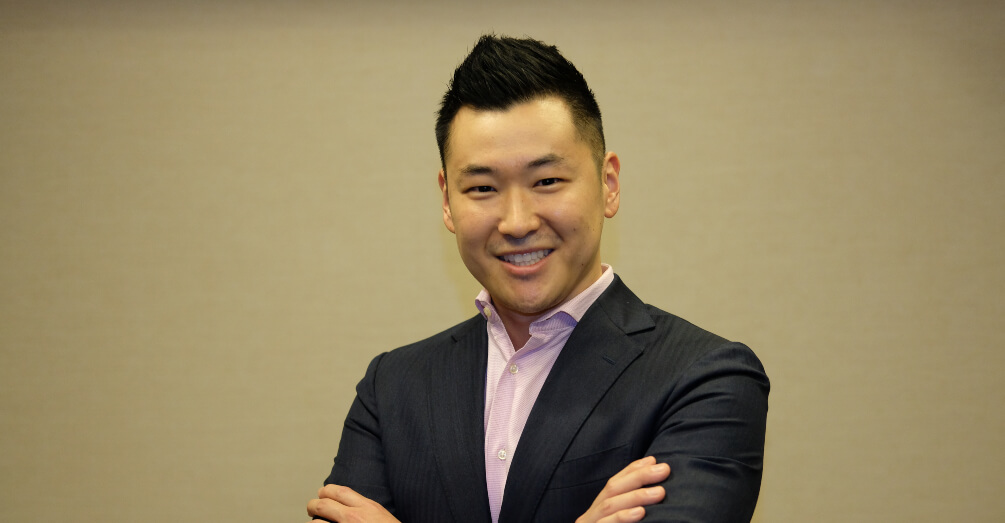 Someone wise once said: “The only constant is change”—and Tatsuya Izumi is someone that embraces that.

Tatsuya—who split his time between the US and Japan as a child, and is a 2016 graduate of the International MBA program—currently works as Strategic Business Partner for Marketing at The Coca-Cola Company, where he focuses on the Japanese and Korean markets.

These experiences early on in Tatsuya’s life laid the foundation for him to become an open-minded, curious person who thrives in a multicultural working environment. His background not only gives him an advantage in his current position, but also in past roles working for other multinationals in Japan, such as Citigroup and Deutsche Bank Group.

Tatsuya strives to lead and transform multinational, cross-cultural workplaces by adapting to the needs of modern-day society—something that is not always easy. He is passionate about people and creating a work culture that both empowers individuals and celebrates the diverse elements of an organization.

As a leader of a multicultural team, he’s constantly immersed in interesting and complex projects, whether it be consolidating operating units across different regions, adapting regional products—such as Georgia Coffee, a favorite across Asia—for global audiences, or just navigating the day-to-day differences that come with working alongside people from so many different countries and cultures, including languages, time zones, working styles and even labor laws.

Taking into consideration all of the various projects across the different regions, there’s a common thread that runs through them: to embed and execute a human capital and organizational development strategy that amplifies a company’s values and beliefs.

Recently, Tatsuya was involved in The Coca-Cola Company’s “Emerging Stronger” project in which he was the architect of a dynamic corporate narrative that connected the company’s actions and messages with a diverse, ever-expanding set of stakeholders. While there were business priorities that were obviously very important throughout this project, Tatsuya found the “human” elements most satisfying. Working with teams from different countries who were all striving for the same goal and connecting with people across the globe was incredibly rewarding.

“The Coca-Cola brand is so powerful. I grew up drinking Coke—as did so many others—and these things that are associated with our memories really do drive who we are. Because Coke is so powerful, and found in so many different instances in modern society, when we do make a stance in terms of anything regarding social values or justice, it resonates, and so we do have a huge responsibility. We want to make sure that future generations continue to associate our brand with a positive, energetic and exciting image that promotes positive social values and beliefs.”

The establishment of values and beliefs within a company is something Tatsuya highlights as essential in benefiting not only employees, but the wider society as a whole.

Considering his background, Tatsuya was drawn to the International MBA at IE Business School because of its global reputation, but also for its diversity. That’s something he particularly appreciated about his time at IE Business School, which allowed him to gain cultural experience through interacting with people from different parts of the world every day. Creating diverse networks, understanding different views, and building connections has allowed him to get a better understanding of who he is as a person.

“IE Business School really changed the way that I look at life, and the way that I appreciate life as well. I’ve made great friends, but my mindset has also changed so much. The connections that I’ve made worldwide have really helped me set up and stand out from the crowd.”

Throughout all of his multicultural adventures from the US to Japan to Spain, he’s been able to meet all types of different people and experience different ways of living. Having a wide range of experiences—both good and bad—has influenced his personal and professional life and shaped him into the person he is today.

“I don’t believe that hard situations set people up for failure. I actually believe the opposite in that you always learn, and you always get something out of them. Even in new situations when you’re unsure—like not knowing a language in a new country—just put yourself out there, give things a try and you’ll see that something good will come out of it.”

All in all, Tatsuya’s passion lies in celebrating diversity and empowering individuals. A true believer of “giving whatever you believe in a try,” he strives for social change across the large multinational companies he has worked for.

His experience at IE Business School has undoubtedly helped him work towards his goal of promoting and celebrating diversity within the corporate sphere. Moving forward, he hopes to be able to continue instilling these values in Japanese society and Japanese corporations through leading by example and pushing for change.