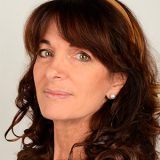 Angelica Kohlmann, a German-Brazilian citizen based in Switzerland, holds an MD PhD in Medicine from Hamburg University. She started her career in cancer research in the US, and later moved to the pharmaceutical industry, working in various positions, such as Strategy, M&A, Financial Planning and Head Global Restructuring. Later, Angelica became an investor in biotech and tech startups, with some meaningful exits. During this time, she co-founded Bloom Diagnostics, a fast-growing MedTech company, where she acts as Chairman. Angelica is a member of the Board of Directors Lonza Group, Chairman Kohlmann & Co and Chairman Advisory Board Peter Drucker Society Europe/ Global Peter Drucker Forum, Vienna. Angelica also serves on the Board of philanthropic organizations as the Swiss Technion Society, where she is President.

Angelica is passionate about new technologies, which will help people live longer and better around the globe.