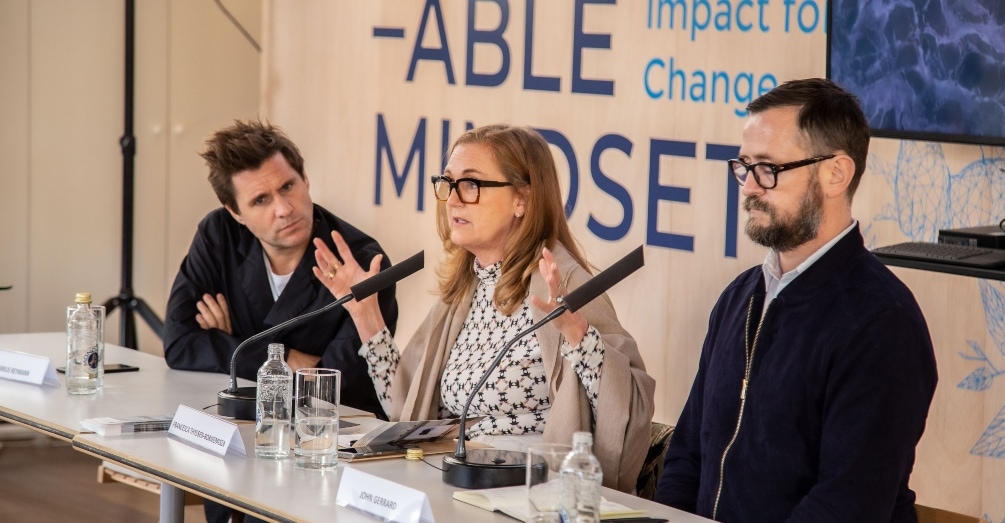 The prestigious collector takes part in a panel on art as a catalyst for social change.

Francesca Thyssen-Bornemisza, the internationally renowned art collector, curator and film producer, took part in a debate on Tuesday at IE University on ‘Art as an agent of change for sustainability’, together with artist John Gerrard and Markus Reymann, director of TBA21 Academy and The Ocean Project. This panel is part of ‘Education for Sustainability’, an IE University project that reflects the academic institution’s commitment to education as the driving force for change in the economy, society and the biosphere within the framework of the United Nations’ Sustainable Development Goals.

Diego del Alcázar Silvela, President of IE University, opened the event, after which Catalina Tejero, Associate Director of IE Arts & Humanities Division, introduced the panel, where Francesca Thyssen-Bornemisza shared her vision of the role of art in driving social change. The work of Francesca Thyssen-Bornemisza and the TBA21 collection is focused on protecting biodiversity in the oceans and reversing climate change, an interdisciplinary work in which they collaborate with scientists, artists, public and private institutions.

“We believe that the Humanities have the power to change things, to improve people.”

“We believe that the Humanities have the power to change things, to improve people. We have placed Humanities as a universal value at IE University”, said Diego del Alcázar. 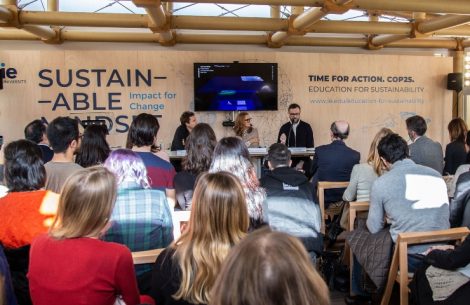 “Our commissions have encouraged a collaborative spirit among artists, scientists, public, private, and non-governmental organizations. We were criticized at first, but we began to acquire a reputation of excellence for that”, said Francesca Thyssen-Bornemisza.

“If an artist wants to be an agent of change, he or she needs to be on the streets, rather than be shut away within closed institutions where nobody goes. It is very important to support artists that work in the public domain,” noted John Gerard.

Francesca Thyssen-Bornemisza has also asked students how they see the future of art and what its purpose should be over the next decade, encouraging them to lead the change towards a more sustainable world.

‘Education for Sustainability’ reflects IE University’s commitment to education as the driving force for change in the economy and society. IE University experts are taking part in a series of conferences on campus and on the panels of the official program of the UN COP25 Climate Summit in Madrid.