IE University, best university in Spain and 23rd in the world in the Times Higher Education global employability ranking 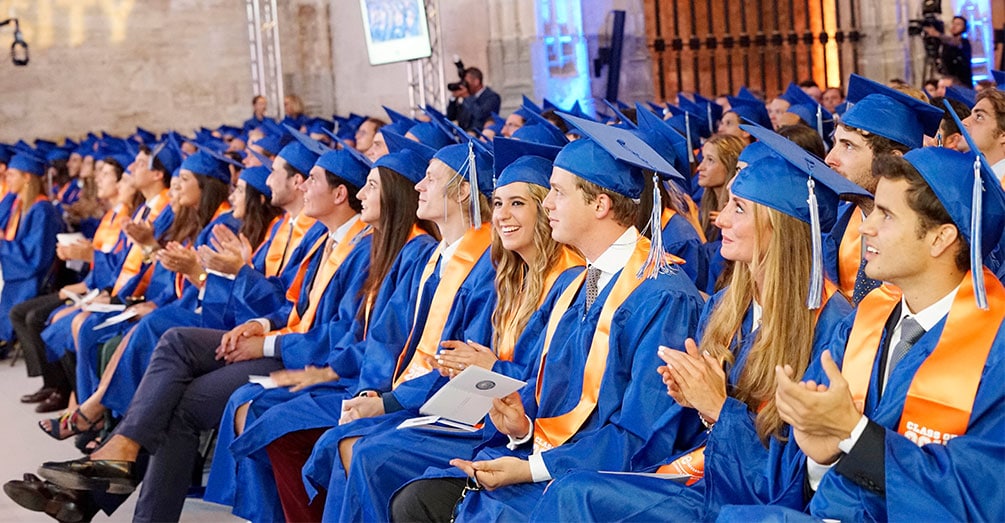 IE University consolidates its position among the top-ranked universities.

IE University is the best Spanish university, the 7th in Europe and the 23rd in the world in the Global University Employability Ranking 2019 published today by the British magazine Times Higher Education. IE University consolidates its position among the top-ranked universities by recruiters and managers of international companies.

Times Higher Education’s Global University Employability Ranking assesses the employability of 150 universities in 33 countries and analyses the opinion of 8,000 recruiters and managers of large companies who have hired more than 300,000 young graduates in the last year. Recruiters have contributed to the ranking with their opinion on the degree of employability of graduates in different regions of the world. The panel included the opinion of experts from 23 countries. Among the top 25 universities in the ranking are 10 from the United States, eight European, four Asian, two Canadian and one Australian.

IE, which offers 11 degree programs and five double degrees, has a global community of 4,100 students Segovia and Madrid centers. This academic year, 2019/2020, students from 116 nationalities joined its different degree programs. Of this intake, 74% is from outside Spain, making IE University one of the most diverse academic institutions internationally. Likewise, 55% of this year’s cohort are women.

Among the initiatives of this academic year has been the launch of three new degrees programs: Economics, and two double degrees with Data and Business Analytics. IE also launched Area 31 at the IE Creativity Center, located in Segovia’s historic Casa de la Moneda, with the aim of boosting students’ creative talent, their entrepreneurial character and helping them prepare innovative projects.

The university has launched the IE Center for Corporate Learning Innovation, designed to educate the leaders of the digital age and to develop the latest learning and management leadership methodologies. IE University also recently announced the launch of Europe’s first Tech MBA, a program that will begin in September 2020, which provides an immersive learning experience in the areas of technology, management and transformational leadership for executives who want to develop their careers in technology and/or technology-centric companies or those who want to work in technology/digital positions in other sectors.