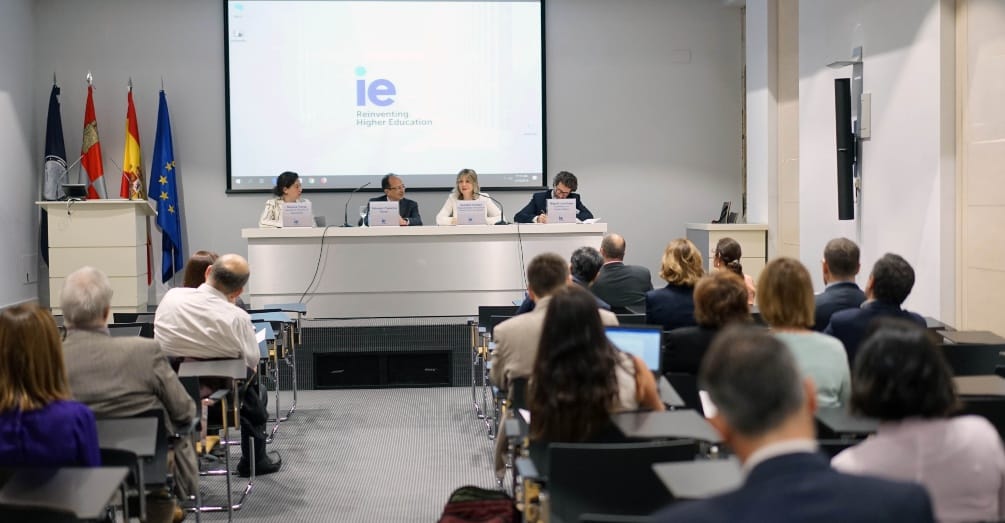 The conference is open to the public and takes place in Segovia Campus to celebrate the 800th anniversary of the Santa Cruz la Real convent.

IE University and IE Humanities Center have organized an international conference to be held between June 10 and June 12 on the creation of universities in Europe’s peripheries entitled From the Scriptorium to the Library. The event, open to the public, takes place on the occasion of the eighth centenary of the foundation of the convent of Santa Cruz la Real in Segovia, a national monument housing the campus of IE University.

Participating in the conference are experts from a range of disciplines within the field of the humanities from the United Kingdom, Turkey, Portugal, Spain, Germany, Russia, the Czech Republic, France and Denmark, among others. The opening speech was given by Santiago Íñiguez, the president of IE University, who then introduced Soledad Atienza, Vice Dean of IE Law School, who gave a lecture on the use of comparative law in legal education: a bridge from medieval Bologna to 21st century.

Under discussion is the relationship between the emergence of universities in the early medieval period and the situation today regarding the creation of new universities.

Under discussion is the relationship between the emergence of universities in the early medieval period and the situation today regarding the creation of new universities. In addition, participants are analyzing the connection between European universities and the continent’s periphery. Among other issues, they are discussing the paradigms of universities in Western Europe, along with the models of the Eastern Empire, Russia and the Iberian Peninsula. Likewise, they will look at the role of convents and university models located at the borders of Europe and other areas of the world.

Among the factors that led to the emergence of universities were the Carolingian renaissance, the venularization of culture, the growth of cities and the emergence of new social groups. However, in large areas of what is now considered Europe, or more accurately, Eurasia, the social and intellectual factors that defined the emergence of universities were often absent. In areas where the process of Christianization and literacy occurred later or where the monasteries as the only centers of learning and literary activity lasted longer, where there was permanent conflict or where the necessary social environment had not yet emerged, the scriptoria and the libraries of the monasteries and convents maintained knowledge and cultural traditions against the odds for many years.