IE University’s Segovia campus will host Hay Festival events on the challenges of peace, sustainability, and the global economy 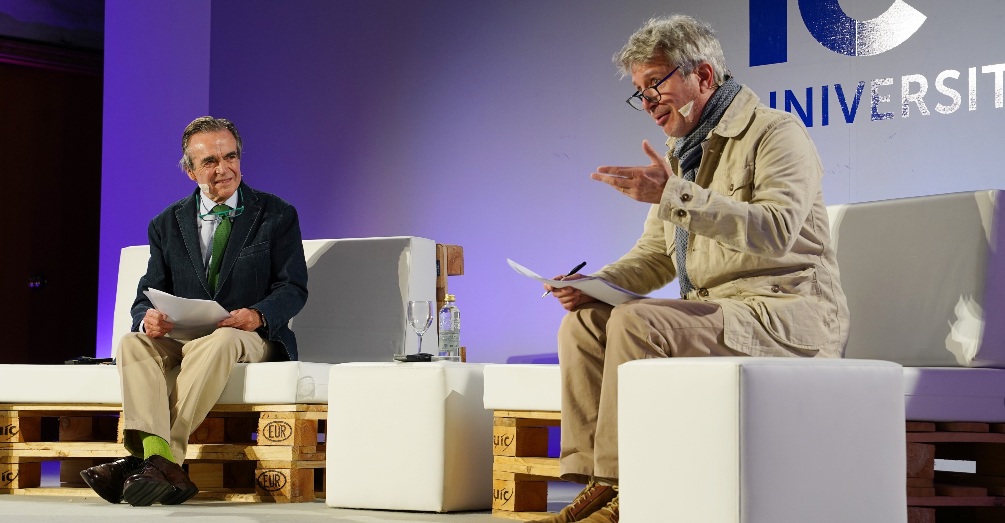 IE University will be the venue for more than 20 events on its Segovia campus, September 16-19. Photo: Roberto Arribas.

Between September 16 and 19, IE University will host more than 20 events during the Hay Festival Segovia 2021, the international cultural festival and recipient of the Princess of Asturias Award for Communication and Humanities in 2020. The prospects for world peace, challenges of sustainability, and growth of the global economy will be among the topics covered at IE University’s Segovia campus. This year’s edition will be hybrid, bringing together international figures in person and broadcast via live streaming.

Santiago Iñiguez de Onzoño, President of IE University, will sit down with Lucy Kellaway, writer, former Financial Times columnist and now school teacher, about the keys to starting a new career later in life. Other guests include Javier Maroto, a Popular Party senator, Elcin Poyrazlar, Turkish author and columnist, Gonzalo Garland, economist and executive vice president of the IE Foundation, while Pallavi Aiyar, Indian journalist and deputy editor of The Globalist, will discuss the challenges of global economics and politics with Giles Tremlett, the author of several books and a former correspondent for The Guardian.

In the run up to COP26, Nick Bridge, Special Representative of the British Government for Climate Change, Eva Saldaña, Executive Director of Greenpeace Spain, Eduardo Brunet, Founder and CEO of Greenward Partners, and Rubeena Singh, a graduate of IE University and former President of the IE Net Impact Club, will discuss the challenges of sustainable management and the future of our planet in a panel moderated by  Financial Times’s Daniel Dombey and presented by Isabela del Alcázar, IE University’s Director of Sustainability.