LEGO prosthetic designer David Aguilar: The only thing that matters is to keep fighting for your dreams 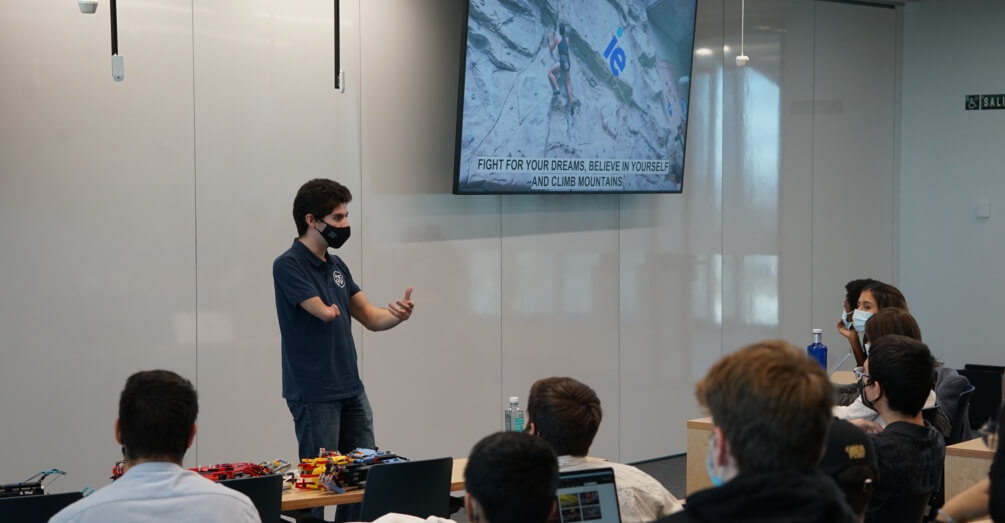 During the event, David Aguilar spoke with students on the importance of perseverance in the face of adversity:

“The only thing that matters is to keep fighting for your dreams, stand up for yourself and treat everyone with respect.”

Aguilar was born with Poland syndrome, which affected the development of his right arm. He began his journey of designing, building, and programming prosthetics at the age of nine after being gifted a Lego set. Now at the age of twenty-two, he has completed four ‘MK’ Lego prosthetics that have received praise from the likes of Charlie Wen from Marvel Studios and NASA.

During the event, Aguilar recounted how, before his person of ‘Mr. Hand Solo,’ he was bullied in school for his appearance. This is why, he explained, he now stresses the importance of harnessing a culture of respect across all spaces, including universities.

“I am different,” he told students, whilst explaining how he coined the term “difabled”, different-abled, as an alternative to “disabled”. Through conversations such as this one, he encourages people of all ages to “climb the wall of the social stigmas we have of disabilities and fight against the people who discriminate.”

Winner of Lego Masters France, publishing his first book “Pieza a Pieza” and receiving eight Goya award nominations for his documentary “Mr Hand Solo” are only some of his latest accomplishments. Despite all of this, Aguilar emphasized to the student audience that “all these experiences mean nothing if they don’t serve to motivate and inspire people.”