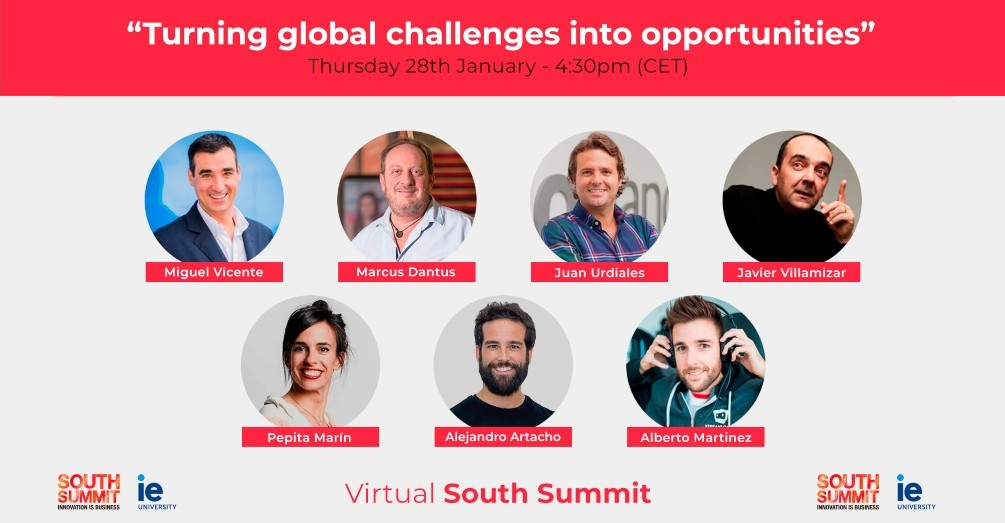 South Summit and IE University will hold the first virtual versión of the event through South Summit’s 365 platform. Transforming global challenges into opportunities will be the theme of the 2021 Virtual South Summit, which will be held on Thursday, January 28, at 16.30 with free access for those interested in participating.

Organized by South Summit and IE University, the event will be attended by leading entrepreneurs and corporations,who will share their experiences and experiences acquired in the construction of successful business projects created in times of crisis and uncertainty like the present.

Also participating will be representatives from leading corporations committed to open innovation via startups, such as Google for Startups, Ferrovial or Mapfre; as well as investors from powerful international funds such as Softbak and ecosystem leaders such as Miguel Vicente, President of Barcelona Tech City and Antai Venture Builder; or Marcus Dantus, Founder & CEO of Startup Mexico and Managing Partner of Dux-Capital.

The meeting will be held via the South Summit 365 platform, which will allow all those attending the possibility of networking before, during and after the event and to establish new ways of connecting to generate business opportunities.