Bachelor in International Relations - The Journey

Become an actor at a global level 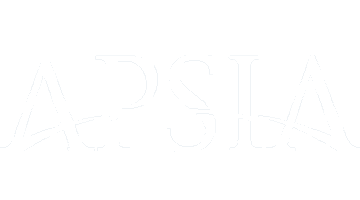 During your second year of your Bachelor in International Relations, you get the opportunity to set out on the Transformational Leadership Journey. This trip not only allows students to put everything they have learned in the classroom into practice—it’s also an exciting journey of self-improvement and discovery.

On previous trips, students have gone to awe-inspiring locations, where they were presented with a range of physical, mental, and professional challenges. Immersed in some of the world’s most incredible natural landscapes and guided by inspirational leaders, the group was encouraged to come together, building key teamwork skills as they grew as individuals.

You will take part in an experience that’s carefully designed test your limits, broaden your horizons, and challenge your way of thinking. During this three-week trip, you can expect your comfort zone to expand as you push yourself to achieve new things. At the end, you will return to your university with new perspectives and outlooks on yourself, your peers, and the world around you.

Get ready for your transformational journey.
Want to know more?

During the Transformational Journey of 2019, students had the opportunity to enhance their learning by traveling across Nepal and Bhutan. This journey was an experience like no other.
Lasting 17 days, it was an unparalleled opportunity for students to gain a global perspective and witness first-hand what life is like in different countries around the world. Among other activities, students trekked through the Himalayas whilst learning about leadership and team building, and acquiring other soft skills. They also met with the developers of the Bhutan Gross National Happiness Index, and assisted at several wellness events, including meditation workshops and lectures within Bhutan’s Institute of Happiness.

Trekking through the Himalayas whilst learning about Leadership, team building and other soft skills

Getting involved: Making an impact by participating in several social projects with different foundations

Activities about wellness, meditation workshops and lectures with the Institute of Happiness of Bhutan

“We met with the head of the Gross National Happiness Index in Bhutan and learned not only about the history of Bhutan, but also about their truly fascinating endeavor to implement happiness as a measure of success instead of GDP.”

“This trip has completely transformed my experience in the bachelor’s, as I’ve been able to experience first-hand how different cultures work. I learned that life is not about material things, but your mindset, and the importance of being open to new experiences.”

“The trip was transformational for us as a group—before, none of us really knew each other, but if you saw us now you wouldn’t be able to tell that we only became friends two weeks ago. We’ve been through so many challenges and overcame all of them together, and all of those amazing experiences made us stronger as a group.”

“My favorite part of the trip was trekking the Himalaya with the Sherpas. Not only did they guide and help us, but we became really close with them, and stayed up in the evenings playing cards and chatting with them. They were an integral part of our team and really made our experience.”

“My favorite part of the trip was definitely meeting Edurne, who’s become a huge inspiration for me. She helped me discover a new, lifelong passion, which I can’t wait to continue developing. She’s an amazing person, and just having her in my life has been a wonderful experience.”

“I would definitely recommend this trip to anyone studying international relations. The experiences that you have exploring new cultures and learning new ways of thinking are all essential if you’re truly passionate about this field.”

Prolific Mountaineer, 21st person and the first woman to climb all fourteen ‘eight-thousand’ peaks in the World. A journey she began in 2001 after conquering Mt. Everest. Edurne will be introducing us to Nepal for an up-close look at gross national happiness and then a life lesson in alpine leadership skills with an expedition to the doorstep of the world’s highest mountain.

Want to know about the trip or get in touch?